People protest against the hosting of the Tokyo 2020 Olympic Games in Tokyo on July 23, 2021. (Photo by PHILIP FONG/AFP via Getty Images)

Protesters gathered in Japan outside the Tokyo Metropolitan Government Building to challenge the Olympic games. On Friday, nearly 50 protestors chanted “no to the Olympics” and “save people’s lives” while they held signs that read “cancel the Olympics.”

Prime Minister Yoshihide Suga continued to face criticism as activists have claimed he’s put the Olympic games ahead of the public health concerns of the country. Tokyo recorded a new six month high in COVID-19 cases just one day before the Olympics were set to begin.

“I can’t believe that, why the government allow that to happen, it’s unethical,” one local resident expressed. “We can’t enjoy it anyway, you know we can’t celebrate, it no mood for celebration. We are not happy, we are very unhappy about having our Olympics here in this city.”

An incredible firework display fills the sky to mark the beginning of #Tokyo2020. #OpeningCeremony #StrongerTogether pic.twitter.com/RqZGMKeNdE

Japan is still pushing ahead with the Olympics after spending $15.4 billion on the games. 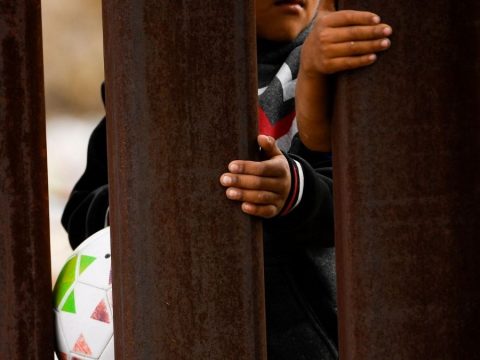 0 27
‘Sure, A Few Kids Drown. Some Get Raped’: Greg Gutfeld Flames Democrats For Blowing Off Border Crisis