Economists predict that the United States’ debt-to-GDP ratio will reach 210% by 2050 — and that cutting welfare is a far more effective strategy to address the crisis than “taxing the rich.”

According to Penn Wharton Budget Model, a nonpartisan think tank at the University of Pennsylvania’s Wharton School, the United States’ debt-to-GDP ratio is projected to hit 210% within the next three decades.

Since COVID and the lockdown-induced recession, the ratio has soared from 108% to 125%. In other words, the national debt is now 25% larger than a full year’s worth of output from the entire American economy.

PWBM released an interactive tool last summer with which Americans can see the effects of tax and spending policies on the federal budget. Among the possible solutions to climbing debt levels are various taxes on the wealthy and various welfare reforms.

The group’s projections reveal that in virtually every category — including debt reduction relative to GDP, economic output, and wealth equality — reforming welfare is significantly more advantageous than raising taxes on the rich.

The package for raising taxes on the wealthy — which would add $4.1 trillion in budget surplus by 2031 — includes raising the top rate on ordinary income from 37% to 45%; taxing capital gains and dividends at ordinary rates and taxing unrealized gains at death; expanding the base of employment taxes to cover all pass-through income; lowering the estate tax exemption from $11.7 million to $3.5 million; levying an annual 1% tax on net worth above $50 million; and raising the corporate tax rate from 21% to 28%.

Compared to current policy conditions, taxing the wealthy would boost GDP by 2.4%, capital stock by 7.4%, and average wages by 2.1% within the next thirty years — a reality that would thereby lower the projected debt-to-GDP ratio from 210% to 168%.

The policy proposals would severely and disproportionately harm older Americans in the top quintile of income earners, who tend to rely on capital gains. Taxpayers who are 70 years old at the beginning of the simulation would lose an average of $5.7 million in wealth for the remainder of their lives.

Meanwhile, younger Americans in the top income quintile would most strongly benefit; on average, wealthy Americans born fifteen years after the simulation’s start would observe lifetime wealth rise by $159,200.

In comparison to taxing the wealthy, however, enacting welfare reform would be more successful in encouraging economic growth — even while pushing debt below current levels.

These policies would boost GDP by 5%, capital stock by 9.5%, and average wages by 1.4% within the next thirty years — respectively representing 2.6%, 2.1%, and 0.7% improvements over taxing the wealthy.

By enacting cuts to welfare, Americans across both age and income groups more equally share the resulting economic burdens. Although the worst of the impact — a lifetime wealth drop of $38,200 — still applies to wealthy Americans, no cohort would lose nearly as much as under the higher tax environment.

All copyrights and legal uses attributed to content are located at the article origination: © Daily Wire, To Cut National Debt, Welfare Reform Is Much Better Than Taxing The Wealthy 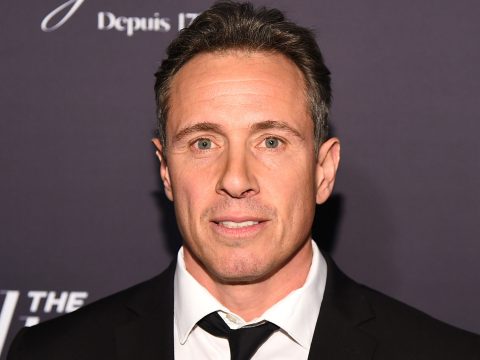