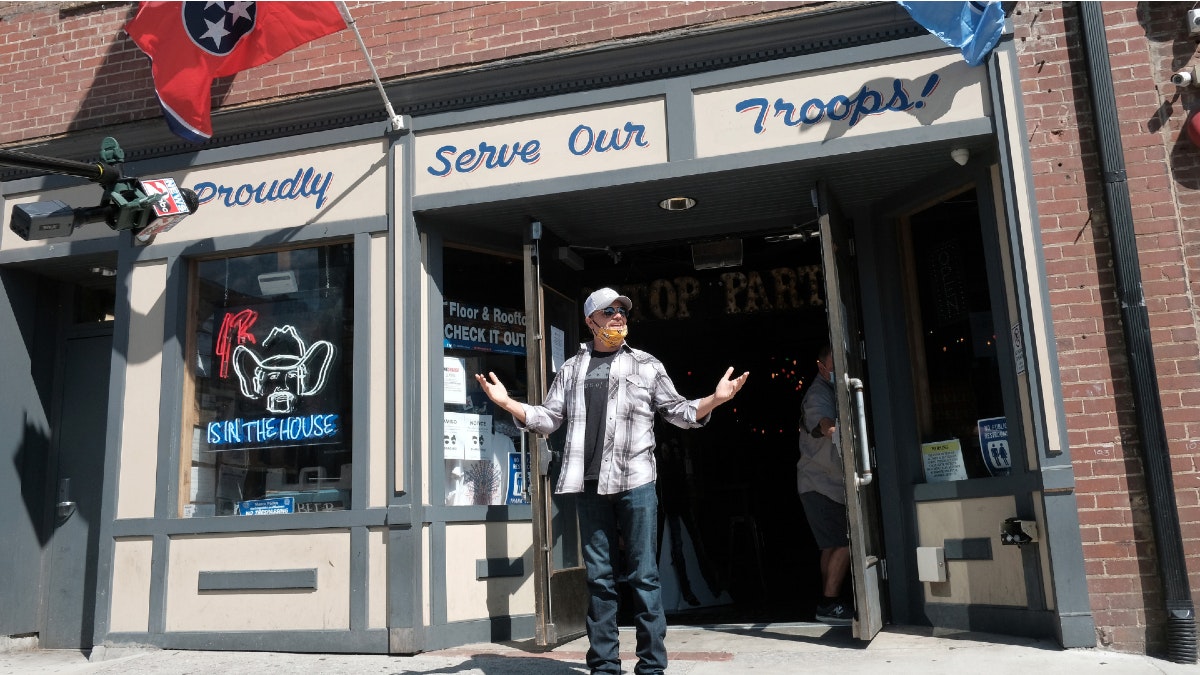 Popular podcast host Tim Pool announced on Saturday that he has had to cancel his upcoming musical appearance at John Rich’s Redneck Riviera Bar & BBQ in Nashville, Tennessee, due to a “credible death threat” against his life.

Pool, the host of Timcast, told his followers that he wanted to continue with his appearance despite the apparent danger, but that continuing with the show could put others at risk on Saturday afternoon.

“Bad News,” Pool tweeted Saturday morning. “Due to a credible death threat against me our show at Red Neck Riviera has been canceled.”

“I said f*** em but I was warned other people could get hurt and we can’t risk other people’s safety,” he added.

Due to a credible death threat against me our show at Red Neck Riviera has been canceled.

“The threat was compounded by intel suggesting an attempt was actually being made,” Pool clarified.

Country music star John Rich, co-founder of the whiskey brand Redneck Riviera and the restaurant and bar of the same name, tweeted his regret that Pool’s preformance had to be canceled.

“I hate this, but downtown Nashville on a Saturday is absolutely packed. The safety of the people comes first,” the co-founding member of the band “Big & Rich” tweeted.

I hate this, but downtown Nashville on a Saturday is absolutely packed. The safety of the people comes first.

Pool, who hosts one of the most popular shows on the internet, recently told his audience that he has been “swatted” eight times this year alone.

“Swatted” is a term used to describe the act of an individual phoning in a fake bomb threat or some other major threat to authorities in hopes that they will send a SWAT team to the intended target, despite no threat actually existing.

Given the seriousness of the threats alleged, authorities typically arrive prepared for the worst. The prank has the potential to lead to death and serious injury.

“We’ve been swatted eight times this year. It started on January 6 after we hosted Marjorie Taylor Greene,” Pool recently told The Daily Wire’s Candace Owens. “The first thing that happens is we’re recording our show — we do it live, we film live and then all of a sudden the door to the studio pops open, which is to my right side and I see a bunch of cops.”

“The cop walks through the room, does a sweep, then ends up leaving. And then we’re all confused as to what just happened,” he explained. “And we got confirmation from our crew downstairs that we were swatted.”

“January 6 was the first time it happened and then about a week later we got swatted again. Which was the same thing — this time they made a bunch of wild claims, the police show up again. Now they’re kind of aware of what’s going on. We’re now at eight,” Pool explained to Owens.

On Saturday, Pool surprised his fans with a live show from Rich’s house in lieu of his appearance at Redneck Riviera. His musical talents can be seen here:

This is a developing story; please check back for updates.

All copyrights and legal uses attributed to content are located at the article origination: © Daily Wire, Tim Pool Cancels Nashville Show After ‘Credible Death Threat’ Against His Life Surfaces

0 23
Yang Asked If He Chokes His Sexual Partners, Laughs But Doesn’t Answer

0 23
Suspect In Horrific Tour De France Crash May Have Fled The Country: Report