The day was all about arguably the greatest golfer who ever lived, but his 14-year-old daughter stole the show.

Tiger Woods, who has won 82 golf tournaments in his career, including 15 majors, on Wednesday was inducted into the Golf Hall of Fame — which two years ago lowered the age requirement to 45, making Woods, 46, eligible.

We could go on and on about Woods and whether he’s the best who ever played the game — Jack Nicklaus did, for the record, win 18 majors, but nine fewer total tournaments — but we’ll just cut to the speech by Sam Alexis Woods. Get some tissues ready.

“Thank you everyone for taking time out of your day to come and celebrate these inductees. Without your contributions, I know that this achievement would not be possible,” Sam said.

“Although I never met my dad’s most influential role model, my grandfather, Earl Woods, I feel like I can hear his voice every day, reminding me to ‘train hard, fight easy.’ This is an old Special Forces saying that he ingrained into my dad, who now says it to Charlie and I. It not only teaches us that we need to put in the hard work to get what we want, but it’s that hard work that’ll pay off in the end,” she added.

“In 2007, my dad found himself in position to make an 18-foot putt to force a U.S. Open playoff — which he missed by a foot” Sam said, prompting laughter.

“He then had to rush to the airport, fly from Pittsburgh to Orlando and drive to the Winnie Palmer hospital. Within five minutes of walking into the hospital room, still wearing his red golf shirt, on June 18, I was born. He may have lost that day, but he won the greatest gift of all,” she said, drawing laughter.

“His continual presence has been a significant pattern throughout our relationship. Whether it’s on FaceTime or school pickup, or violin concerts or when we fail to teach our dogs tricks, he’s always there. And it’s been at the soccer fields and golf tournaments over the years that Charlie and I have begun to realize how famous he actually is. I mean, how can a guy who still facetimes his friends to discuss Marvel and DC timelines and who goes to ComicCon dressed as Batman, be one of the greatest golfers that ever lived?” Sam continued.

“On a family trip to the Bahamas one year, we jumped into the ocean and started swimming along a reef. At first realized a couple of jellyfish but then noticed more and more. And after an epic battle with a swarm of jellies, we wound up having to cover ourselves with anti-itch cream. This did not deter us. We still went on diving and finding hermit crabs on the beach for the rest of our vacation,” she said.

“I realized while writing this speech that no matter what life throws our way, we somehow come out together and stronger. You know, ‘trade hard, fight easy.’ Recently, Daddy, you’ve had to train harder than ever. About a year ago, you were stuck in a hospital bed at one your ultimate lows and one of the scariest moments of your life and ours. We didn’t know if you’d come home with two legs or not,” Sam added.

“Now, not only are you about inducted into the Hall of Fame, but you’re standing here on your own two feet,” she said.

“This is why you deserve this. Because you’re a fighter. You’ve defied the odds every time, being the first black and Asian golfer to win a major, being able to win your fifth Masters after multiple back surgeries and being able to walk just a few months after your crash. Through thick and thin, you Charlie, Erica, Kunya, and I will always be a team,” Sam said.

“Dad, I inducted you in the dad Hall of Fame a long time ago. But today, I’m so proud to present my dad, Tiger Woods, into the World Golf Hall of Fame,” she concluded.

A teary eyed Tiger walked to the podium, hugged his daughter, whispered into her ear, and opened his remarks with this: “Crap, I just lost a bet to [fellow golfer Steve] Stricker that I wouldn’t cry.” 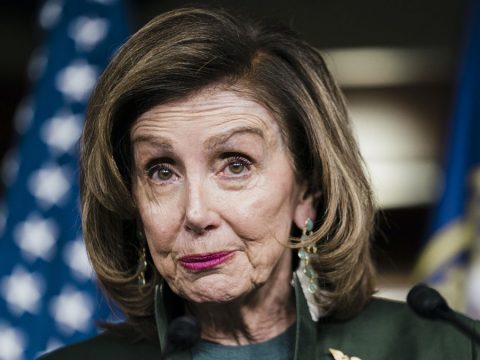 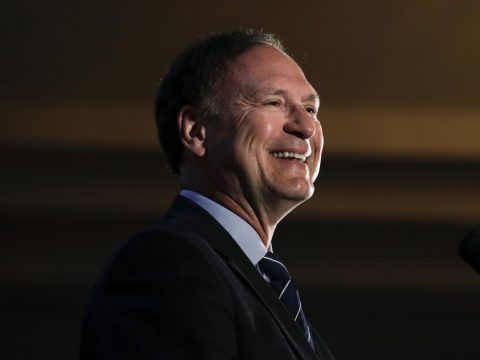