As American schools come back from summer vacation, it is a perfect time to intentionally roll back COVID policies and heartily embrace a return to normalcy. Failure to do so will result in more of the same and a generational crisis in the making.

It doesn’t matter if a teacher is a devout Christian or an ardent atheist — every single one of them is offering up something resembling a prayer these days: “Dear Lord, or Universe, or Whatever . . . Please let this school year be a return to authentic normalcy.”

If 2020 were the unfinished year, and if 2021 were the year of Zoom zaniness, then last year was the year of chaotic masking and quarantine policies without end. Let this year be the year that the United States finally decides it is time to turn the page on the pandemonium that has taken over our schools for the better part of three years.

Of course, in my home state of California, there are some who just can’t seem to let it go. Los Angeles Unified School District dropped its testing and masking requirements, but made it clear it would still prefer students to learn behind masks and that the masks were still “strongly recommended.” In the middle of summer classes, San Diego Unified School District  re-instituted a mask mandate for two weeks. UC Berkeley is also “strongly” recommending indoor masking and is mandating masks during flu season if someone doesn’t take the flu vaccine.

New variants will emerge. Cases will surge and recede ad infinitum. COVID is here to stay. But unless a more lethal variant emerges, it is essential that the adults in our educational system stop  delaying a return to normalcy. As much as most Americans hate to admit it, our children were in deep trouble long before anyone had ever heard of Coronaviruses, COVID, or mRNA vaccines.

Last year, I published an entire book on what teachers in the trenches of the school system were witnessing in their classrooms.

Our students are the unhappiest Americans in our country’s history as evidenced by skyrocketing rates of isolation, anxiety, self-harm, and even suicide. They are the loneliest age group.

Not only are American students unlikely to have a faith, but they are deeply ignorant about the teachings of the world’s major religions. They have a uniquely cynical view of their nation, its history, and the men and women who have sacrificed so much to establish it. They don’t date much. They socialize almost exclusively online, spending on average nine hours a day staring at their devices. They rarely read. Many of them never want to get married or have children. They often eat meals by themselves instead of with their families.

In short, the traditional anchors of life that nourish the soul and provide a buoyant sense of meaning and purpose are largely missing in our young people today. And this was before COVID made almost all of these ailments far worse.

The trendlines have not improved over the last year. Even progressive newspapers and commentators who are generally quick to dismiss generational critiques as being reflexively negative have started to admit all is not well with our children and that COVID policies made things worse.

The New York Times has admitted that the teen mental health crisis is now a matter of “life or death.” The Guardian published a story explaining that the reason teens “became obsessed with subtitles” is not because they love to read, but because they are so monomaniacally obsessed with their phones that they don’t want to wait for a scene to unfold before returning to their screens.

Marriage rates are at all-time lows. The U.S. birth rate has declined precipitously for most of the past decade. The U.S. military is having trouble meeting recruitment goals, partially because so many young people are either unhealthy or have criminal records.

Of course, even the most utopian educational reformers admit schools can never replace the paramount advantage of having a strong and supportive home life. But a return to normalcy in our schools would be an opportunity to insist upon behaviors, habits, and norms that can start to turn the tide.

More normalcy in our schools means less isolation at home and less pixelation for hours on end. Normalcy means academic rigor without apology. Normalcy means football games, debate tournaments, and pizza on Friday nights. Normalcy means addressing the gaps in literacy between the rich and the poor and bolstering the ability of adults in the classroom to model what substantive adulthood looks and sounds like for our children.

We can’t go back. American teachers have sounded the alarm bell. It’s time to do the serious business of righting the ship.

Jeremy S. Adams is the author of the recently-released paperback edition of book Hollowed Out: A Warning

All copyrights and legal uses attributed to content are located at the article origination: © Daily Wire, This School Year Must Be A Return To Normalcy

0 4
Pressed To Be Tougher On China Over Covid Origins, Biden Simply Smiles And Walks Away 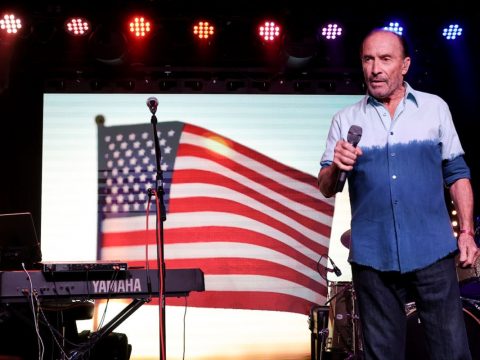 0 166
Lee Greenwood, ‘Proud To Be An American’ Singer, Latest To Pull Out Of NRA Weekend