UFC boss Dana White came to podcast king Joe Rogan’s defense last week, telling Rogan’s critics that they won’t be able to cancel the podcaster because he is now too big for them to hurt.

White appeared on the Jan. 20 episode of the Full Send podcast, and about 43 minutes into the show, the hosts brought up Joe Rogan.

White scoffed at the recent letter reportedly written by “270 doctors” that demanded that Spotify remove Rogan’s podcast from its service over the coronavirus “misinformation” Rogan had aired. White noted that many of these “doctors” who signed the letter aren’t actually doctors.

“Well, I know they had come out and said it was 200, 250 doctors or whatever. I guess when they started researching these people, they weren’t really doctors,” White said.

Indeed, a look into the letter’s signers revealed that only about 100 of them are actual MDs, and most of them are researchers, not practicing doctors. The rest are teachers, nurses, and other people in the medical field who don’t have the qualifications to practice medicine.

White went on to add that Rogan is a “brilliant” guy who does his “homework” and won’t be canceled.

“You’re not canceling Rogan. And the thing is with Rogan, he’s a brilliant guy, he does his homework, and he knows what he’s talking about,” White added. “And guess what? This is fuckin’ America, and you can have your own opinion about these things, and you can voice ’em. That’s what this fuckin’ country was built on. And all these little whiny fuckin’ pussies that don’t like it, too fuckin’ bad, man. Too bad.” 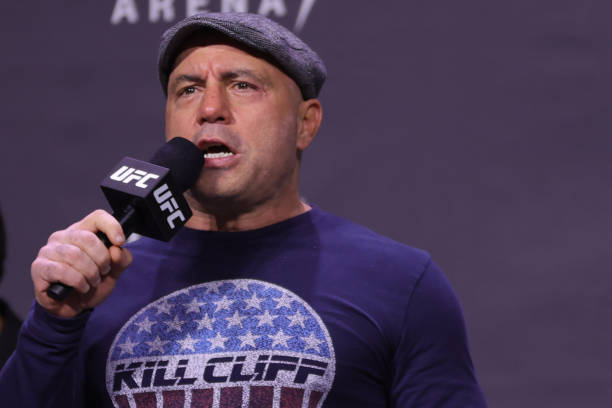 Rogan, of course, has repeatedly angered the anti-free speech left for airing his skepticism about the virus, the government’s handling of the crisis, and the subsequent vaccines and the way they were rolled out.

In April of last year, for instance, Rogan infuriated leftists when he said that healthy young people don’t need to take any vaccines for COVID.

By August, Rogan was blasting the left’s idea about forcing Americans to carry “vaccine passports,” calling the plan “one step closer” to instituting a dictatorship in the USA.