Talk about irony: A governor who violated his own Covid lockdown rules by attending a party at a chichi restaurant could sign legislation that puts many fast-food establishments out of business.

Late in August, the California legislature passed a bill that would impose new mandates on certain dining establishments. Gov. Gavin Newsom, D-French Laundry, has until Sept. 30 to sign or veto the bill. If it becomes law, the measure would set an example that unions hope to export elsewhere, while raising inflation in the nation’s most populous state. Here’s how.

The bill would create a council to mandate a separate minimum wage applying only to certain fast-food establishments. According to the bill, the council could impose a minimum wage for these establishments next year of as high as $22 per hour—an amount nearly 42 percent higher than the statewide minimum wage of $15.50 that takes effect on Jan. 1, and an amount subject to additional annual increases.

Creating a higher minimum wage would raise business costs, and help push prices ever higher. As it is, families have struggled to keep up with the current high rate of inflation, with real (i.e., inflation-adjusted) average hourly earnings falling in most months over the past year. Hitting these families with even higher costs for a meal at a fast-food establishment—sometimes the only “luxury” working-class households can afford—would provide ordinary California residents another proverbial kick in the teeth.

The new council of 10 appointed individuals will “establish sector-wide minimum standards on wages, working hours, and other working conditions adequate to ensure and maintain the health, safety, and welfare of, and to supply the necessary cost of proper living to, fast food restaurant workers.” (The bill doesn’t specify whether the “cost of proper living” includes dinners at restaurants like the one Newsom decided to frequent in the fall of 2020.)

To put it more bluntly: A group of unelected bureaucrats will decide how to micro-manage hundreds of businesses across the Golden State. These mandates will of course raise costs for the restaurants, and the restaurants will have no choice but to raise prices in response.

The requirements in the bill only apply to chain restaurants with at least 100 establishments nationwide, and which serve food in the following manner:

(1) For immediate consumption either on or off the premises.

(2) To customers who order or select items and pay before eating.

(4) With limited or no table service. Table service does not include orders placed by a customer on an electronic device.

One could easily envision businesses changing their model to avoid becoming ensnared by the bill’s mandates. For instance, a restaurant could operate like Katz’s Delicatessen in New York City, where customers receive tickets upon entering and pay after eating, on their way out the door. Such a system would mean that restaurants would not meet the “pay before eating” definition contained within the statute, but it also could raise the risk of “dine-and-dash” incidents, which would raise a restaurant’s costs.

Similarly, establishments could try to exempt themselves from the reach of the new council by providing full table service. Of course, providing full table service would raise businesses’ costs (although perhaps not as much as complying with the mandates created by the new regulatory regime), exhaust employees by forcing them to wait on customer tables in addition to their existing duties, or both.

The idea that California could potentially do for fast-food restaurants what a full-service-only requirement has done to New Jersey’s gas stations—whereby McDonald’s and Burger King employees in California could only ask “Would you like fries with that?” while customers are reclined at table—illustrates the absurdity of this bill. Newsom should do his state a favor and veto the measure, sending this ill-tasting legislative creation back to the cooks in the legislature who created this mess. 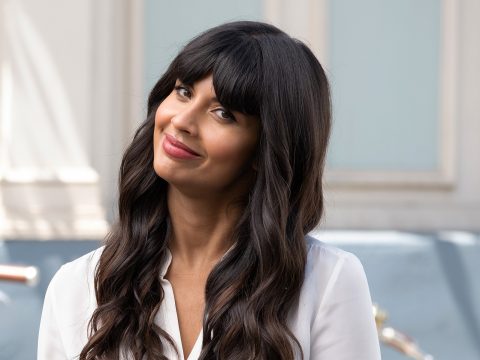 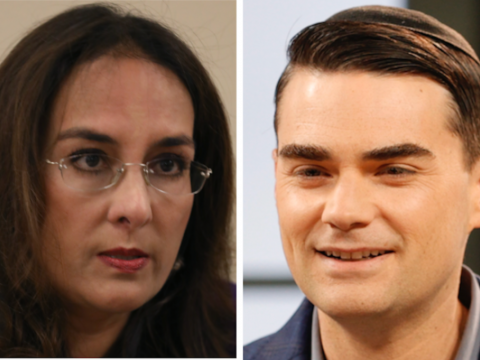 0 67
RNC Chair Hopeful Harmeet Dillon to Ben Shapiro: We Must Beat Dems at Their Own Game

0 29
Mexico requests U.S. share some of its COVID-19 vaccine supply