Having Republicans choose between being the “Party of Lincoln” or the “Party of Reagan” can be like asking a parent to pick a favorite child, unless the topic is strictly economics.

The “new right” and the “free-market conservatives” are at war centered on their economic policy divide, forcing members of the Republican Party to choose a side: common good conservatism or free-market fundamentalists.

Toads like you have supported selling out America to China under the banner of “free trade” for decades. Please keep your sad physiognomy out of my timeline. Thank you. https://t.co/uArGTMdGEz

While campaigning in 1844, former President Abraham Lincoln reaffirmed his support for economic nationalism that pushed against free trade in favor of protecting American jobs and businesses. (RELATED: ANALYSIS: Woke Corporations May Have Finally Met Their Match)

“… I am in favor of the internal improvement system and a high protective tariff,” said Lincoln. “These are my sentiments and political principles.”

“Our trade policy rests firmly on the foundation of free and open markets,” Reagan said. “I recognize … the inescapable conclusion that all of history has taught: The freer the flow of world trade, the stronger the tides of human progress and peace among nations.”

As in the 1800s and 1900s, the battle over ideological supremacy is playing out during the 2022 primaries. If Republicans take over control of the U.S. Congress after the midterm elections, the primaries determine which economic policy the party will promote in legislative efforts.

Members of the new right represent Lincoln’s view. These conservatives see a version of U.S. (domestic and foreign) economic policy, where common good conservatism utilizes the federal government’s power to curb corporations that impede the U.S.’s success, even if that means levying tariffs and restricting trade. (RELATED: Big Corporations Are Fighting To Keep Race-Based Admissions At Universities)

Free-market conservatives believe the federal government should never be powerful enough to manipulate the markets. These Reagan conservatives believe that although corporations – like Meta, BlackRock, Google, and Amazon – can/have/will use their financial power to control American economic policy, allowing the federal government to prevent this from happening would cause irreparable distortion to the markets.

Republican Missouri Sen. Josh Hawley launched a shot across the bow of critics of the new right’s push for economic nationalism on Twitter in Nov 2020. (RELATED: ‘Most Remarkable Political Development’: Polling Shows ‘MAGA’ Can Thrive Past Trump)

“Republicans in Washington are going to have a very hard time processing this. But the future is clear: we must be a working-class party, not a Wall Street party,” Hawley tweeted in response to news that in the 2020 general election, former President Donald Trump won more minority votes than any GOP president in the last 60 years.

Republicans in Washington are going to have a very hard time processing this. But the future is clear: we must be a working class party, not a Wall Street party https://t.co/nlPcA0ypnl

Hawley was rightly pointing out Trump’s success with working-class voters. Trump’s gains largely stemmed from his insistence that American businesses and workers be put before the global markets– including placing significant tariffs on foreign steel and other imports and getting American car manufacturers to build their cars in the U.S. instead of Mexico.

“The U.S. is going to substantialy [sic] reduce taxes and regulations on businesses,” tweeted Trump in December 2016. “But any business that leaves our country for another country, fires its employees, builds a new factory or plant in the other country, and then thinks it will sell its product back into the U.S. without retribution or consequence, is WRONG!”

Republican House Minority Leader California Rep. Kevin McCarthy told the Times in 2016 that he was not in favor of Trump’s proposed 35% tax on American businesses that chose to manufacture their products overseas. “I do not want a trade war. I do not believe in a trade war. I do not think trade wars are healthy. I think history has shown that trade wars are not healthy,” said McCarthy.”

Best GOP in the nation: Arizona

“The energy and vitality unleashed by this kind of People’s Capitalism—free and open markets, robust competition, and broad-based ownership of the means of production — can serve this nation well,” said Haley. (RELATED: ANALYSIS: Woke Capital Has A Plan To Take Your Guns)

She argued that in a free market, “a company that cheats its customers, mistreats its workers and abuses its community won’t be around long.”

J.D. Vance argued in his book Hillbilly Elegy that the federal government has an obligation to protect the common good for the American people beyond the nation’s profitability.

“We should be doing what’s best, not for our GDP, not for some economic abstraction, but for the people who live in this country and the children who depend on it,” wrote Vance. 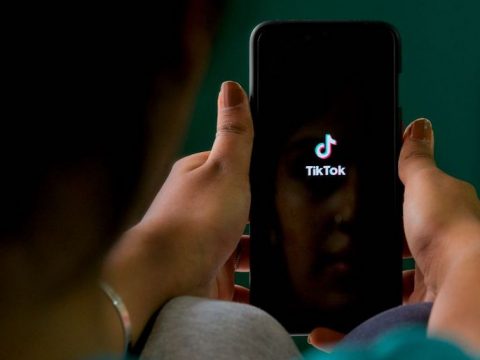