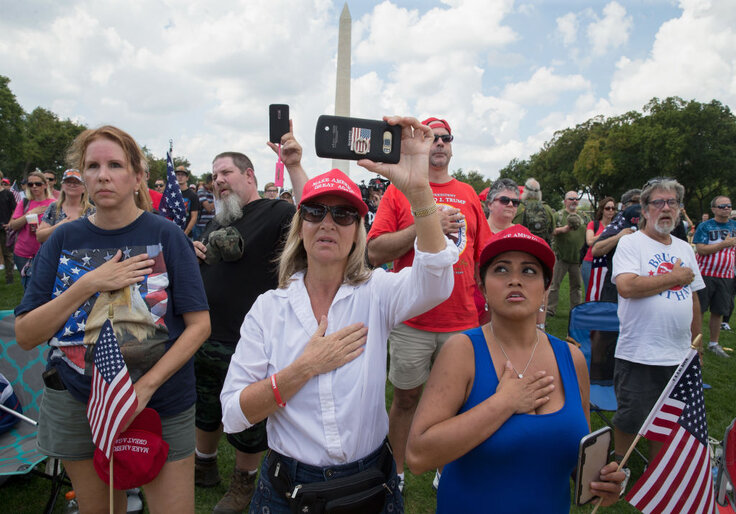 “We are now the party supported by most working-class voters,” congressman Jim Banks of Indiana wrote to House minority leader Kevin McCarthy in a six-page memo this week. Banks, head of the Republican Study Committee, said the lesson is clear: It’s time to act like a working-class party. “Our electoral success in the 2022 midterm election,” he concluded, “will be determined by our willingness to embrace our new coalition.”

The Banks memo, first reported by Axios, is part of a trend. Influential Republicans have embraced the notion that Donald Trump transformed the GOP into the vehicle of the proletariat. “We are a working-class party now,” Josh Hawley tweeted on election night. “The future of the party is based on a multiethnic, multiracial, working class coalition,” Marco Rubio said a week later. “The future of the Republican Party is as a party that defends the social, economic, and cultural interests and values of working American families of every race, color, and creed,” Trump told CPAC in February. Last month, Rubio announced his support for Amazon employees in Alabama who want to form a union.

Banks doesn’t go that far. The word union appears nowhere in his memo. He mentions “labor” only once, in a derisive reference to a Democratic special interest group. The lacuna is a reminder: Despite the emerging consensus that the GOP is a working-class party, there is little agreement on what such a party should stand for. Industrial policy? Trust busting? Family subsidies and financial transaction taxes? Banks sidesteps these trendy measures on the intellectual right. He suggests instead that Republican candidates adopt Trump’s posture of opposition to illegal immigration, offshoring of manufacturing jobs, COVID-19 lockdowns, Big Tech censorship, and political correctness.

It might take a second—or longer—to see how the issues Banks highlights relate to the material interests of Republican voters. What they have in common is an adversarial attitude toward the votaries of managerial liberalism. Indeed, Banks’s dichotomy isn’t between working class and capital, but between populism and elitism. Republicans, Banks writes, must “highlight the cultural and economic elitism that animates the Democrat Party.” It’s “Democrat elitism” that has driven working-class voters to the GOP. And “nothing better encapsulates Democrats’ elitism and classism than their turn towards ‘wokeness.'” Taxes, spending, welfare, and entitlements do not come up.

For all of the “working class” rhetoric in conservative discourse, few Republican politicians have adopted the economic measures put forth by Oren Cass at American Compass, Samuel Hammond at the Niskanen Center, and Julius Krein at American Affairs. Rubio and Hawley are political entrepreneurs willing to push the boundary of conventional GOP policymaking. But they are outliers. A figure like Banks, who has to win reelection every two years, is more cautious. He perceives that Republican voters are more interested in aggressive prosecution of the culture war than in technocratic manipulation of the economy.

The “class war” mentioned so often in conservative discourse is in fact the continuation of the half-century-long war over which values and social roles should be authoritative in American culture. Imposing a class framework on this struggle leads to confusion. After all, according to the 2020 exit poll, President Biden won voters making less than $100,000, while then-president Trump won voters who earn more than $100,000 by 12 points. And Biden won union members by 16 points. The AP Votecast results were more closely divided, but just as muddled: Trump lost voters who earned less than $50,000, barely won voters who made $50,000-$99,999, and narrowly lost voters who earned more than $100,000.

If you read class through the lens of educational attainment, you see that the GOP leans ever more heavily on white voters without college degrees. But that trend long predates Trump. And the white voters without bachelor’s diplomas are a large and diverse group. They encompass a variety of ages, life experiences, occupations, and net worth. The successful contractor who attended college for a few years before starting his own business has a different set of economic concerns than the restaurant server or grocery store clerk. Does muscular labor define membership in the working class? Perhaps. But not every voter without a college degree works with his hands. And agriculture and industry constitute a narrow base for a political party in an economy where 79 percent of jobs are in the service sector. Conservatives like to position themselves as the representatives of the rural heartland against the cosmopolitan metropolis. True enough. But what about the majority of Americans that lives in the suburbs?

Ideology, partisan affiliation, and religiosity mark one’s place in the culture war far better than income or education. Liberals went for Biden 89-10 in the exit poll, and conservatives backed Trump 85-14. Both candidates won 95 percent of their respective parties. And the gaps between voters without a religious affiliation and all others, and between white evangelical voters and all others, were huge.

Ideology also explains the Republicans’ surprisingly good performance among minority voters. There’s evidence, for example, that black Protestants are moving toward the GOP. “What happened in 2020 is that nonwhite conservatives voted for Republicans at higher rates,” election analyst David Shor recently explained to New York magazine. “They started voting more like white conservatives.” Why? Revulsion at the far-left messaging of radical elites on immigration and policing.

When the pollsters at Echelon Insights asked Republicans what they want from a candidate, the answer was someone who would “fight” for the conservative cause, support the Trump agenda, and speak out against cancel culture. The most important issues for Republicans are illegal immigration, law and order, taxes, and liberal media bias. The Echelon data have been replicated elsewhere. My AEI colleague Ryan Streeter writes, “Large national surveys conducted by the American Enterprise Institute suggest Trump’s supporters are actually quite content with American economic life but highly reactive to elite dominance of American culture life.”

Calling Republicans “working-class” is a self-flattering way to put the party on the side of the “forgotten American.” But it risks reducing voters to factors of production. And it flirts with an economic program actual Republicans don’t seem to want. The new class consciousness is another example of the Europeanization of American politics: For decades, the two parties competed for the loyalties not of the working class but of the middle class, and public policy experts devoted themselves to improving the condition of the urban poor or “underclass.” Now, Republican communicators are beginning to sound like the leaders of European parties whose anti-bourgeois romanticism often manifests itself in ugly ways.

Maybe less has changed than people think. Remember that Barry Goldwater first identified himself with the “forgotten American” back in 1961. The GOP remains a populist conservative party whose voters are incensed at the values, directives, and rhetoric of the men and women who occupy the commanding heights of American culture. It’s the party of married parents, of the small business owner, of the journeyman who aspires for a better life for his family. It’s the party of peace through strength, low taxes, safe streets, legal immigration, national pride, and traditional pieties. And what it needs most in 2022 are strong candidates who inspire the grassroots without terrifying independents.

All copyrights and legal uses attributed to content are located at the article origination: Washington Free Beacon, The Working-Class GOP: A Muddled Concept 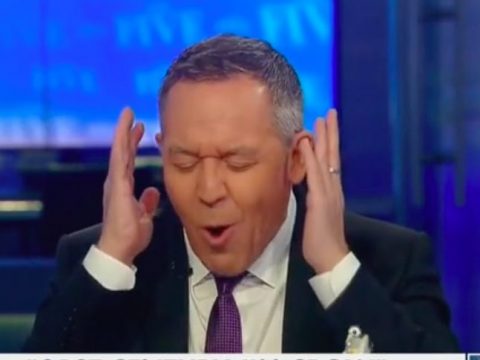 0 682
‘Pathological, Shameless Liar’: Greg Gutfeld Unloads On Joe Biden The ‘Unifier,’ Says ‘All He Does Is Bank On Racial Discontent’ 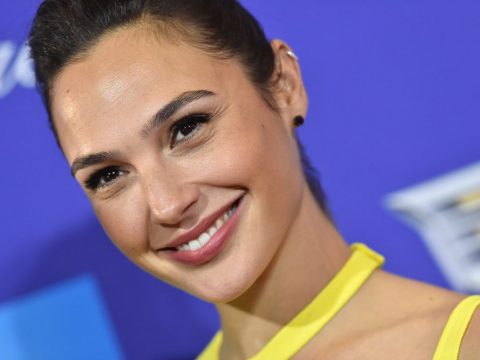 0 177
Gal Gadot Calls For Peace, Anti-Israel Activists Slam Her As Guilty Of ‘Ethnic Cleansing And Violence Towards Palestinians’ 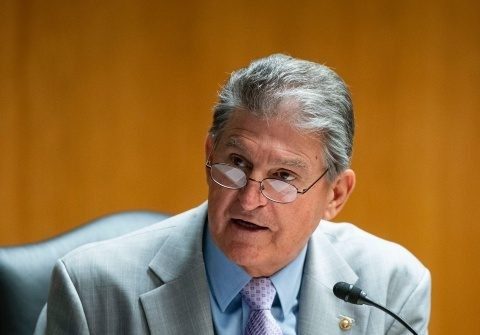 0 894
Manchin: 'Ludicrous' to Talk about Immigration without Border Security, 'Nobody Becomes a Citizen Until the Border Is Declared Secure' 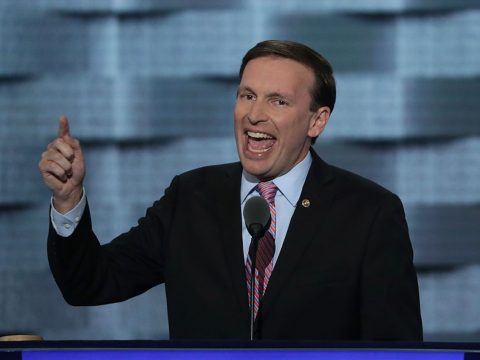 0 631
Senate Democrat Says Boulder Shooting Is ‘The Moment To Make Our Stand’ On Gun Control
Thanks for subscribing!