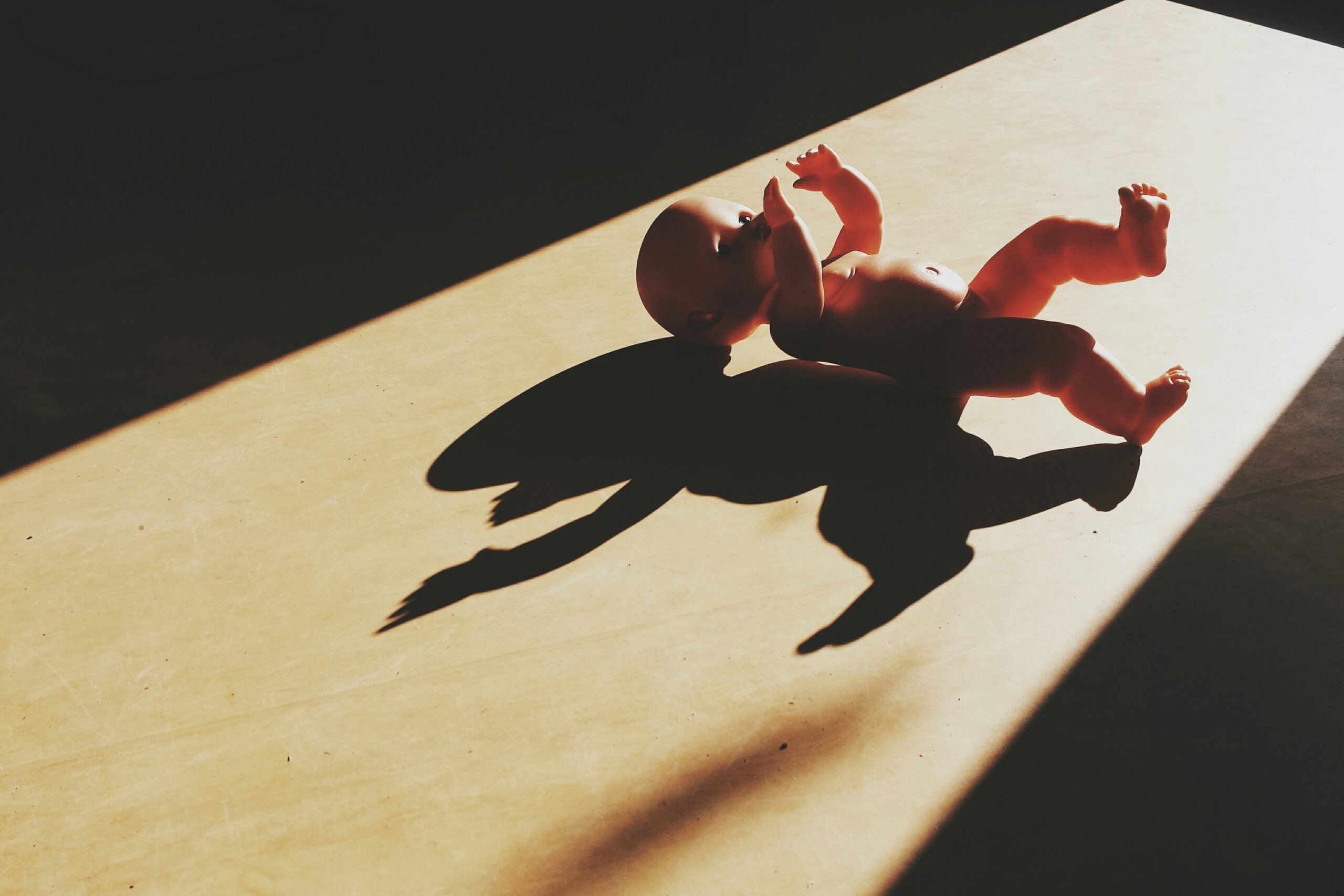 The fact that the state of Texas has successfully enacted a law protecting unborn children with a detectable fetal heartbeat from abortion has sent left-wingers into paroxysms of anger and outrage. Just days after Texas enacted a pro-life fetal heartbeat law, Attorney General Merrick Garland announced that the Justice Department had sued to try to overturn it. Lawsuits are the currency of our constitutional system, the way that good laws are upheld and tyrannical ones dashed on the Constitution — but they’re not good enough for many on the Left; many left-wing activists want to see pro-life advocates thrown in jail.

The pulse of left-wing rage coincided with the Texas heartbeat law. For the first time in decades, judicial activists on the Supreme Court failed to abort a pro-life law before it could take effect — touching off calls for legal retribution against pro-life lawmakers. “Maybe [former Special Counsel Robert] Mueller will look into” whether there’s “collusion” between pro-life lawmakers and “far-Right” members of the U.S. Supreme Court, said MSNBC’s Nicolle Wallace; specifically, she hoped he would investigate “whether it’s a crime.”

MSNBC’s Wallace: “Maybe Mueller will look into” whether Republican states are “colluding” with the Supreme Court against abortion pic.twitter.com/MgAiMKcV5g

Unfortunately, Wallace’s comments do not merely expose left-wingers’ desire to jail any public official — including members of the Supreme Court — who does not do their bidding. (So much for “judicial independence.”) They expose the ease with which those on the Left weaponize the legal system to harass Americans who act on their pro-life convictions. Elected allies of the abortion lobby have a decades-long history of exploiting the full power and resources of the federal government to spy on average American citizens, convincing them to sign away their own First Amendment rights, and even prosecuting them for dubious-sounding charges that carry very real jail sentences.

One of the most recent example comes from New York Attorney General Letitia James (D), a far-Left progressive who rose to fame by persecuting the NRA and for writing the report on Governor Andrew Cuomo’s alleged sexual harassment. But her office has been involved in harassment of another kind, against evangelical Christian members of the Church at The Rock and its pastor, Rev. Kenneth Griepp.

Members of that congregation spend a few hours every Saturday morning as sidewalk counselors outside the Choices abortion facility in Jamaica, Queens. If women entering the facility consent, parishioners will listen to the women’s troubles, pray with them, and offer to help pregnant women find the resources they need to carry their children to term.

The New York Attorney General’s office seemingly colluded with the abortion facility to shut down these acts of compassion. The office launched a yearlong investigation into the counselors five years ago, under the scandal-plagued AG Eric Schneiderman. He used taxpayer funds to install and mount surveillance cameras on the abortion facility, and to equip abortion facility workers with bodycams to monitor pro-life advocates for any potential legal violation. The investigation continued under Schneiderman’s successors, Barbara Underwood and James.

After several years, they basically came up with bupkis.

Nonetheless, with her office that deeply invested, James prosecuted the counselors for forms of harassment and obstructing the entrance. Some of the charges are laughably off-base. The AG accused a sidewalk counselor of obstructing the entrance to an abortion facility when an abortion facility escort stepped in front of a woman to block the counselor from talking to her. One counselor told abortion facility workers to repent because “the people who went to work on 9/11 didn’t know what was going to happen that day, you never know when you’re going to die.” James cited several examples of this run-of-the-mill Christian statement as a threat of “force.”

James asked the courts for a preliminary injunction, an order legally compelling the sidewalk counselors to stop helping women. The Second Circuit Court of Appeals last month refused to grant it, noting she “failed to establish a likelihood of success on the merits as to most claims.”

James’ legal crusade “looks to all the world that this is a targeting of pro-life activists who happen to be persistent and effective,” Stephen Crampton, senior counsel at the Thomas More Society, told The Washington Free Beacon. “So, the dirty work here is done by the state and not the clinic itself.”

It wouldn’t be the first time.

The most egregious example may be the Obama Justice Department’s federal case against Mary Susan Pine. Pine felt such intense regret over her own abortion that she tries to convince other women not to make the same mistake she made. On the anniversary of her abortion, a car stopped at a West Palm Beach abortion facility and agreed to receive a pamphlet from Pine.

Attorney General Eric Holder filed a federal lawsuit against Pine for violating the Freedom of Access to Clinic Entrances (FACE) Act, signed by Bill Clinton in 1994. Holder made no effort to interview the “victims,” and he allowed the abortion facility to destroy its surveillance footage of the incident.

A federal judge not only laughed Holder out of court, but accused the Obama administration of colluding with the abortionists to “violate Ms. Pine’s right to free speech guaranteed by the First Amendment of the United States Constitution.”

“The [c]ourt is at a loss as to why the [g]overnment chose to prosecute this particular case in the first place,” ruled the late federal Judge Kenneth Ryskamp, a Reagan appointee. “It is rather curious that the Department of Justice was able to meet with the [abortion facility] staff and police officers the very next day after the alleged violation occurred.”

“The [c]ourt can only wonder whether this action was the product of a concerted effort between the [g]overnment and the [abortion facility], which began well before the date of the incident at issue, to quell Ms. Pine’s activities,” he ruled.

Ultimately, the DOJ dropped the case and paid Pine $120,000. Unfortunately, she was the exception, rather than the rule. In many cases — including one involving an 80-year-old man — the defendants simply backed down from the David vs. Goliath battle and signed consent decrees. Curiously, the Obama administration consistently sought to bar sidewalk counselors from standing closer than 18-to-25 feet from the facilities’ entrance. The Supreme Court unanimously struck down excessive free-speech barriers around abortion facilities in a 2014 decision (McCullen v. Coakley, written by Chief Justice John Roberts).

Notably, the justices unanimously ruled that sidewalk counselors engage in “caring, consensual conversations” with abortion-minded women. Pro-life advocates “consider it essential to maintain a caring demeanor, a calm tone of voice, and direct eye contact during these exchanges,” all nine justices said, because the pro-life advocates believe compassion is “a much more effective means of dissuading women from having abortions than confrontational methods such as shouting or brandishing signs, which in petitioners’ view tend only to antagonize their intended audience.”

Yet Letitia James has kept prosecuting these “caring” people as a top priority, as have Democrats since at least the 1990s.

During their co-presidency, Bill and Hillary Clinton launched an investigation dubbed “Violence Against Abortion Providers Conspiracy” (VAAPCON), which performed deep surveillance on pro-life leaders and organizations. After months of tapping their phone lines and rifling through their mail (it was the 90s), it found absolutely nothing. After a brief respite under President George W. Bush, federal persecution returned during the Obama administration. Along with Tea Party groups, the IRS harassed pro-life organizations applying for non-profit status. And the administration again targeted sidewalk counselors.

In 2012, FBI agents appeared at the home of a pro-life advocate named Andy Moore, a native of New Zealand, and asked him to name names or potentially face deportation. Moore had been reported for an unspecified noise violation (no charges ever came of it). He told me that the agents asked him questions like, “What affiliations do you have, including church groups?” They noted that Moore, who was at that time not yet a U.S. citizen, could be deported to his native New Zealand, helpfully telling him, “You wouldn’t want to be apart from your wife and newborn.” Critics said it sounded as though the federal government threatened him with deportation unless he helped agents compile another intelligence dossier of the pro-life movement.

The desire to punish the most effective pro-life advocates pulsated through Democrat-dominated states like California. When undercover journalists David Daleiden and Sandra Merritt shared candid video footage exposing Planned Parenthood officials’ apparent violation of numerous laws (including profiting from the sale of aborted body parts and performing the illegal partial birth abortion procedure), the government filed 15 felony charges … against the journalists. The case was opened under then-California Attorney General Kamala Harris and continued under her successor, Xavier Becerra, who is now secretary of Health and Human Services.

Now, Harris and Becerra join Merrick Garland in wielding the full power and resources of the Biden administration against those who threaten the abortion industry’s bottom line. Their extremism threatens the rights of pro-life advocates nationwide. And their politicization of routine criminal investigation threatens us all. 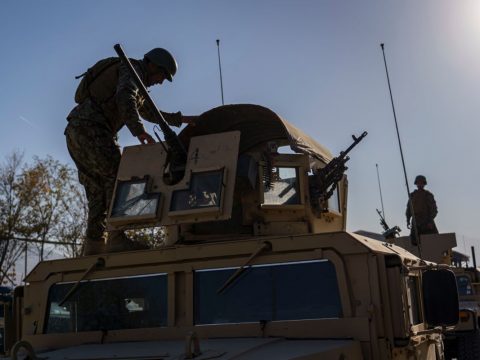 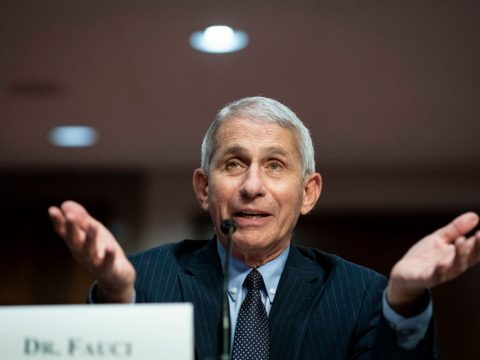 0 610
Fauci’s Book Scrubbed From Internet, Publisher Claims It Was ‘Prematurely Posted For Pre-Sale’ 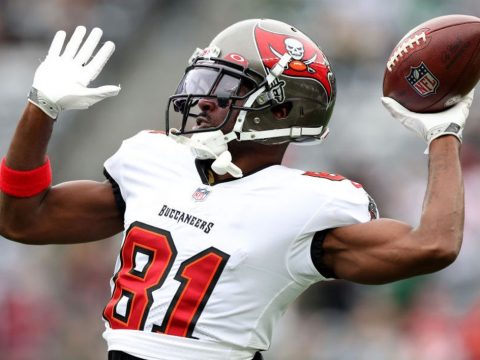 0 825
Report: Antonio Brown Did Not Believe He Was Healthy Enough To Enter The Game Before Leaving Field Mid-Game 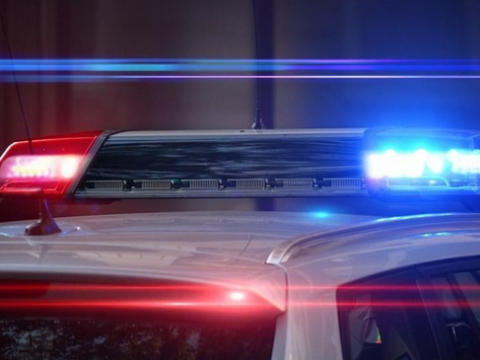 0 272
Louisville police rescue 6-year-old girl from kidnapper
Thanks for subscribing!