Independent journalist Glenn Greenwald laid into “censorship culture” in a Saturday tweet, saying that it had clearly emerged as the weapon of choice in Democratic politics.

Greenwald began by predicting that because of the resounding failure of the campaign to cancel podcast juggernaut Joe Rogan, attempts to censor others in the future might not have the desired impact.

“Your campaign to censor and silence Joe Rogan failed, which means the next time you launch a similar censorship campaign, you will be weaker and less intimidating,” he said.

Your campaign to censor and silence Joe Rogan failed, which means the next time you launch a similar censorship campaign, you will be weaker and less intimidating.

“This is the inevitable destination of the censorship culture that has emerged as the primary weapon in Democratic politics: back to demanding that music and books be censored. The re-birth of Pat Robertson and Tipper Gore,” Greenwald continued, sharing a video of newly-elected New York City Mayor Eric Adams (D) calling for social media companies to remove certain videos.

“I had no idea what drill rapping was, so I called my son and he sent me some videos, and it is alarming,” Adams said. “We are going to pull together the social media companies and sit down with them and state that you have a civic and corporate responsibility, you know, I mean — we pulled Trump off Twitter because of what he was spewing yet we are allowing music — displaying of guns, violence, we’re allowing it to stay on these sites — because look at the victims.”

“We pulled Trump off Twitter … yet we are allowing music displaying of guns, violence.”

— NYC Mayor Eric Adams (D), after his son sent him drill rap videos, says he will try to get the videos banned from social media. pic.twitter.com/ATGmhpi4Bo

Stephen Miller appeared to agree with Greenwald’s assessment, adding, “The speed at which these guys are starting to suggest mass censorship for every policy solution is not surprising but nonetheless alarming.”

“Can NYC just have a mayor who is not openly running for president in week 6?” Karol Markowicz asked.

“This cop is attempting to scapegoat music as the cause of a ‘crime wave’ in order to justify instituting even more draconian policies on the city &create an even worse police state,” @andrejgee added. “Don’t let it happen.”

Quite a few critics mentioned Tipper Gore and her efforts to remove offensive lyrics from music in their replies to the video of Adams’ comments, saying that it was giving them “flashbacks” to the 1980s.

To me, they’ll always be the hearing where Al Gore sarcastically asked Twisted Sister’s Dee Snider if his band’s fan club, the “Sick Motherf—— Fans of Twisted Sister,” was a Christian group.

It was September 19, 1985, smack dab in the middle of the Reagan era. Moral panics — including claims that heavy-metal music and Dungeons and Dragons were somehow the root cause of real issues like child sex abuse and teen suicide — were the order of the day.

The hearing on “objectionable” rock lyrics was one of the most widely publicized committee hearings in Senate history. But rewatching the nearly five-hour hearing now, it seems more like a DC satire about puritanical censorship, farcical conflicts of interest, and members of the World’s Greatest Deliberative Body clutching their proverbial pearls over a Prince record. 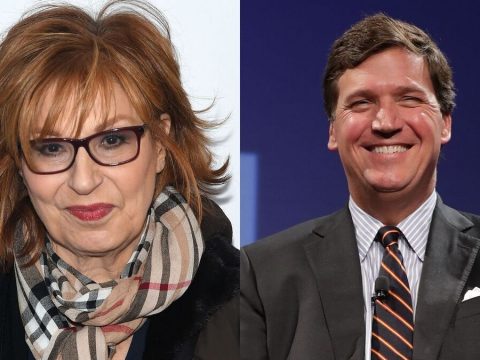 0 243
Joy Behar Claims Tucker Carlson Is ‘Almost Irrelevant’ Because He Has Three Million Daily Viewers. The View Has Fewer Than That.

0 18
Nearly Half Of Small Businesses Raised Prices Due To Inflation, Survey Finds