Democrats in Washington and in the corporate press have a new talking point: that the Supreme Court’s reversal of Roe v. Wade in June will rally flagging Democrats and cost Republicans the landslide midterm election that the GOP has been holding out for. Any Republican who lets this new narrative intimidate him into waffling on abortion (or any other issue) should remember: The point of winning elections is to be a launchpad for then winning political battles, and overturning Roe was the biggest political win on the right in a generation.

While Dobbs may end up igniting a lackluster Democrat base, it’s important to remember that just because you hear it in the corporate media doesn’t make it so. Like polling, the narrative is meant to be a self-fulfilling prophecy. It requires you to ignore that the economy is still in shambles and already in recession, that the Biden presidency has been marked by near-daily disasters, that historically the president’s party almost always struggles in midterms, and that neither Biden nor his vice president has shown voters an ability to form a complete sentence, let alone inspire confidence.

But even if we do ignore those important factors for a moment — even if Dobbs does shrink GOP wins in November — that doesn’t make the years of conservative effort to bring about a reversal of Roe a miscalculation, at the risk of stating the obvious. Not only is the colossal victory against abortion unquantifiably worthwhile because of the lives it protects, but it’s also exactly the kind of big-tent victory that Republicans have failed to deliver for years, even when they do win midterms and congressional majorities.

The truth is, while Republicans were losing ground in Congress, the Supreme Court actually did something to restore and protect the freedoms of Americans, by reversing an unconstitutional and arbitrary act of legislating abortion law from the bench, returning that power to elected state legislatures instead.

That’s not to say all of the court’s decisions have been pro-freedom in recent years. But in Dobbs, the court was more successful in pushing back on the unconstitutional and authoritarian agenda of the modern political left than feckless GOP leadership in Congress has been.

Remember when Republicans won the 2010 midterms, with an overwhelming mandate from voters to repeal Obamacare, and then those Republicans failed to repeal it? Or think back to Democrats’ anti-Second Amendment crackdown in June, which Senate Minority Leader Mitch McConnell couldn’t wait to support.

Conservative voters don’t elect Republicans just to be congressional benchwarmers, to postpone a deluge of left-wing policies until the next election cycle (or simply to buckle to pressure and pass it anyway). Voters want people who will fight their battles for them — and one of the biggest battles of our time is the fight to protect unborn babies’ right to live.

Republicans’ response shouldn’t be to soften their stance on abortion and fret about midterms, as Jan. 6 Committee member Adam Kinzinger has done. Instead, Republicans should be galvanized by the momentous victory Dobbs was for the rights and constitutional loyalty that conservatives value. They should be inspired to rack up more cultural wins, not forestall all chance of doing so by wimping out and backtracking. Among other things, they should introduce laws recognizing the constitutional right to life, so that babies in blue states can’t be ripped to pieces up to the point of birth.

If the first half of the Biden term has shown anything, it’s that Democrats are banking on Republicans being hapless seat-holders in Congress who will do little to stop their constant power grabs. The best thing for the GOP to do in preparation for November isn’t to advance “moderate,” establishment-accepted kinds of Republicans like Liz Cheney and Mitch McConnell, out of fear that the Dobbs victory was “too much,” but to ride the momentum from Dobbs to rack up more truly conservative wins.

Elle Reynolds is an assistant editor at The Federalist, and received her B.A. in government from Patrick Henry College with a minor in journalism. You can follow her work on Twitter at @_etreynolds. 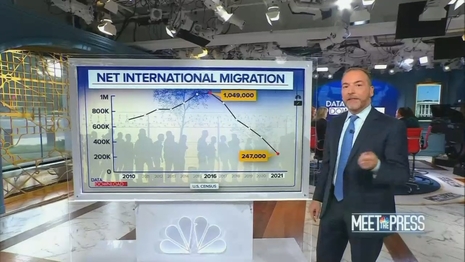