House Speaker Nancy Pelosi (D-CA) reportedly has a golden parachute in mind in case Republicans sweep her party out of the majority in November.

The San Francisco politician is hoping President Joe Biden will make her the next ambassador to Italy in the event of a red wave, according to Fox Business Network’s Maria Bartiromo. The plum assignment is open, and sources told the network Biden is holding it for Pelosi.

“She’s been such a partisan person, that I think it would be very difficult for Republican senators to say, ‘she would do a great job at this,’” Sen. Rick Scott (R-FL) told Bartiromo. “She’s become so partisan year after year. As speaker, she’s just become horrible.”

Rick Scott was asked about reports that Nancy Pelosi will be nominated as Ambassador to Italy after the midterms. He says Rs will be unlikely to vote to confirm her because she is too partisan. pic.twitter.com/nBDUNrjuCV

Lewis Eisenberg held the post under former President Trump, but it is currently being filled on an interim basis by Chargé d’Affaires Shawn Crowley.

Pelosi spokesman Drew Hammill was asked by the New York Post about the possibility of Pelosi becoming ambassador to Italy.

“The Speaker has no interest in this position and has not discussed it with anyone in the White House,” Hammill said.

Pelosi spent the two-week July Fourth congressional recess in Italy with husband Paul Pelosi, who had just been arrested two months earlier for drunk driving. Pelosi crashed his new Porsche after dining out a vineyard near one of their California homes.

Also on the trip, the pro-abortion Democrat received Holy Communion while attending Mass at the Vatican. Witnesses told The Associated Press Pelosi was was administered the Eucharist while at St. Peter’s Basilica, where she sat in the storied cathedral’s VIP section.

Biden has gotten 101 ambassadors through the Senate confirmation process, but about 50 slots remain unfilled. The Italian post is one of the most coveted and includes a posh residence in Rome known as Villa Taverna.

All copyrights and legal uses attributed to content are located at the article origination: © Daily Wire, The Italian Job? Pelosi Plots Next Move As Red Wave Looms

0 20
George Takei: You 'Can Endure Higher Prices for Food and Gas' if it Means Punishing Putin 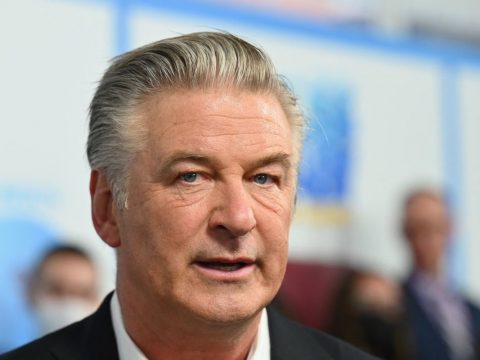 0 51
‘Are You For Real?’: Alec Baldwin Hit With Backlash Over Halyna Hutchins Post One Year After Fatal Shooting