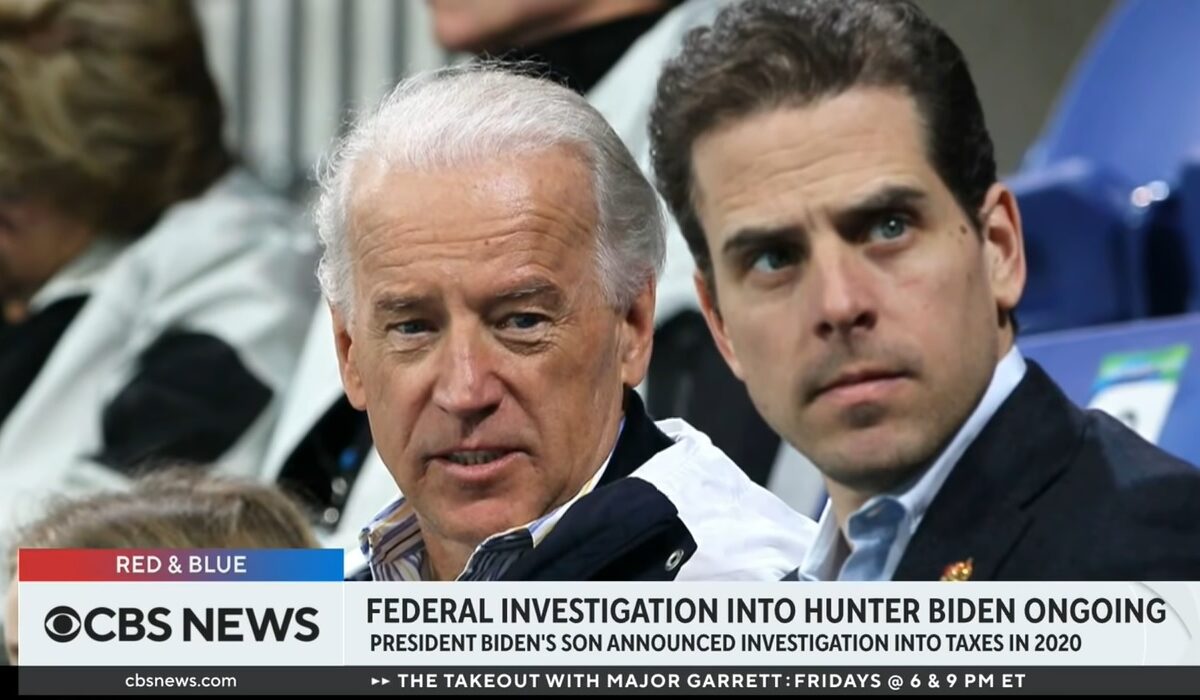 The New York Times conceded the authenticity of the Hunter Biden laptop 18 months after early right-leaning reporting on the computer was roundly smeared by Democrats and a complicit media establishment as Russian disinformation. The necessary appointment of a special counsel to investigate its explosive revelations documented by the New York Post is even tardier.

For decades, Hunter Biden leveraged the family name to broker international business deals. In October 2020, the Post published emails from the abandoned hard drive of the Delaware laptop not only discrediting then-candidate Joe Biden’s repeated claims he never spoke business with his son, “or with anyone else,” but also that the former vice president stood to make a handsome profit from his son’s corrupt deals.

“You’re a damn liar, man,” candidate Biden said before going on to fat shame an Iowa voter at a town hall for confronting Biden over his son’s lucrative overseas ventures. At the time of the exchange, questions were circulating based on evidence to emerge from Trump’s first impeachment saga about Hunter Biden’s role on the board of the Ukrainian energy company, Burisma. Hunter was raking in upwards of $50,000 a month in excess compensation despite no prior experience in the industry. He landed the gig while his father served as the White House point man on Ukraine.

“We all know Trump has been messing around in Ukraine,” the Iowa voter said to Joe Biden. “But, you on the other hand, sent your son over there. He not only worked for a gas company, but he had no experience in … You’re selling access to the presidency just like [Trump] is.”

Their concerns were well-founded at the time, and even more warranted 10 months later.

Less than three weeks from Election Day 2020, The New York Post published a series of emails contradicting candidate Biden’s claims of ignorance of his son’s business operations and showed the family engaged in conflicts of interest while serving in the upper echelons of U.S. government.

Not only did Hunter Biden introduce his vice president father to a senior Ukrainian business partner in 2015, but emails in 2017 revealed stemming from business across the globe thousands of dollars were supposedly set aside for “the big guy.” An unnamed source who was on the email discussing “remuneration packages” told Fox News the day after it was published the ambiguous reference was directly to Joe Biden. Tony Bobulinski, a former business partner of the Biden’s, went on record a week later to confirm the identity of “the big guy” as the former vice president slated to receive 10 percent of a cash and equity deal.

“Hunter Biden called his dad ‘the Big Guy’ or ‘my Chairman,’ and frequently referenced asking him for his sign-off or advice on various potential deals that we were discussing,” Bobulinski wrote in a statement sent to The Federalist and other outlets.

On Fox News with Tucker Carlson, Bobulinski continued to blow the whistle on Joe Biden’s entanglement in his son’s overseas business ventures, asserting the Democrat candidate who would go on to be president was “compromised” by the Chinese Communist Party (CCP).

The implications are enormous. Many big questions remain unanswered about President Biden’s personal involvement with his son’s extensive and potentially criminal business ventures.

After President Donald Trump was falsely accused based on fabricated intelligence of seeking to undermine American interests as a Russian asset, Democrats landed their own special counsel with unlimited resources that operated for years. The Russiagate saga, amplified by a deep state operation within the FBI, in turn undermined Trump’s first years in the White House and ended with nothing to show.

In Biden’s case, however, credible testimony exists from on-the-record sources and a “Laptop From Hell,” as described in the title of Post Columnist Miranda Devine book on the subject, to launch a special counsel probe beyond the current DOJ investigation into Hunter Biden’s taxes. As Devine outlined Sunday, the White House is ignoring poignant questions such as whether Hunter Biden actually divested from Chinese state-owned enterprises.

“[Psaki] told us last year that Hunter was in the process of divesting his 10% share of the Chinese investment firm BHR Partners, which is co-owned by the Bank of China and has $2.4 billion of funds under management. Last November, Hunter’s lawyer told the Times he no longer owns a share of BHR,” Devine wrote.

But, according to online records of the Chinese business registry Baidu, as of Wednesday, Hunter’s company Skaneateles LLC continues to hold a 10% stake in BHR. Hunter is still named on corporate records as sole governor of Skaneateles, although the company is listed as ‘revoked’ on the website of the Washington, DC, Department of Consumer and Regulatory Affairs. That is because a $300 ‘reinstatement fee’ has not been paid, the Washington Examiner reported this month.

With even the New York Times, the bulwark paper of corrupt media, conceding the authenticity of material blowing back the curtain of the Biden family business ventures, it’s past time Attorney General Merrick Garland recognizes the need for an independent investigation.

Republicans have called for one in the past, repeatedly. If Garland refuses to agree, congressional Republicans ought to demand his explanation, and ramp up the pressure if elected to the majority in November. 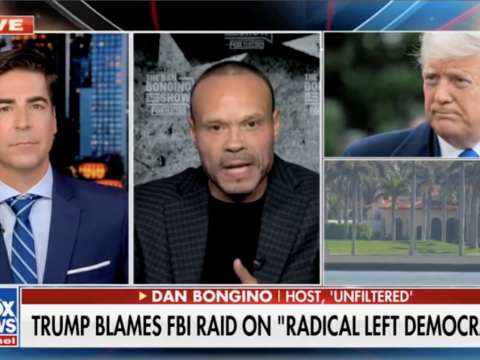 0 91
Dan Bongino on FBI Raid on Mar-a-Lago: This Is Third World Bullshit