First Lady Jill Biden compared members of the Hispanic community in the United States to tacos, flowers, and glorified convenience stores during a speech in San Antonio, Texas on Monday.

Speaking from the “Latinx IncluXion Luncheon,” hosted by UnidosUS, Biden told the audience that the diversity of the Hispanic community is “as distinct as the bodegas of the Bronx, as beautiful as the blossoms of Miami, and as unique as the breakfast tacos here in San Antonio, is your strength.”

The First Lady appeared to misspeak, pronouncing the word “bodigas” rather than “bodegas.” Bodegas are popular corner stores found throughout New York City, particularly in the Bronx, which provide a range of food and household products.

Her remarks can be seen here:

At a “Latinx IncluXion” conference, Jill Biden says the Hispanic community is as “unique” as tacos.pic.twitter.com/Vb5wJyYGWB

This is not the first time the Doctor of Education has completely butchered the Spanish language.

In 2021 while speaking to a handful of Californian farmers, Biden enthusiastically told the crowd “Si, se pwodway!” while attempting to say “Si, see puede!” or “Yes, we can!”

a. Why is the doctor screaming at a crowd of 8 people on a lawn?

In reaction to Biden’s latest comments, Senator Ted Cruz (R-TX)’s senior communications advisor Steve Guest tweeted, “This isn’t Veep. Which White House speechwriter just won a bet for getting the First Lady to say something like this?” while referring to the political comedy starring Julia Louis-Dreyfus.

Jill Biden just said Hispanics are as “unique” as tacos.

This isn’t Veep. Which White House speechwriter just won a bet for getting the First Lady to say something like this?pic.twitter.com/DXfJgYz0g5

As for the term “Latinx,” polls have consistently shown that the vast majority of Hispanic Americans reject the gender-neutral label. In recent months, Democrats like Congressman Ritchie Torres (D-NY)  have blasted organizations like the New York Yankees for using the word Latinx.

In late May, the New York Yankees sent out a series of tweets regarding gun violence. One of those tweets said, “Each year, more than 4,100 Latinx people die from gun violence in the U.S. and 13,300 are shot and wounded.”

I represent the South Bronx, home to the Yankees. Never heard anyone locally use the term ‘Latinx.’

Does a majority of Hispanics actually use the term ‘Latinx’?

If the answer is ‘no’, how did ‘Latinx’ come to be the term to use in government and Corporate America? https://t.co/4EYR1ksywx

“If you are speaking to a particular person who prefers ‘Latinx,’ then, by all means, use the term,” he added. “But if you are referring to the Hispanic community in general, why not use the term that the majority itself predominantly uses?”

“Every community should have the right to label itself, rather than have a label imposed on them by others,” the congressman continued.

Torres is correct that hardly any Hispanic person prefers the term Latinx despite its frequent appearances. Politico reported in December that according to a new poll, just 2% of Hispanic American voters used the term Latinx — possibly contributing to the exodus.

However, the Bronx Congressman has also used the term Latinx in the past. After winning his election in 2020, Torres tweeted, “Never for a moment did I imagine becoming the first openly #LGBTQ Afro-Latinx member of Congress and joining the ranks of the @outmagazine.”

Regarding Monday’s event, it is unclear why UnidosUS would feel the need to remove the “S” in the word “inclusion” and replace it with an “X” to make Hispanics feel welcomed at Biden’s speech. The Spanish word for inclusion is “inclusión.”

All copyrights and legal uses attributed to content are located at the article origination: © Daily Wire, The First Lady Compares Hispanic People To Tacos At ‘Latinx IncluXion Luncheon’ 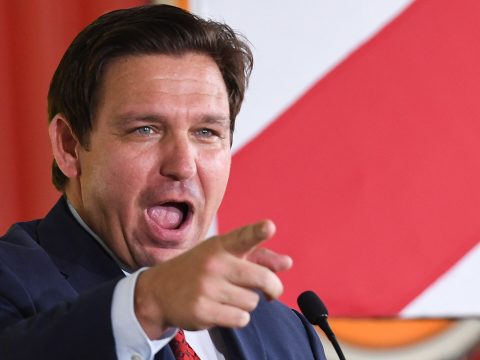