On Sunday’s “Meet the Press,” CBS News host John Dickerson urged viewers to care more about Democrats’ January 6 production than they do inflation:

The nation’s leaders faced a test of that theory this week. In the urgent category is inflation, up 8.6 percent compared to May a year ago, a 40-year high. In the important category, the House hearing about the attempted overthrow of the 2020 election.

Eisenhower’s advice was aimed at a truth. If you only attend to the urgent, important problems will become urgent soon enough, and you won’t be prepared.

Dickerson is a thoughtful broadcaster. His words are certainly more reasonable than what some of his peers were pushing. Matthew Dowd, who until recently was ABC News’ chief political analyst, repeatedly compared people concerned about inflation to Nazis. But on this day, Dickerson’s analysis suffered from myriad problems.

Here’s one. While it is true that 8.6 percent inflation — a 40-year high — is not considered an existential threat to prominent broadcasters and others who make millions of dollars each year, the same can not be said of the average American voter. Their cost of living and what they’re able to afford with their disposable dollars is not just urgent but extremely important — far more important than a one-sided television production.

Gas is averaging more than $5 a gallon, the stock market has lost $11 trillion this year, and very few people think the economy is headed in the right direction. Elites have spent the last year telling Americans that the inflation will be transitory.

Again, people who have been making comfortable salaries for years on end, and who anticipate continuing to make that kind of money and have tons of cash on hand, understandably do not think inflation is “important,” just “urgent.” But for most Americans, being able to feed, clothe, shelter, and transport their family members is of vital importance. It is condescending and extreme to say otherwise.

Second, the January 6 riot was not unimportant, but its importance has been blown wildly out of proportion by Democrats and their compliant media mostly because it’s a vehicle to get rid of the politician they detest.

If Democrats in Congress actually worried about political violence, they would have opposed rather than vocally supported the violent Black Lives Matter riots that rocked the country for the entire summer of 2020. Those riots included serious and sustained attacks on the White House, federal courthouses, police precincts, small businesses, and private homes.

If Democrats in Congress actually worried about political violence being used to disrupt constitutional proceedings, they would have opposed, rather than coordinated, the disruptions of Brett Kavanaugh’s confirmation hearings. At that time, Democrats in the Senate invited and worked with left-wing groups to import activists to disrupt the confirmation interviews and even the hearings by getting arrested. These activists had their travel paid for and bail paid.

In this context, the incessant moralizing from the media and government aristocracy is offensive.

Third, the sudden opposition to election challenges appears to be ignorant of history or, worse, being done in bad faith. The last presidential election loss that Democrats fully accepted was President George H.W. Bush’s defeat of Sen. Paul Tsongas in 1988.

Following President George W. Bush’s victory in 2000, litigated all the way to the U.S. Supreme Court, Democrats spent years saying he was “selected, not elected.” In 2004, many Democrats in Congress, including California Sen. Barbara Boxer, objected to certifying votes on January 7 on the grounds that Karl Rove controlled voting machines in Ohio to deliver Bush’s re-election victory.

Democrats have never held that such objections were tantamount to an insurrection. Neither should they.

Congress is one of the places Americans are allowed to express objections to the administration of elections. It isn’t even wrong to do so, much less criminal. And no counting of electoral college votes was as disputed as the 1876 election. Maladministration of that election led to chaos, disputed certifications, and violence. According to our Constitution, which provides rules and mechanisms for disputes, Congress was a proper venue to air such disputes in 1877 and it’s a proper venue today, contrary to what Rep. Liz Cheney and other Donald Trump-addled politicians are claiming.

But nothing compares to the widespread refusal of the establishment to fully accept Trump’s victory in 2016. Democrats ran a massive and coordinated operation to disseminate the lie that Trump colluded with Russia to steal that election.

They tried to get the Electoral College voters to become “faithless” to keep from voting for Trump. They disseminated a fake “dossier” of invented salacious information with the goal of possibly keeping Trump from being inaugurated.

On January 6, 2017, FBI Director James Comey ran an operation against Trump by briefing him on the fake allegations, the fact of that briefing soon being leaked to propaganda network CNN to fan the flames of a well-funded and extremely coordinated “resistance” to undermine the administration. One out of every three Democrat members of Congress refused to attend Trump’s inauguration on the grounds that his election was illegitimate.

On the day Trump was installed, the Washington Post published a call for his impeachment. The hoax campaign alleging Trump stole the election by colluding with Russia was allowed to operate without any scrutiny for years. And to this day, nearly no one has been held accountable for the damage wrought by that known lie.

The Russia collusion hoax was just one of many ways the aristocratic class in government and the media attempted to subvert the will of the people, and was just one of many reasons many Americans were skeptical of the 2020 election. They also knew that the media had invented other stories defaming Trump, while hiding true stories about the corruption of the Biden family business of selling access.

They knew that tech oligarchs had meddled in the election through censorship, deplatforming, and algorithmic game-playing. They knew that hundreds of laws and processes had been changed suddenly in the months prior to the November election to enable tens of millions of mail-in ballots to flood the system. More than anything, they were skeptical that Joe Biden, a twice-failed presidential contender who was too feeble to campaign and unable to articulate his thoughts, had truly won 81 million votes.

The establishment’s position is that the 2020 election, easily the strangest election in recent history, can not be questioned in any way, shape, or form. They claim that the infusion of $450 million in private funding by Mark Zuckerberg to take over election offices in the blue areas of swing states is of no concern. They say that it can’t be objected to even though the funding happened to pay overwhelmingly partisan dividends.

They are incurious about the fact that the same man who ran the Russia collusion hoax — Hillary Clinton’s general counsel Marc Elias — ran the coordinated effort to weaken election security in 2020. They don’t care that the tech and media environment is so corrupt that international election observers would sound the alarm if the election were in any other country.

The establishment said the election was pure, just as they promised that Biden was the most competent, moderate, and uniting presidential candidate. They look down upon the people who find it all fishy.

To summarize, the establishment’s position is that nothing can or should be done to hold anyone accountable for their republic-threatening Russia collusion hoax, but that the entire country must stop operating until every grandmother within a mile of the Capitol on January 6 is imprisoned. It’s obscene.

Last year, a Republican official in a state far from D.C. told me that voters there don’t care about the January 6 riot, and those who did probably had a very different view on it than the elites in D.C. did. That was true even before Biden and his Democrat Senate and Democrat House put the country in such a precarious position.

The only reason the establishment is pretending to view the Democrat-appointed January 6 committee as legitimate, much less important, is to cover up what a mess the 2020 election was and to get their nemesis out of politics. That’s why Americans outside the narrow confines of the media aristocracy find the Stalinist show trial neither urgent nor important. And they wish that leaders of the country would truly get working on things that are both. 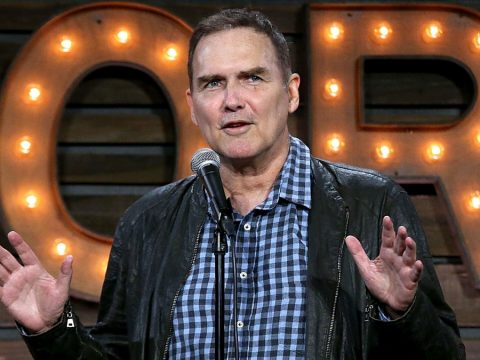 0 126
Norm Macdonald Shot Secret Comedy Special To Be Released After He Died. It’s About To Come Out. 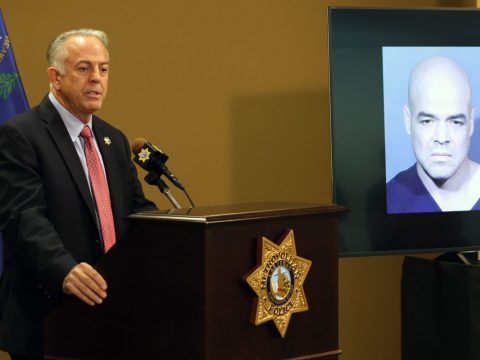 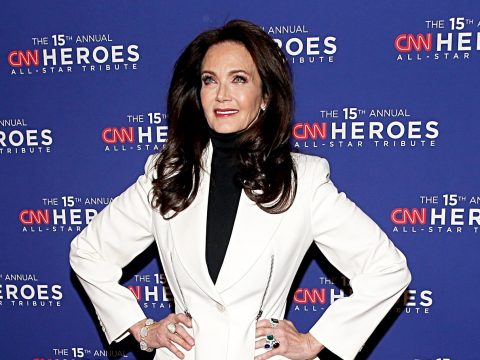