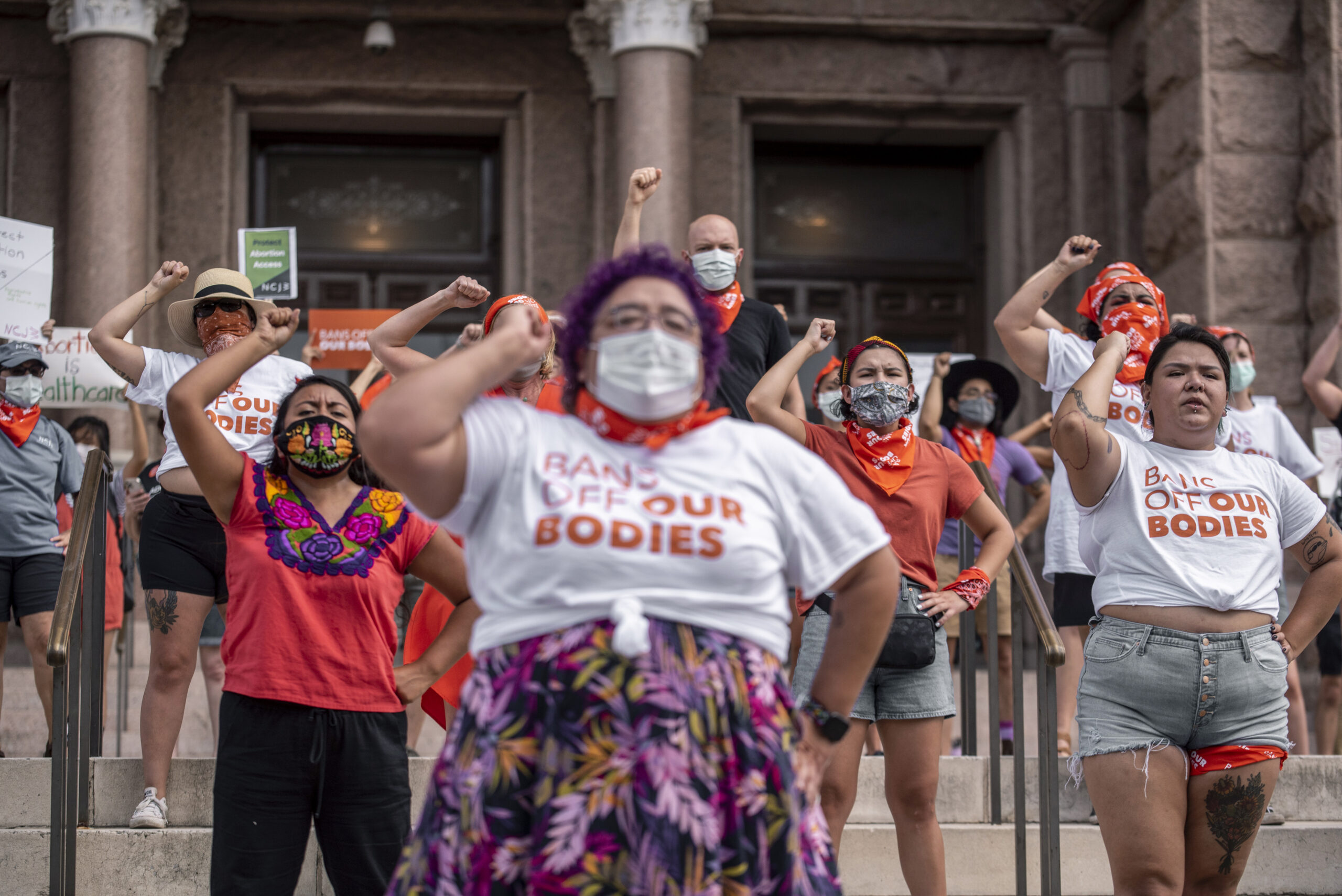 In the days since the Supreme Court allowed Texas to enforce a pro-life law prohibiting abortion on any child with cardiac activity, politicians and media outlets have unleashed a torrent of misinformation. Here are a few of the most common myths, along with the facts you need to know.

But the Constitution contains no right to abortion, which had been illegal far longer than 50 years when the U.S. Supreme Court deemed it an unalienable right in 1973. In his Roe v. Wade ruling, Justice Harry Blackmun simply claimed that “sexual privacy” emanated from a “penumbra” of the Constitution; strung together a few previous court rulings on privacy; and asserted, “The right of privacy … is broad enough to encompass a woman’s decision whether or not to terminate her pregnancy.”

But those who follow the original intent of the framers say this is pure artifice. Justice Clarence Thomas wrote that “Roe is grievously wrong for many reasons, but the most fundamental is that its core holding — that the Constitution protects a woman’s right to abort her unborn child — finds no support in the text of” the Constitution. Even CNN’s legal analyst Jeffrey Toobin acknowledged in 2016, “The issue of whether the Constitution protects a woman’s right to choose abortion remains to this day the most controversial issue in constitutional law.” The “constitutional right to abortion” is rooted in highly controversial and sometimes contradictory Supreme Court decisions, not the Constitution.

Some have attempted to refute the Texas ‘heartbeat law’ on the grounds that a child at six weeks of pregnancy has neither a heartbeat, nor a heart. “The medical-sounding term ‘fetal heartbeat’ is being used in this law — and others like it — in a misleading way,” wrote NPR (at your expense). “The sound generated by an ultrasound in very early pregnancy” is merely “cardiac activity,” which is “quite different” from a fetal heartbeat. That contradicts a previous NPR article — written (at your expense) before the current controversy — which states:

Usually, heartbeat can be detected by vaginal ultrasound somewhere between 6 ½ – 7 weeks. The heartbeat may have started around six weeks, although some sources place it even earlier, at around 3 – 4 weeks after conception.

To me, this is a remarkable transition. … The first heartbeat is, in a sense, the transition between something with dividing cells to something that has a systemic integration, organs communicating with other organs.

CNN’s Chris Cuomo went further, implying that a child at 6 weeks does not have a heart. In fact, multiple embryology textbooks and scientific authorities refer to a child as having a heart, and a heartbeat, at the sixth week of pregnancy. For a more in-depth discussion of the scientific facts concerning a fetal heartbeat and embryonic heart development, see this article.

“Roe [v. Wade] was just overturned in the state of Texas”

To hear many pundits tell it, the fact that the Supreme Court did not immediately strike down the Texas law means that it has revoked Roe v. Wade. “Roe was just overturned in the state of Texas,” former Planned Parenthood president Cecile Richards told MSNBC’s Nicolle Wallace on Wednesday. Others have also put the jurisprudential change in the past. Jeffrey Toobin told Don Lemon that, if the Supreme Court did not suspend the law, “it means that Roe v. Wade is not good law anymore.”

In reality, the Supreme Court issued a procedural ruling. In recent history, it has stopped states from enforcing pro-life protections on the grounds that those laws would violate Roe. The majority of justices said that cannot be done in this case, because the Texas law may be enforced by “any person” in the state — so the plaintiffs do not know whom to sue. The ruling has nothing to do with the legal rationale (or lack of same; see above) behind the legal reasoning of Roe v. Wade, which the court will likely take up in Dobbs v. Jackson Women’s Health Organization.

During a briefing on the dismal August 2021 jobs report on September 3, President Joe Biden said, “[T]he most pernicious thing about the Texas law” is that “it, sort of, creates a vigilante system where people get rewards to go out to — anyway.” He went on to say, “this sounds ridiculous — almost un-American.”

The term “vigilante” makes people feel uncertain and endangered by calling to mind images of the Wild West, but it is misused here. A vigilante is “[s]omeone who personally claims to enforce law and order, but lacks legal authority to do so,” according to Cornell University’s Legal Information Institute.

That does not apply to the Texas law. Texans who sue abortionists are not acting in a lawless way; they have exercising the legal authority that Texas lawmakers have delegated to them. Rather than calling pro-life Texans “vigilantes,” the more proper term might be “deputies.”  In fact, AG Garland used this term on Thursday, saying the law “deputizes” citizens to enforce its provisions, before calling pro-life citizens “bounty hunters.” (See below.)

The Texas law imposes a civil penalty instead of a criminal one. While criminal law puts people in prison, civil laws let people sue for economic damages. Successful lawsuits allow plaintiffs to receive both “actual costs” and “general damages,” which are usually a multiple of their actual costs.

While politicians usually impose criminal rather than civil penalties, judicial activists have made it clear that any state law will be enjoined. Since the courts had not made that determination about private citizens, the state gave the people of Texas the legal authority to enforce civil penalties against those performing a procedure, which 45% of Texans oppose in all or most cases.

In addition to “vigilantes,” the Left has branded pro-life Texans as “bounty hunters.” The phrase originated in the dissent of Supreme Court Justice Sonia Sotomayor, joined by Justices Stephen Breyer and Elena Kagan: “In effect, the Texas [l]egislature has deputized the [s]tate’s citizens as bounty hunters, offering them cash prizes for civilly prosecuting their neighbors’ medical procedures.”

Like “vigilantes,” this term conjures up pictures of brutal cowboys hunting people down, but it, too, is deceptive.

When a bail bondsman puts up his money to bail someone out of jail, he charges the accused a small percentage of the total bond: e.g., if bail if $10,000, the accused may put up $1,000. The bondsman gets his money back when the defendant shows up at trial — but if he “jumps bail,” the bondsman sends a bounty hunter to arrest the accused, turn him in to authorities, and get his own money back. He then pays the “bounty hunter” a portion of his money.

That’s not what’s happening here: Texans who sue Planned Parenthood are more like individuals who file a lawsuit against any other billion-dollar corporation that has inflicted harm on innocent people. And Democratic administrations generally oppose tort reform and favor trial lawyers’ ability to sue freely.

Ironically, Joe Biden has engaged in his own version of bounty hunting: The Obama-Biden Justice Department regularly sued corporations, then doled out the civil penalties to left-wing groups aligned with the Democratic Party. Critics called it a “slush fund” that benefited the administration’s allies.

The Texas heartbeat law “out of the mainstream”

“The pro-life, anti-choice movement is so extreme,” said Nicolle Wallace on Wednesday. The Texas heartbeat law is “so out of the mainstream of Republican public policy ideas.”

In reality, more Americans support the Texas heartbeat law than oppose it. A plurality, 46% of Americans, support the law while 43% oppose it, according to a Rasmussen poll released on Tuesday. Similarly, 56% of likely voters — including one-third of Democrats — favored Missouri’s heartbeat bill in a July poll from Saint Louis University and YouGov. That poll found that women were more likely to support the heartbeat bill than men.

The legacy media live in such a left-wing echo chamber that they have never entertained the possibility that they, rather than the voters, may be out of the mainstream. 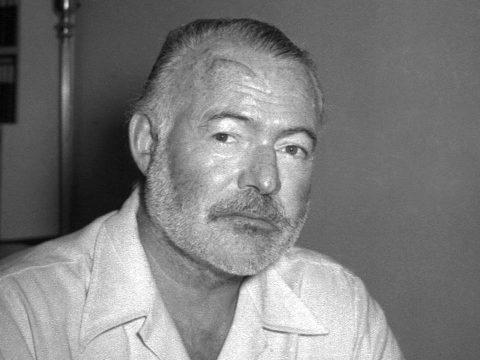