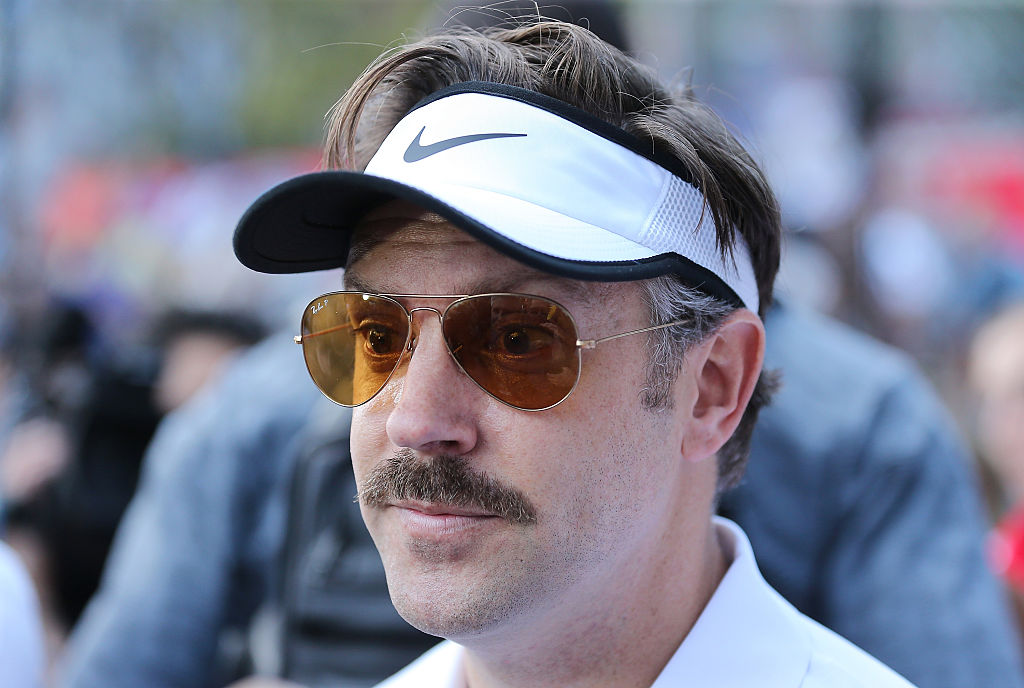 When I talk about conservative-friendly entertainment, I don’t mean films starring Kevin Sorbo as a Christian professor who debates his atheist students or a TV series that consciously build storylines around Republican-favored policies. Whether from the right or left, this type of entertainment rarely entertains.

What I mean are movies and series that are fundamentally conservative in their outlook (whether the writers, directors, and cast realize it or not) because reality is fundamentally conservative. As much as Hollywood may pay lip service to progressive preoccupations, when it’s time to get to work, many creators still care more about telling an honest story or a funny joke than signaling their left-wing bona fides. It just sometimes takes a little work to find these productions when left-wing critics are so happy to lavish mediocre liberal morality tales with praise  (looking at you Aaron Sorkin).

Of course, the following list isn’t a promise that every entry will live up to my fondest red-state hopes, but they do offer the best bets for conservative-friendly entertainment over the next few months.

Those Who Wish Me Dead (Release date May 14): Since writer/director Taylor Sheridan first hit the scene with 2015’s “Sicario,” Slate and other left-leaning media have dismissed his films, sneering at them as “memos from Trump Country.” Though they mean it as an insult, these outlets have a point. Sheridan’s films like “Hell or High Water” and “Wind River” capture populist grievances that defy party. His characters recognize that they’ve been sold out by elites on both the right and the left, and they’re understandably angry that the priorities of our cultural gatekeepers (BLM! transgender rights!) do nothing to improve the lives of everyday Americans of any color.

In fact, Sheridan himself has been happy to point out how his themes help explain the Trump presidency. He’s been clear that 2016’s “Hell or High Water” was about respect for the individual, telling The Wrap of his industry’s tendency to sneer at the blue collar class, “We sit there and talk about diversity, but we’re going to lump people in an entire region together and sit there and attack them and assign beliefs to them in counties where the average income is $33,000 and we’re going to align them with the top one percent,” he said. “We attach all this stuff conveniently to people that have absolutely no connection to it. It’s unfair.” Indeed.

Though Sheridan’s screenplay for “Those Who Wish Me Dead” was based on another writer’s novel, the story about a fire jumper (Angelina Jolie) in the Montana wilderness has all the hallmarks of his previous work. Given his track record, there’s a strong chance it will square with a conservative worldview.

A Quiet Place 2 (Release date May 28): Some legacy film critics were so bothered by the underlying affirmation of faith, family, and strong fathers (who sometimes carry guns) in 2019’s “A Quiet Place,” they accused it of having a secret conservative agenda. The New Yorker’s longtime critic Richard Brody expended an embarrassing number of words describing how white the cast was, calling the film “the whitest since the release of ‘Three Billboards Outside Ebbing, Missouri’” and accusing it of being the regressive antithesis of “Get Out.” Film Fisher called the movie, “The Most Republican Film Hollywood Has Made In Years.”

Of course, skin color had nothing to do with “A Quiet Place’s” deeply-affecting themes that would have worked whatever race the main characters were. Writer/director/star John Krasinski understandably denied Brody’s claim. But his review was right about one thing — the central conceit of the film, a society where speech may result in destruction, is a powerful conservative symbol. So powerful, it likely explains why Brody was so determined to label it as white supremacist.

If the second film respects its predecessor’s compelling story of a nuclear family trying to survive monsters in a post-nuclear world, it should provide a fine viewing experience.

Mythic Quest, Season 2 (Release date May 7, Apple TV+): Think of “Mythic Quest” as a kinder, gentler “It’s Always Sunny in Philadelphia,” except set in Silicon Valley with successful characters. While the jokes aren’t as raunchy as “Sunny’s,” the humor is still blissfully un-woke. The show routinely skewers Gen Z anxieties over sexual — and gender — identity and lampoons how disconnected politically correct HR training is from reality. Even the lesbian character admits she isn’t sure what the Q in LGBTQ stands for and sheepishly claims she “had a thing that day” when asked why she didn’t attend a company seminar on sexual harassment.

Middle-aged white guy, Ian (“Sunny” veteran Rob McElhenney), founded and created the wildly successful video game company of the show’s title. Naturally, his younger, female head designer, Poppy (Charlotte Nicdao), wants to dismiss him as privileged and out-of-touch, yet he continually confounds her with his competence and charisma. Worse, she constantly realizes she needs his insights to compete in the cut-throat world of gaming. With a bit of “30 Rock’s” Liz Lemon-Jack Donaghy vibe, Mythic Quest may wear progressive trappings, but a testosterone-fueled, right-wing heart beats underneath.

Yellowstone, Season 4 (Likely release in June): Another Taylor Sheridan creation, “Yellowstone” scored big ratings when it first debuted, ranking as the second most popular basic cable show of 2018 (just behind “The Walking Dead.”) So much so, TV Guide wondered if Paramount Network had stumbled on to a brilliant new concept: “prestige viewing for conservatives.”

The series does exemplify a right-leaning worldview, but not because it offers over-simplified political answers to problems in a mirror image approach to so much liberal entertainment. Instead, it trusts viewers to understand moral complexity and allows them to reach their own conclusions.

Lead by patriarch John (Kevin Costner), the Duttons are a family of ranchers who constantly contend with claims to their land from Native American tribes, developers, and the federal government. The show is smart enough to make the best argument for each group.  In the most conservative sense, “Yellowstone” poses questions that can’t be solved with the bumper-sticker platitudes of the AOCs of the world.

Luca (Release date June 18): Pixar is the only major studio with Christians in significant leadership positions (Chief Content Officer Pete Docter and Creative Vice President Andrew Stanton). So perhaps it’s not surprising that while the company has recently made a superficial show of affirming progressive fixations (namely, a casting call for a transgender character and a blink-and-you’ll-miss-it reference to a gay cop in 2020’s “Onward”), its films have continued to focus on deeper truths. From “Toy Story 4’s” Forkie learning that you are what your creator says you are (something that directly contradicts that casting call) to “Soul’s” deeply pro-life ethic, Pixar’s themes continue to champion traditional family and the dignity of every individual as an individual rather than as a member of an identity group.

Thus, it’s a decent bet that their next big film, “Luca,” will be a win for families. Written and directed by Italian animator Enrico Casarosa, the man behind the lovely 2011 short “La Luna,” the story centers on two rambunctious boys who share a secret — they’re both sea monsters. And they’re out to find a summer of adventure with a human girl in an Italian village.

With beautiful simplicity, “La Luna” illustrated how new generations can honor the traditions of the past while still finding their own, innovative paths. Here’s hoping “Luca” carries some of that same spirit.

Ted Lasso, Season 2 (Release date July 23, Apple TV+): If I could summarize the themes of Ted Lasso in two words, they would be forgiveness and optimism. The half-hour comedy about a Kansas football coach who takes a job running a U.K. soccer team offers the antithesis of cancel culture. Rather than searching out the worst in people, then figuratively crucifying them when he finds it, Coach Ted (Jason Sudeikis) looks for the best in even his most arrogant, entitled, and bitter players. And when someone doesn’t live up to his upbeat, can-do expectations? He immediately gives them a break and, sometimes with a dose of tough love, an opportunity to do better next time.

Ted, the white, male Midwesterner with the Southern drawl and corny aphorisms should be a prime exhibit of the ugly American in Europe. He hates tea, spits out that bubbly Continental water, and routinely mangles the local lingo. Yet even the cynical U.K. press can’t resist his consummately American charm. If Ronald Reagan had been a sitcom football coach, he would be Ted Lasso. Thus, soon enough, Ted’s players adopt his cheerful meritocratic views. “Did you know J.K. Rowling has more money than the queen?” a Nigerian player exclaims. “I like the idea of someone becoming rich because of what they gave to the world, not just because of who their family is.”

Even the left-wing outlet Slate had to admit that the show showcases the best of U.S. exceptionalism, saying it “vends a soothing vision of a red state-coded American as a kindly, gentle internationalist, as well as a world in which American soft power still works and does good, and an underestimated, know-nothing American can teach a bunch of foreigners a thing or two about the Beautiful Game and the game of life. On Ted Lasso, American innocence, humility, and heroism are all alive and well.” 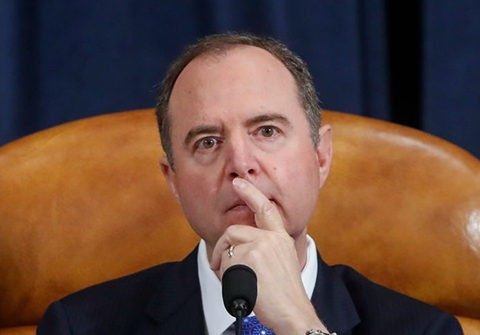 0 382
Schiff: No Regrets Pushing Steele Dossier — Some of It 'Accurate' 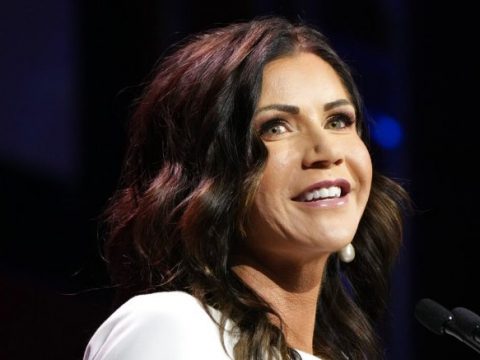 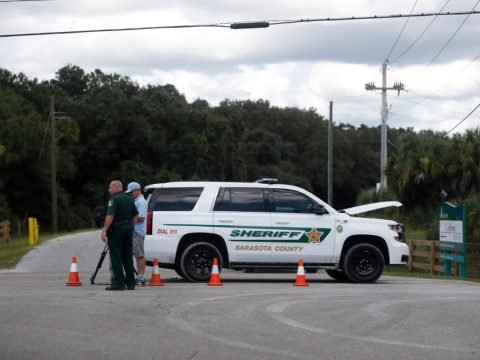 0 275
Brian Laundrie Autopsy ‘Inconclusive,’ Remains Will Be Sent To Anthropologist Before Being Cremated 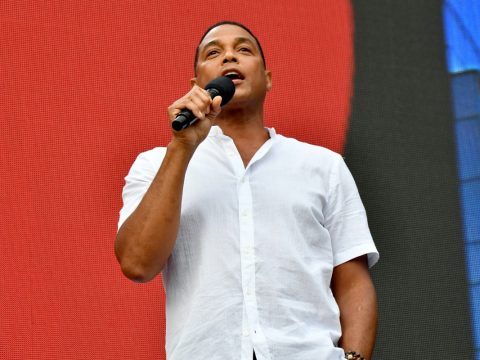 0 1233
‘Don’t Go To The Hospital When You Get Sick!’: Don Lemon Screams At The Unvaccinated
Thanks for subscribing!