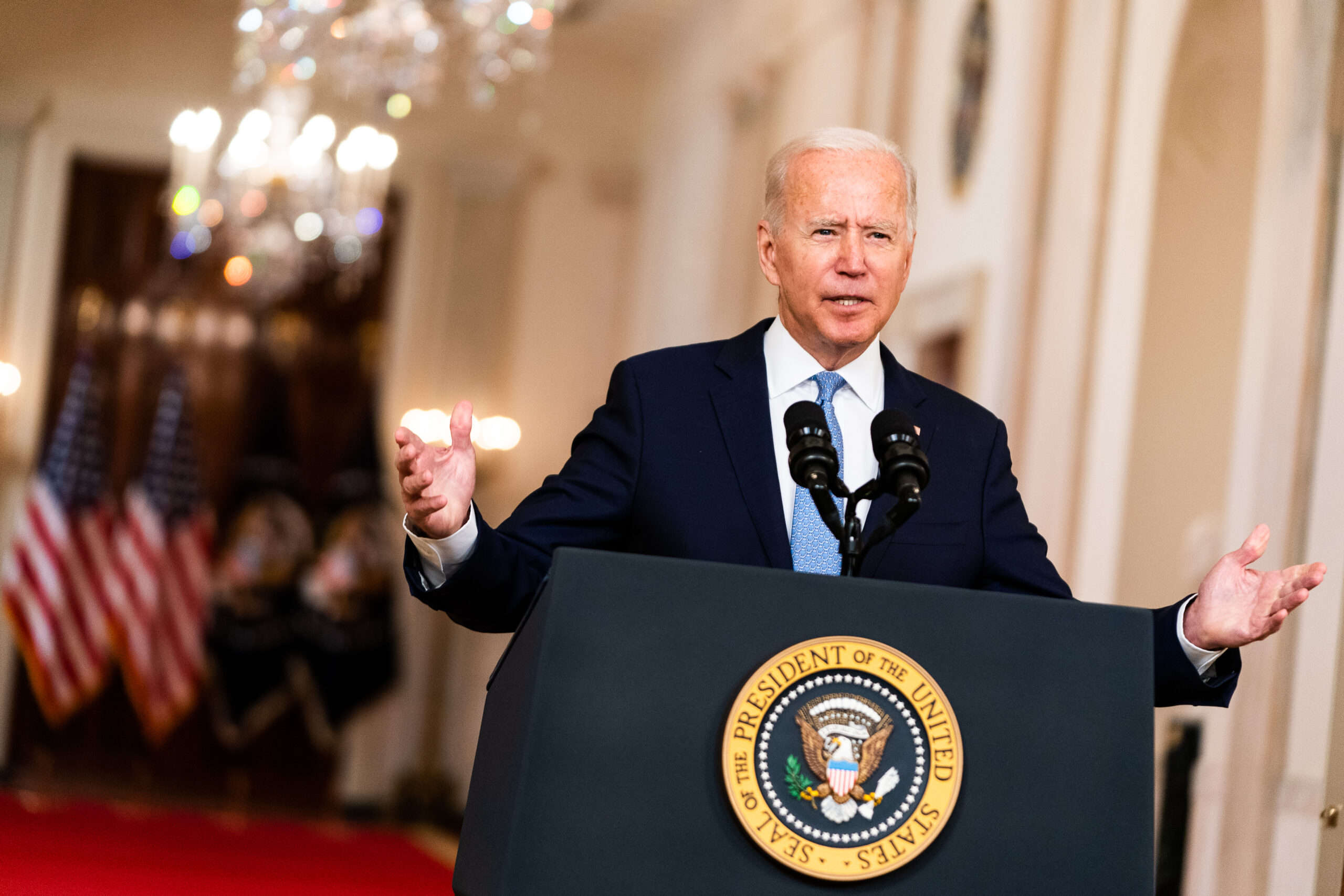 The media have become uncharacteristically critical of the Biden administration during the disastrous withdrawal from Afghanistan. Over the last two weeks, the media posed serious, often scathing questions to administration officials.

Here are five of the toughest comments or queries the Biden administration has faced:

“You’re telling me we should trust what the Taliban said.”

ABC’s “This Week” guest host Martha Raddatz called Secretary of State Anthony Blinken on the carpet when he cited the promises of the Taliban as a reason those trying to flee the war-torn country could rest easy. “Your spokesman said the airport will not be open on September 1, and the Taliban obviously can’t secure safety even when U.S. forces are present. So, how do you realistically think any American citizens or Afghan partners who are left behind will be able to fly out?” Raddatz asked.

“First, just about 24 hours ago, a very senior Taliban leader spoke on television and on the radio throughout Afghanistan and repeatedly assured the Afghan people that they would be free to travel after August 31,” Blinken replied.

“But, Secretary Blinken, they do not trust them,” Raddatz interrupted. “I mean, I know you say you don’t trust the Taliban, but now you’re telling me we should trust what the Taliban said.”

Secretary Blinken said that he was “not saying we should trust the Taliban on anything” but “simply reporting what one of their senior leaders said to the Afghan people.” He included another reason the post-August evacuation will go smoothly: “114 countries have made very clear that it is their expectation that the Taliban will permit freedom to travel going past August 31 — so, that is a clear expectation … across the entire international community.”

He added that the administration has “significant leverage … to incentivize the Taliban to make good on its commitments,” and that officials are “actively planning” for ways either to reopen the airport after Tuesday passes or to use other forms of transportation to remove those stranded in Afghanistan.

“How can you be sure any list you share of Afghans who helped Americans won’t be used for horrendous reasons?”

To secure their safety, the Biden administration reportedly gave a list of Americans and Afghan allies to Taliban officials, according to a report late last week in Politico. On Sunday’s “Meet the Press,” Chuck Todd asked Secretary Blinken about the topic. “I know that you think some of this has been a bit over-reported or exaggerated,” he said. “But given the Haqqani network’s ties to the Taliban, how can you be sure any list you share of Afghans who helped Americans won’t be used for horrendous reasons by the Haqqani network or others?”

Blinken replied that “the idea that we shared lists of Americans or others with the Taliban is simply wrong.” But he went on to say that U.S. officials shared lists of credentials with Taliban officials to expedite the removal of U.S. citizens. President Joe Biden admitted “there may have been” lists exchanged with Islamist officials last week. At a minimum, administration officials turned over the names of students who attended the American University of Afghanistan, a target of Taliban attacks, the New York Times reported on Sunday.

“They have been describing something that isn’t reality.”

After Raddatz’s interview with Secretary Blinken, one of her panelists claimed the administration had pushed falsehoods. Raddatz began by saying, “Listening to President Biden and his top national security advisers before the horrible bombing, they were making this sound like a smashing success. But you heard what Secretary Blinken just said.”

“Yeah. I mean, they have been describing something that isn’t reality,” Jon Karl replied. While he said the airlift had been “incredible,” the evacuation as a whole had been “a disaster.”

“Clearly, Thursday was the worst day of the Biden presidency, and we don’t really know, Martha, how bad it really is,” he said. “The big question is, ‘Does Afghanistan once again become a safe haven for terrorist attacks on U.S. interests around the world or at home?’”

Karl was not the only other person on the news magazine to be unimpressed with Secretary Blinken. Senator Ben Sasse (R-NE) said, “That interview was disgusting, and the American people have a right to be livid about it.”

“Do you really believe that we have ‘enormous’ leverage over the Taliban?”

On “Fox News Sunday,” anchor Chris Wallace opened his interview of Jake Sullivan by playing a video clip of White House spokesperson Jen Psaki saying the U.S. government has “an enormous amount of leverage” over the Taliban, including “economic leverage.” Those forms of leverage included reopening an airport in Kabul.

Sullivan replied, “The answer is emphatically yes; we do believe that the United States of America possesses substantial leverage to ensure that American citizens and others get safe passage.” That included possibly unfreezing “billions” of dollars in Afghan assets for the Taliban regime and “working in a united way” with “the international community.”

“Does the president acknowledge any mistakes having been made with withdrawal or evacuation?”

As criticism has mounted, the Biden-Harris administration has essentially portrayed the chaotic withdrawal of U.S. troops from Afghanistan as a necessary consequence of ending the 20-year-long war. CNN’s Jake Tapper tried to peel apart that difference with National Security Adviser Jake Sullivan.

Tapper said that he does not “dispute the talking point” that Sullivan “and the president keep saying, that this was going to be messy and ugly no matter what.”

“But does the president acknowledge any mistakes having been made with withdrawal or evacuation?” he asked.  “I mean, there are Democrats who are calling for hearings to find out what went wrong.”

Sullivan bristled that the administration’s defensive tactic is “not a talking point. It’s a reality.” While Sullivan said that “all of us who work on these issues lie awake at night and wonder, ‘What could we have done differently?’” his “overriding focus is on getting the remaining American citizens out of the country and making sure that our troops get home safely.”

He acknowledged no specific mistake or failure on the part of the administration’s withdrawal efforts, nor did he say that the president personally recognized any flaws inherent in his strategy.

0 4
Whitlock: Rittenhouse Trial Was 'a Calculated Strategy to Disarm America'