A CNN panel discussion went off the rails Tuesday evening when panelists Kasie Hunt and Ana Navarro teamed up to shout down Jonah Goldberg when he attempted to break down the statistical data surrounding school shootings.

The panel, moderated by host Laura Coates, responded to the comments made by actor Matthew McConaughey during a special Tuesday press briefing about the recent school shooting in his home town of Uvalde, Texas. McConaughey argued for a number of restrictions — including more stringent background checks and raising the minimum age to own a rifle — but focused much of his time on encouraging people on both sides to work together, saying that the American people were not really as divided as politicians and media wanted them to believe they were.

Goldberg responded first, noting that he had agreed with much of what McConaughey had said but he was wary of the insistence that everyone’s kids were in danger.

“You talk about how you are scared for your kids and I have a daughter, I get being scared. If we’re going to tell people they should be scared this is going to happen to them, put this in perspective,” @JonahDispatch says. pic.twitter.com/PpFSv594aB

“I share the moral outrage entirely with everybody on this panel about how horrific and just morally repugnant these slaughters are,” he began, but then he argued that some perspective was necessary. “If we’re going to start telling people that they should be scared that this is going to happen to them, we should at least put this in perspective.”

Pointing out the data, he said that there were over 54 million school-aged children in the United States — and in the last 29 years, 170 had been killed in school shootings.

Hunt and Navarro began to push back, but Goldberg continued, “The moral outrage is entirely valid and justified… You are absolutely right to be outraged about the crime. But if we’re going to tell people they should be terrified about their kids being dropped off at school, we should remind them their kids are more in danger on the drive to school, statistically, than they are at the school.”

“A child’s life cannot be a statistic,” Navarro objected.

“That’s moral bullying. I’m making a basic point to say that you shouldn’t tell people that they should be terrified,” Goldberg insisted.

“If it were your child, it would not be a statistic. It would be a tragedy that you would never ever recover from,” Navarro continued.

“Why is it moral bullying?” Navarro asked.

“You’re making it sound as if I don’t have compassion for these people, of course I do! I’m saying you shouldn’t tell the audience that this is the thing that they should be so terrified with, paralyzed with fear, about their own kids when their kids are more likely to die from a lot of other things,” Goldberg explained.

The argument continued as Navarro pointed to the fact that many car accidents had led to car seat, speed, and seat belt laws, but Goldberg argued that his point remained the same.

“I’m morally outraged by that. It’s grotesque. One shot child is too many. Tell people they should be paralyzed with fear it’s going to happen to them and their kids you are doing them a disservice,” @JonahDispatch hits back at “moral bullying” during CNN panel discussion. pic.twitter.com/GblGUaMGWP

“I said I’m morally outraged by that. I think it’s grotesque. One shot child is too many as far as I am concerned. But if you are going to take that moral outrage and then tell people they should be paralyzed with fear that this is going to happen to them and their kids, you are doing them a disservice,” Goldberg continued.

Navarro pushed back, arguing that it was past time for action because no one had done anything after the Sandy Hook shooting in 2012.

“It’s a national shame. Paralyzed with fear and paralyzed with acceptance and resignation is what we have been for the last ten years. And it’s enough of that. No more paralysis. Get your a**es in gear and call your senator,” she said. 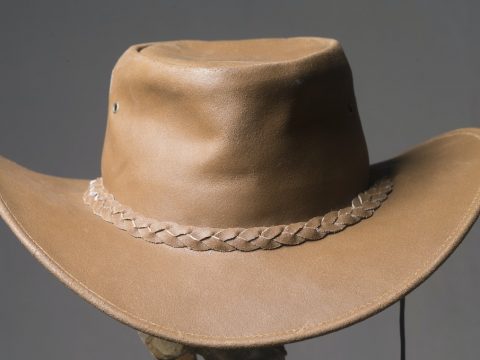 0 28
Charles Gasparino: Bond Market Is Flashing Warning: Raise Interest Rates or We’ll Do It for You