Mr. Colin Kaepernick is the former National Football League quarterback who in 2017 sparked controversy by kneeling for the national anthem and spouting sundry leftist positions, including support for Fidel Castro’s barbarous regime and denigrating the police.  He ultimately sued the league for having been blackballed due to his political views and settled out of court.  Recently, however, Mr. Kaepernick received a workout/tryout with the peripatetic Las Vegas Raiders.  To date, the team has yet to offer him a contract.

Mr. Gabe Kapler is the manager of Major League Baseball’s San Francisco Giants.  In 2020, he followed Mr. Kaepernick’s lead and took a knee during the national anthem.  In the wake of the Uvalde school shooting, he announced he will stay in the team’s clubhouse during the national anthem until he felt “better about the direction of the country.”  However, out of respect for our fallen service members, Mr. Kapler did take the field for the anthem on Memorial Day.  He has further donated to a group seeking to end gun violence and to one protecting veterans’ health.

Mr. Steve Kerr is the head coach of the National Basketball Association’s Golden State Warriors.  He has applauded Mr. Kapler’s public protest: “I always support any form of peaceful protest.  That’s what our country is founded on.  I think it’s great that he is making his own statement. I think everyone has to do it their own way, and that’s the way Gabe chose and I applaud him for it.”  In the past, on his part, Mr. Kerr has riled many with his decidedly left of center stances on such various contentious issues.

The purpose here is not to rehash the arguments as to why the policy positions behind these public protests are misguided; nor why these protests are needlessly divisive and narcissistic.  It is to reveal the Left’s hypocrisy regarding free speech; and to call attention to the Right’s.

Yet, within Mr. Kerr’s remarks is the presumption peaceful public protests are largely the purview of the Left.  What else could explain his being purblind to the overbreadth of his position?  This presumption is the kernel of the Left’s hypocrisy regarding peaceful public protests and, in fact, reveals the entirety and enormity of the Left’s cancel culture: they, alone, are allowed to protest; and, increasingly, whether it be peaceful or not.  (“Summer of Rage,” “ungovernable,” and “Shut Down DC” ring a bell?).

Consider how the Left expended so much effort to risibly pretend – including the attempt to argue that arson and looting aren’t “violence” – that the 2020 riots were “mostly peaceful protests”; and had never espoused any racial animus.  It is breathtaking to behold the lengths the Left will go to conceal their chaotic, destructive ideology, actions, and hypocrisy.

Both at the time of Mr. Kaepernick’s initial protest and throughout the ensuing protests of others, including Mr. Kapler, the principled position has been to respect their constitutional right to engage in peaceful public protest.  But one can also engage in their own act of free speech by condemning the manner and/or message they chose.

This is the crux of the Left’s performative preening on the issue of peaceful public protests and their cancel culture.  They deliberately conflate their opponents’ counter-arguments with violence and an overall opposition to free speech.  Under this erroneous definition, only the Left is allowed to protest; and, in fact, exercise any free speech at all.  To these Maoist Red Guard wannabes, even “silence is violence.”  Should someone who is not a Leftist stray from their party line, the cancel culture awaits to end careers and suck them down the memory hole.  It is why one rarely witnesses a Leftist publicly decry the firing and canceling of a non-Leftist professor for say, writing an article opposing race essentialism.

But this does not mean the Right is allowed to join in the unconscionable cancel culture.  When Mr. Kaepernick first knelt during the national anthem, many on the Right demanded he be fired from his job and be barred from ever again playing professional football.  Now, fortunately to a far lesser degree, some on the Right argue that Mr. Kapler be removed from his managerial duties.  This is exactly how the Left’s cancel culture deals with its opponents.  If one truly believes in free speech and opposes the cancel culture, one must refrain from demanding those with whom they politically disagree must lose their jobs, when said views are distinct from the duties and the performance of it.  Consequently, one can support Mr. Kaepernick, Mr. Kapler, Mr. Kerr, and our hypothetical professor’s manner of protest; and still exercise our free speech rights to denounce or applaud their messages.

For those on the Right to do otherwise would be to participate in the Left’s hypocrisy and cancel culture that they correctly condemn; moreover, it would send the deleterious message to the vast majority of Americans who loathe the cancel culture that neither side of the political spectrum can be trusted to defend their God-given, constitutionally recognized and protected right to free speech and to petition government for the redress of grievances.  And in that ensuing tit-for-tat war of cancellation, the only one who wins are the censorious opponents of free speech, freedom of conscience and, indeed, freedom itself.

As he describes himself:  The product of a misspent youth, the Hon. Thaddeus G. McCotter (M.C., Ret.) is a guitarist, author, occasional radio co-host, and recovering politician.  He is a former U.S. Congressman from Michigan having represented that state’s 11th Congressional district from 2003-2012.

The product of a misspent youth (as he describes it), the Hon. Thaddeus G. McCotter (M.C., Ret.) is a guitarist, author, occasional radio co-host, and recovering politician.

He is a former U.S. Congressman from Michigan, having represented that state’s 11th Congressional district from 2003 to 2012. From 2007 to 2011, he served as Chair of the House Republican Policy Committee. A native of Michigan, McCotter also served in the Michigan State Senate and on the Wayne County Commission. 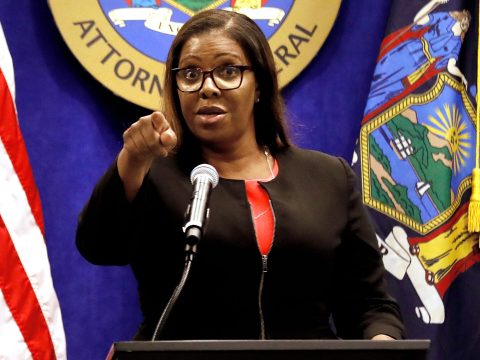