GOP senators beat Joe Biden to the southern border to see how agencies are responding to the Biden border crisis.

On Friday, Sen. Ted Cruz (R-Texas) and Sen. John Cornyn (R-Texas) led a group of 18 senators to the Donna, Texas migrant facility. The two criticized the Biden administration for their lack of transparency, especially regarding banning media access to migrant facilities.

I’m glad my Senate colleagues were able to join me in the RGV and see this unique, vibrant region. Unfortunately, the result of the federal government’s failure to address this border crisis falls disproportionately on them. This profoundly unfair and must stop. pic.twitter.com/wE3Tucm9ol

However, their condemnations ramped up when they say saw unaccompanied minors cramped together, some infected with COVID-19.

“The Biden administration is taking people who are testing positive for COVID-19 and locking them in cages, side by side. This is inhumane,” Cruz said. “It is wrong. And it is the direct consequence of policy decisions by the Biden administration to stop building the wall to return to catch and release, and to end the stay in Mexico policy.”

The senators are also criticizing the Biden administration for rolling back several Trump administration policies. They said revoking the policies, including “Remain in Mexico,” and cutting funding for the border wall is encouraging the surge in illegal border crossings.

This came as federal officials are reporting a 50 percent jump in illegal immigration since February, with border agents encountering 5,000 migrants per day. This includes the 16,000 unaccompanied minors in federal custody, 5,000 of whom are in substandard cages.

This is sad.
This is a tragedy.
This is a self-inflicted wound on our nation.#BidenBorderCrisis pic.twitter.com/JhgEKLmEgU

“This is sad. This is depressing. This didn’t have to happen,” Sen Ron. Johnson (R-Wis.) stated. “This is a self-inflicted wound on our nation and I just do not believe that Biden administration is up to the task to fixing it unless they completely changed stripes here. This is sad. This is a tragedy.”

Cruz took to Twitter to further expose the administration’s failure to look at the crisis from a public health perspective. On Friday, the Republican lawmaker posted multiple pictures of migrants, mostly children, being held in crowded facilities at the border.

The CBP facility in Donna, Texas is a tragic superspreader event caused by the Biden admin.

Per CBP, the Donna facility has a 10% positivity rate. Roughly 4000 aliens are cramped together into cages.

Pictured (identities obscured) are kids who tested + for COVID…today. pic.twitter.com/D5JTYWV2Pl

Cruz criticized the facility as a tragic super-spreader event caused by the Biden White House, citing a 10 percent positivity rate within the detention center.

Despite challenges from both sides of the aisle to step up his response, Joe Biden is putting Kamala Harris in charge. Harris is being tasked with coordinating a federal response with the HHS and DHS. Additionally, Harris will be pressing the Northern Triangle countries, El Salvador, Honduras and Guatemala, to enforce their own borders.

“The Border Patrol said there is no end to this. So Vice President Harris, this is your job to fix,” Sen. Lindsey Graham (R-S.C.) said. “I promise you I will work with you, but you cannot possibly understand your job unless you come here.”

Former advisor to President Trump, Jason Miller, said the president is mulling over visiting the border himself. However, Miller claimed President Trump is giving Biden the opportunity to see his mess first before he makes a return to the border. 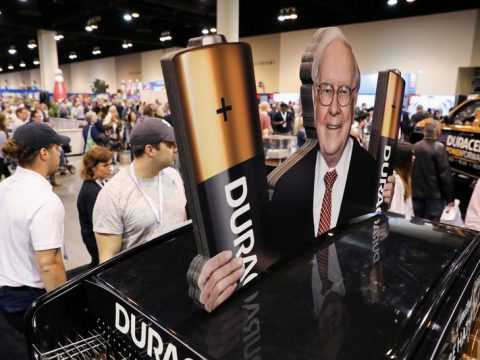 0 32
AG Garland indicates DOJ will not make decision on prosecuting Trump over Jan. 6 before midterms