A Texas rancher claimed during Monday’s edition of “Fox and Friends” that the surge in illegal migrants at the southern border has caused $60,000 worth of damage to his property.

Rancher and Kinney County, Texas, attorney Brent Smith claimed that the migrant “invasion” has led to damage not only on his property, but on other ranchers’ property as well, forcing them to hire private security “to defend their own property rights,” Fox News reported. Smith blamed President Joe Biden’s policies for the surge in migrant crossings.

“Us Americans, in this part of Texas, we don’t have the same rights as other people do,” Smith said during his appearance on “Fox & Friends.” “We can’t enjoy our property and go in our backyards anymore at night. It’s a tragedy.”

Smith also claimed that members of his community “don’t even feel safe during the day” due to the surge in illegal migrants, according to Fox News. “If you don’t have a gun with you, you’re taking a chance,” Smith added. “And it’s sad that that’s the reality we live in today.”

In his role as an attorney, Smith said that the number of cases he is prosecuting for migrants trespassing on people’s property has increased due to the surge, Fox News reported. He also claimed that Texans have been covering the cost of damage sustained to their property by migrants, but that insurance companies have been reimbursing people whose property is damaged by illegal immigrants driving stolen vehicles on their property.

“If it’s a stolen vehicle that goes through the property their vehicle insurance isn’t going to pay for it and ours won’t either so the landowners are stuck with paying for this,” Smith told “Fox & Friends.” (RELATED: Biden’s Border Crisis Goes Way Beyond Migrants)

Kamala Harris must be fired from her role overseeing the border crisis.

She has failed to secure the border and has emboldened cartels. We need real leadership.

However, ranchers like himself are still being required to cover costs associated with livestock escaping due to broken fences, or costs from livestock getting hit by cars, Fox News reported.

NEW: Another large group of 200+ migrants has has turned themselves in at the ballpark in La Joya, TX. More are showing up. This is non stop. We have seen groups all day long, and this is only one tiny stretch of the border. Crisis not slowing. Cameo by @Julio_Rosas11. @FoxNews pic.twitter.com/AW2CTEqWA9

“It’s a sad day in American history where we have to force our president to act and enforce the laws on the books,” Smith concluded. 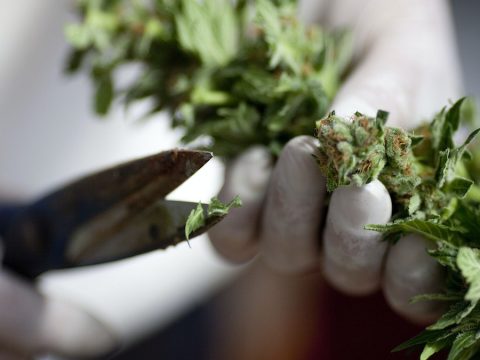