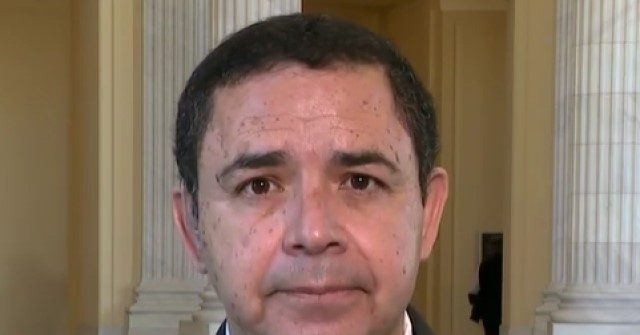 The University of Virginia’s Center for Politics, which keeps tabs on the vulnerability of congressional districts, moved Rep. Henry Cuellar’s Texas 28th Congressional District from ‘likely Democrat” to “toss-up” after neither he nor his challenger, socialist Jessica Cisneros, were able to seal the party’s nomination with over 50 percent of the vote Tuesday night.

As the Democrat party is now forced to use resources, much needed in other races, for the Democrat versus socialist run-off, the candidate, whichever one it may be, will be in a much weaker position to run against the Republican nominee. However, this is a rematch for Cuellar, and in 2020, he narrowly defeated Cisneros in the primary.

The Center for Politics indicated that  the reason for changing the district to a “toss-up” is that Cuellar, who is a “proven local commodity,” also “has a cloud hanging over his head” since he recently had a “court-authorized” FBI raid of his house. He insisted that he did nothing wrong but is cooperating with investigation authorities.

But, Cisneros, who has seen droves of far-left Democrats lining up to back her, “may very well be too progressive for an ancestrally Democratic but not particularly liberal area.”

Another major factor in the change was the “Republican trend among Latino voters that manifested itself in South Texas in 2020.” Reportedly, while the Latino voters are leaning more Republicans than in the earlier years, the support for Biden was “way down” from the nearly 20-point victories Hillary Clinton saw in 2016 and Robert Francis “Beto” O’Rourke saw in his 2018 Senate bid.

Another point the Center for Politics noted is that there is a possibility the May run-off would provide more time for information to arise from Cuellar’s recent “court-authorized” FBI raid clarifying if the congressman is in legal trouble.

0 16
‘Your Influence In The Republican Party Is Almost Zero’: Meghan McCain Unloads On Joy Behar In Testy Spat Over Matt Gaetz