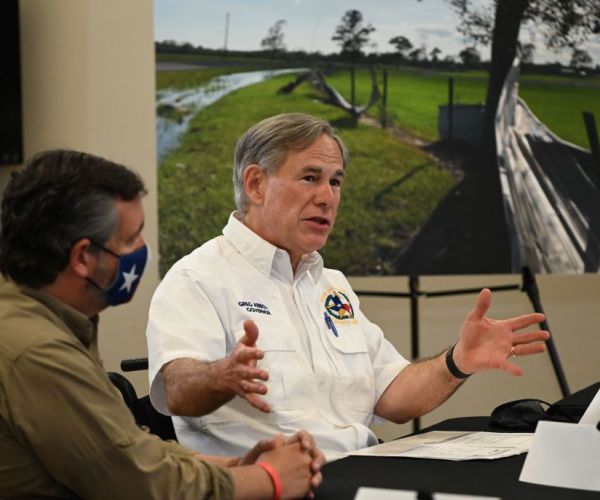 Texas Gov. Greg Abbott this week issued a state of emergency for the Lone Star State over border crossing concerns.

“President Biden’s open-border policies have paved the way for dangerous gangs and cartels, human traffickers, and deadly drugs like fentanyl to pour into our communities,” Abbott said in a statement.

“Meanwhile, landowners along the border are seeing their property damaged and vandalized on a daily basis while the Biden Administration does nothing to protect them,” he continued.

“Texas continues to step up to confront the border crisis in the federal government’s absence, but more must be done. By declaring a state of disaster in these counties, Texas will have more resources and strategies at our disposal to protect landowners and enforce all federal and state laws to combat criminal activities stemming from the border crisis. Working together with local law enforcement, the state will continue to take robust and meaningful action to keep our communities safe.”

Texas state Rep. Henry Cuellar, a Democrat from Laredo, dismissed the state of emergency as politics, telling local NBC affiliate KXAN that “I do not think that this is a disaster. This is a state version of [former President Donald Trump] declaring a border emergency. I disagree with that.”

Abbott also announced that Trump had endorsed him in his reelection bid.

“President Trump is a great friend of Texas,” the governor tweeted on Tuesday. “I thank him for his endorsement. I’m proud of the work we’ve done together to secure our border, bring more jobs to Texas, & protect the freedoms that make America & Texas great — & we are just getting started.”

Last month, Abbott accused Biden of having abandoned “the rule of law” at the border in Texas.

“Our state legislature, they allocated about $800 million every two years for the state to pay for this [border security],” he said on Fox News last month.

“This year, because of the extended time that we will have the National Guard on the border, it likely — will clearly — exceed a billion dollars for the state to have to secure the United States of America.”

The governor also recently announced his plans to create legislation that would outlaw the creation or delivery of the opioid fentanyl.

0 125
FACT CHECK: No, This Video Of Fast Turtles Is Not Real