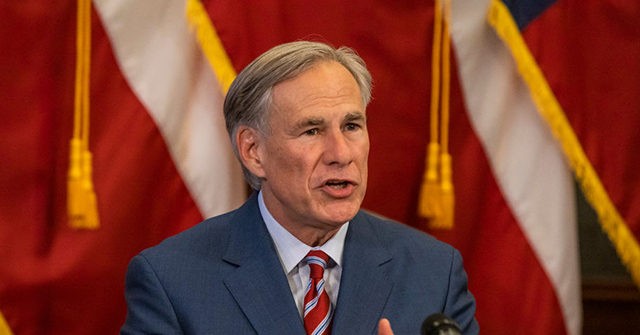 Texas Gov. Greg Abbott (R) on Tuesday directed the state to investigate transgender procedures on children, citing the Office of the Attorney General (OAG), which has confirmed that “a number of so-called ‘sex change’ procedures constitute child abuse under existing Texas law.”

In a letter addressed to Jaime Masters, commissioner of the Texas Department of Family and Protective Services (DFPS), Abbott affirmed that the OAG determined that many of the so-called sex-change procedures done on children “constitute child abuse,” thereby directing the agency to “conduct a prompt and thorough investigation of any reported instances of these abusive procedures in the State of Texas.”

Citing the OAG Opinion, Abbott said it is clear that it is against the law to “subject Texas children to a wide variety of elective procedures for gender transitioning, including reassignment surgeries that can cause sterilization, mastectomies, removals of otherwise healthy body parts, and administration of puberty-blocking drugs or supraphysiologic doses of testosterone or estrogen.” Under Texas law, Abbott continued, all licensed professionals “who have direct contact with children who may be subject to such abuse, including doctors, nurses, and teachers,” could face “criminal penalties for failure to report such child abuse.”

“There are similar reporting requirements and criminal penalties for members of the general public,” Abbott continued, informing DFPS that it also has a duty to “investigate the parents of a child who is subjected to these abusive gender-transitioning procedures, and on other state agencies to investigate licensed facilities where such procedures may occur.”

Greg Abbot has officially directed Family and Protective Services to begin investigating all trans children in Texas and prosecuting their parents as child abusers.

He has also instructed all teachers, doctors, and caregivers to begin reporting any trans students they see. pic.twitter.com/AO4FdYNuym

Abbott’s letter followed Attorney General Ken Paxton’s opinion indicating that some of these procedures on children do, in fact, constitute child abuse:

These procedures are monstrous and tragic. “I’ll do everything I can to protect against those who take advantage of and harm young Texans. https://t.co/AOoO5NNmyC

“The Texas Family Code is clear—causing or permitting substantial harm to the child, or the child’s growth and development is child abuse,” the opinion reads in part. “Courts have held that an unnecessary surgical procedure that removes a healthy body part from a child can constitute a real and significant injury or damage to the child.”

As The Dallas Morning News reported, “Attorney general opinions do not have the force of law, but former officials said agency heads are mostly expected to follow them.”

Kate Murphy, senior policy associate for child protection at Texans Care for Children, told the outlet that it is “unclear” what will occur next, as it is a “nonbinding opinion.”

“Right now, we have more questions than answers,” Murphy said.