Bishop Joseph Strickland of Tyler Texas said Friday that New Jersey Gov. Phil Murphy has caved to the culture of death and should stop claiming to be a “good Catholic.”

Bishop Strickland was responding to a statement by Gov. Murphy in which he insists that a “good Catholic” can be pro-abortion, citing Jesuit Father Pat Conroy, the former chaplain of the U.S. House of Representatives, who made this same argument recently in the Washington Post.

“No Phil you are not a good Catholic,” the bishop wrote on Twitter. “Please acknowledge that you have bowed to the culture of death.”

“There is no defense for wanton destruction of life,” Strickland continued. “We must all pray for you & all who have succumbed to your delusion.”

In his statement, Murphy insisted that his personal faith should not be used to “deny services” to women seeking an abortion.

“Last week, Rev. Pat Conroy, a Jesuit priest who served as chaplain for the House of Representatives for 10 years spoke to the Washington Post about being pro-choice and Catholic, as I am,” the governor said. “And he said, and I quote Father Conroy, ‘A good Catholic in our system could be saying given women in our system have this constitutional right, our task as fellow Christians or as Catholics is to make it possible for her to optimize her ability to make the choice.’”

Before signing the bill, Murphy praised its passage, calling it “urgent” to defend Roe v. Wade, the 1973 Supreme Court decision that made abortion on demand the law of the land.

“A bill to codify a woman’s right to choose into state law and expand access to reproductive health care for all just passed both houses of the Legislature,” Murphy tweeted last Monday. “With Roe v. Wade under attack, the need for this bill is more urgent than ever.”

In a statement this week, the Catholic bishops of New Jersey condemned the bill, which enshrines in law a right to abortion up to birth. 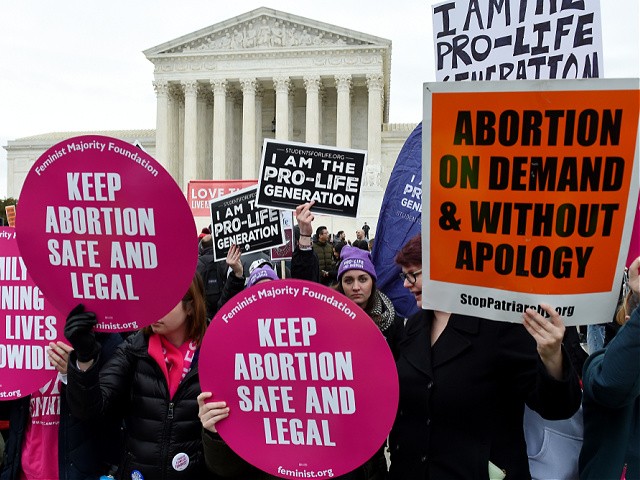 This law departs from the fundamental understanding that “all life is sacred from conception to natural death,” the bishops stated. “Even more distressing is that the legal and ethical calculus that underlies this new legislation absolutely and forthrightly extinguishes the human and moral identity of the unborn child.”

“Perhaps the legislators who rushed through this Act in the waning moments of their terms did not want citizens to understand fully its inhuman and lethal consequences,” the bishops added.