Tesla is asking all Texas-based customers to avoid charging their electric vehicles during certain times of the day as the Lone Star State is currently experiencing a massive heatwave that is straining its electrical power grid.

On Wednesday, The Verge reported that Tesla recently sent a notice to the screens inside Tesla vehicles in Texas saying, “A heat wave is expected to impact the grid in Texas over the next few days.”

“The grid operator recommends to avoid charging during peak hours between 3pm and 8pm, if possible, to help statewide efforts to manage demand,” the alert added.

On Monday, the Electric Reliability Council of Texas (ERCOT) — which operates the state’s power grid — asked residents to conserve energy between the hours of 2:00 pm and 8:00 pm local time by not using heavy appliances during that timeframe.

Texas uses a mix of fossil fuels and renewables to keep its electrical grid running. When major heat waves move through the state, wind power is often decreased due to a change in pressure in the atmosphere. Thus, the state’s wind turbines are failing to produce the necessary amount of energy to keep the grid operating without significant problems.

Texas has experienced similar issues in recent years due to extreme weather — including winter storms. The state so far has been able to avoid rolling blackouts during the latest weather calamity — which some say is because of voluntary cutbacks on energy. While others argue that the problem is overly relying on wind power or insufficient investment in the energy infrastructure.

Daniel Turner, the founder of Power the Future, told The Daily Wire that the recurring energy problems illustrate one of the major drawbacks of transferring to green energy. In recent years, Texas has spent billions increasing the capacity of its wind farms.

“Texas has spent $66 billion of taxpayer money on renewable energy with the promise of 30,000 MW of capacity,” he said in an emailed statement. “According to ERCOT for the last few days it has generated far less than that.”

On Monday, ERCOT announced, “While solar power is generally reaching near full generation capacity, wind generation is currently generating significantly less than what it historically generated in this time period. Current projections show wind generation coming in less than 10 percent of its capacity.”

“This is the ongoing lie about green energy,” Turner continued. “Capacity is not a valid metric since it is dependent on unknowable wind and sun. The electric grid requires constancy yet it is being sourced with a persistent variable. This is the application of the social sciences, political philosophy, and equity studies to the hard science — not engineering and physics.”

Turner explained further, saying that despite rhetoric emphasizing that green energy is beneficial — it can severely impact your day-to-day habits.

“Texans are sent warnings to raise their air condition temperature and not use appliances like washing machines,” Turner clarified. “These are the messages sent to the developing world, yet in the name of ‘progress’ Texans are taking steps backward in their quality of life.”

Turner also pointed out that the state is currently being assisted by fossil fuels — the kind demonized by leftists — to keep the grid afloat.

Others, like the Natural Resources Defense Council (NRDC), argue that the state’s ongoing problems point to the fact that more investment is needed in the grid to ensure it can run smoothly.

Texas’ grid largely relies on its own power structure  — meaning that it is essentially incapable of using energy from neighboring states during times of need.

“Texas suffered the worst outcomes in large part because most of the state is an electrical island with very limited connections to neighboring states,” NRDC said in a February 2022 press release while discussing a 2020 winter storm that caused several days of blackouts in Texas. “With no transmission crossing state lines, it could not lean on its neighbors for power.”

NRDC says the solution is to have a diverse power grid capable of maximizing its energy potential in conjunction with other energy providers.

“No single power source is infallible, but a nimble and resilient grid can deliver electricity across the country from the producers that have it to the areas that need it,” NRDC added.

Tesla, led by the world’s richest man Elon Musk, moved its headquarters to Texas from California in late 2021.

All copyrights and legal uses attributed to content are located at the article origination: © Daily Wire, Tesla Asks Texans To Limit Charging Cars During Heat Wave As Wind Power Slows 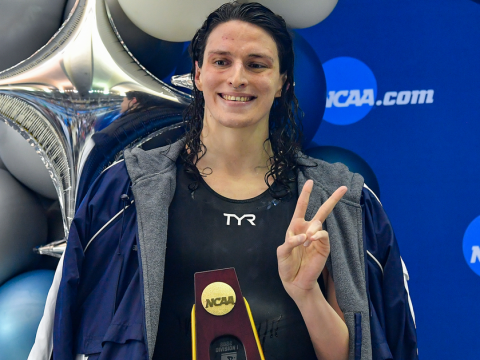 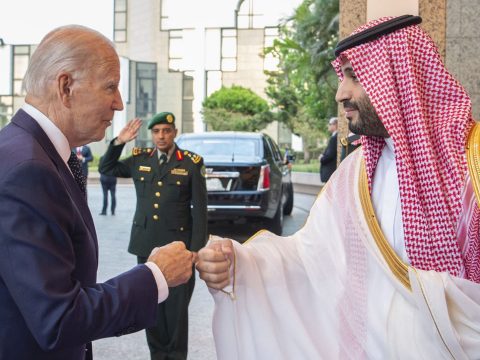