The 27-year-old Kyrgios will have four days of rest before he plays his maiden major final against Djokovic or Norrie after his semi-final opponent Nadal was forced to pull out due to an abdominal injury on Thursday.

Djokovic, a 20-times major winner, has not lost a contest on the manicured lawns at the All England Club since he retired mid-match with an injury in the 2017 quarter-final against Czech Tomas Berdych.

A win over Britain’s ninth seed Norrie would put the 35-year-old Djokovic into an unprecedented 32nd men’s Grand Slam singles final and keep his bid alive for a fourth straight and seventh overall title at Wimbledon.

If he lifts the Challenge Cup again, Djokovic will also close in on nearest rival and 22-times major winner Nadal on the Grand Slam count.

But to have that chance he will have to beat Norrie and a partisan Centre Court crowd with the left-hander bidding to become the first home finalist since Andy Murray won his second Wimbledon title in 2016.

Djokovic lost only three games against Norrie when the duo faced off in their lone meeting in the group stages of the ATP Finals last year.

“We played indoors… only one encounter that we had,” the top-seeded Serb said.

“Of course, different conditions, different tournament (and) environment than what it would be playing here in Wimbledon on Centre Court, semi-finals of a slam in his country. I know what to expect… in terms of the crowd support.

“Again, for him, not much to lose. Every victory from now onwards is a big deal for him. I know that. But I practised few times. I know his game well. He’s been around. Of course I will do my homework and get ready.”

Both Djokovic and Norrie had to stage five-set comeback victories in their quarter-finals.

While Djokovic rallied from a two-set deficit against Italian Jannik Sinner, Norrie fought back from 2-1 down to beat Belgium’s David Goffin.

But on paper Djokovic, who Goffin described as “an alien” due to his incredible record at Wimbledon, looks the clear favourite in Friday’s clash against the South African-born and New Zealand-raised Norrie.

However, Norrie, the fourth British man to reach the semi-finals in the professional era, will not be intimidated and with the Centre Court crowd roaring him on will believe anything is possible.

“It’s one of the tougher tasks in tennis, I’m going to have to definitely raise my level and raise my level of focus to have a shot with him,” the 26-year-old said after beating Goffin.

“I think obviously I have been playing great, but I think there are a lot of things I can do better… I’m going to be ready for him.” 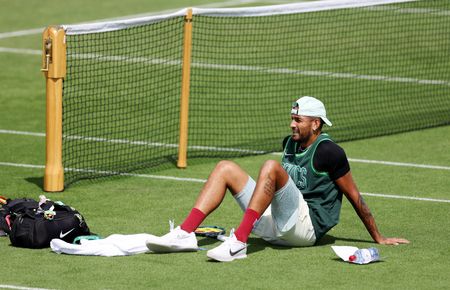 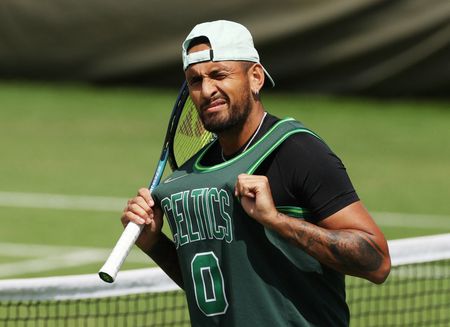 All copyrights and legal uses attributed to content are located at the article origination: © OANN, Tennis-Djokovic ready to take on crowd and Norrie as Kyrgios awaits 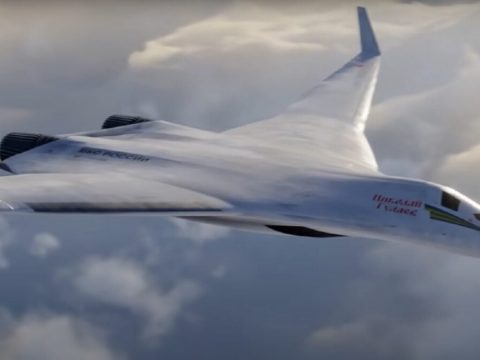