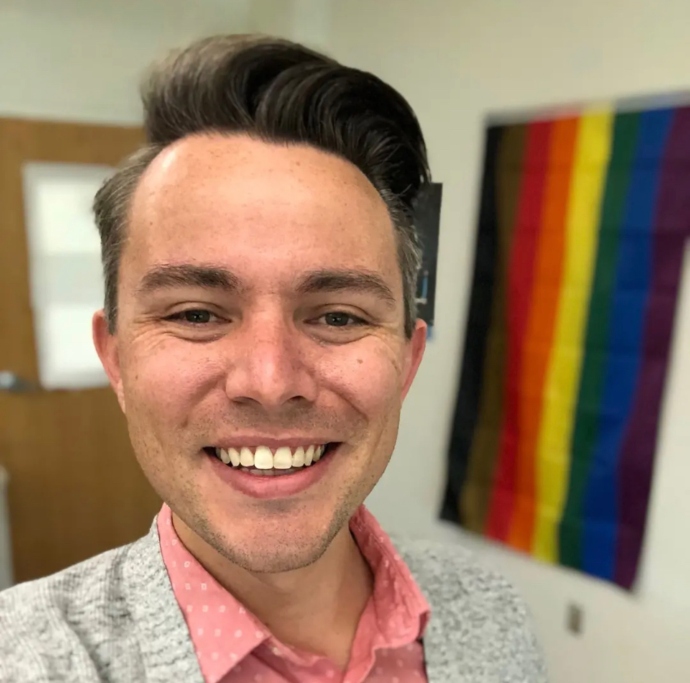 If there was any doubt that leftists’ ultimate goal is to steer humanity into confusion and ignorance, a young teacher at Blacksburg High School in Virginia has cleared that all up.

Attacking his school district’s use of Positive Behavioral Interventions and Supports (PBIS) to keep order in the classroom, Josh Thompson, an English teacher at Blacksburg High School, said in a TikTok video that expecting students to behave, sit quietly and follow directions “the definition of white supremacy,” FOX News has reported.

Apart from the racist implication that non-white people thrive in childish, lawless chaos, Thompson’s ridiculous sermon, posted in May, shows a comtempt and even ignorance of the entire process of teaching and learning.

People who have seen the since-deleted video on social media are asking that the district address it and some have even demanded that the teacher be fired.

In the video Thompson, situated in front of a gay-Pride rainbow flag, says: “I stated that PBIS is white supremacy with a hug and a lot of y’all wanted to know more about that . . . so if PBIS concerns itself with positive behaviors, we have to ask ourselves, ‘Okay well what are those positive behaviors?’ And it’s things like making sure that you’re following directions, and making sure that you’re sitting quietly, and you are in your seat and all these things that come from white culture.’”

He goes on: “The idea of just sitting quiet and being told stuff and taking things in, in a passive stance, is not a thing that’s in many cultures. So if we’re positively enforcing these behaviors, we are by extension positively enforcing elements of white culture. Which therefore keeps whiteness at the center, which is the definition of white supremacy.”

After a storm of reaction, since his stated beliefs appear to be those of half the country along with those of the current occupants of the White House, Thompson’s TikTok and Twitter accounts are now set to “private.”

The Montgomery County School District said they support Thompson’s free speech rights, but said that his views are not theirs and defended their use of PBIS.

A district official told Fox News: “A teacher is entitled to their personal belief regarding any division program. The statements made by this teacher do not reflect our PBIS program or the behavioral expectations that we have of students in our schools.”