Sen. Ted Cruz (R-TX) said his wife is furious that “paparazzi” snapped shots of her while she vacationed on a beach in Cancun.

Cruz and his wife planned last week to take their daughters on a hastily planned trip to Cancun while Texas weathered a severe winter storm that caused widespread power outages across the state. The furor over the Texas senator’s departure while his state is in crisis cut Cruz’s vacation short, though his wife and daughters stayed at the popular vacation destination.

As the outcry erupted around Cruz, a photojournalist captured footage of his wife on the beach “in her bikini,” Cruz said on a Tuesday episode of the podcast “Ruthless.”

“It was really creepy,” Cruz began, referring to a photographer snapping a photo of the Cruz family dog Snowflake in the window of their Texas home. “Even more creepy, frankly, is paparazzi went down to the beach and took pictures of Heidi in her bikini.”

“And I will tell you that she is pissed about it,” the senator continued. “Now I’m sitting there, look, Heidi is smoking hot, so I looked at the pictures and said, ‘man, you look great,’ but, you know, … I don’t think there are many women that would be thrilled to have reporters following them around, taking pictures of them in their bikinis.”

Later on in the podcast, Cruz revealed that his wife was also “pissed” at two anonymous sources who leaked her text messages to a group chat to The New York Times. Heidi had invited some of their neighbors to join them in Cancun, saying the temperature in their house was “FREEZING.”

“Yeah, I will say Heidi is pretty pissed at that,” Cruz said, referring to the leaked messages. “It’s a sign of how ridiculously politicized and nasty and just, you know, here’s a suggestion: just don’t be a**holes. Treat each other as human beings. Have some degree, some modicum of respect.”

The Cruz family left the country for Cancun on Wednesday last week planning to stay until Sunday. Cruz returned Thursday after the uproar began over his leaving Texas amid the winter storm. The senator later said his decision to leave the state was a “mistake.” As The Daily Wire reported:

After catching a flight back to Houston on Thursday, Cruz addressed the backlash with reporters outside his home. “We left yesterday, the plan had been to stay through the weekend with the family,” he said, referencing how the last week “has been tough on a lot of folks” and recounting how his family had been reduced to clustering around the fireplace after they lost power.

When his daughters found out that school had been canceled for the week, Cruz explained, they suggested taking a vacation. “They said, ‘Look, why don’t we take a trip? Let’s go somewhere where it’s not so cold.’”

Cruz admitted, however, that his doubts about taking a vacation began immediately. “I have to admit, I started having second thoughts almost the moment I sat down on the plane,” he said. “Because, on the one hand, all of us who are parents have a responsibility to take care of our kids, take care of our family. That’s something Texans have been doing across the state.”

Related: Joe Rogan On Ted Cruz Controversy: ‘Can He Make It Warm Out?’ ‘What Can He Do?’ 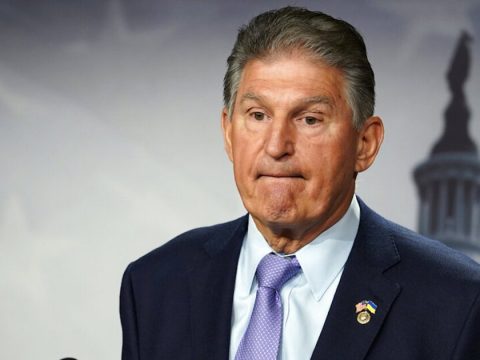