By Lisa Richwine and Danielle Broadway

(Reuters) -Taylor Swift won the top honor at MTV’s annual Video Music Awards on Sunday for a 10-minute version of her 2012 breakup song “All Too Well” and made a surprise announcement of a new album coming in October.

The singer thanked fans from the stage at the Prudential Center in New Jersey as she accepted the honor, the 14th VMA of her career. “All Too Well” is one of the past hits Swift re-recorded after a dispute with her former record label.

“We wouldn’t have been able to make this short film if it weren’t for you, the fans,” Swift said, before revealing that she will release her next album on Oct. 21.

Called “Midnights,” the album will tell the stories of “13 sleepless nights scattered throughout my life,” the singer said in a Twitter post after her win.

Also at the VMAs, Puerto Rican singer Bad Bunny was named artist of the year and was handed his Moon Person statue at New York’s Yankee Stadium, where he was playing a concert to a sold-out crowd.

Former Disney Channel star Dove Cameron, singer of hits “Breakfast” and “Boyfriend,” was named best new artist. “This year has been so wild,” she said, and dedicated her award “to all the queer kids out there.”

Other winners included Harry Styles, who received the album of the year trophy for “Harry’s House” and accepted via video from nearby Madison Square Garden, where he was about to perform.

Actor Johnny Depp, who had been shunned by the entertainment business during a defamation fight with ex-wife Amber Heard, appeared briefly throughout the show, his face digitally inserted inside the helmet of a floating astronaut.

Nicki Minaj was celebrated with the Video Vanguard award for her career of hits. The singer performed a medley of “Anaconda,” “Super Bass” and other songs before paying tribute to artists who inspired her.

“I wish that Whitney Houston and Michael Jackson were here,” Minaj said. “I wish that people understood what they meant, what they were going through (and) took mental health seriously.”

Snoop Dogg and Eminem rapped “From the D 2 the LBC” as animated images inside “Otherside,” an upcoming metaverse platform from NFT and cryptocurrency company Yuga Labs.

Other performers included K-pop band Blackpink and global icon honoree the Red Hot Chili Peppers, who were introduced by comedians Cheech and Chong.

The show opened with Harlow singing “First Class”, dressed as a flight attendant on a plane, before entering the arena to join former Black Eyed Peas singer Fergie to perform “Glamorous.”

Lizzo, dressed in a Barbie-pink outfit and combat boots, followed with “2 Be Loved (Am I Ready).” The plus-sized singer later won an award for “About Damn Time” and told the crowd she would not use the stage to “clap back” at critics.

“Because I’m winning!” she exclaimed. 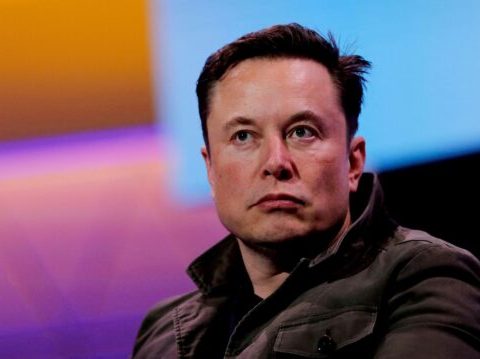 0 26
Nolte — Brian Stelter: After Enjoying the Holidays Off, Chris Cuomo Will Probably Return in January

0 19
How to Deter China from Making War