Bizarre alternative genital surgeries are being offered to patients who identify as “nonbinary” in surgery centers across the country, and some states are letting taxpayers foot the bill. These surgeries, which represent custom alternatives to more “traditional” transgender-related genital surgeries, include sex nullification, penis-preserving vaginoplasty, and vaginal preservation with metoidioplasty.

“Nonbinary” is a popular identity under the transgender “umbrella” for individuals who reject both masculine and feminine stereotypes and social roles. Over one million adults in the U.S. identify as “nonbinary,” according to a 2021 UCLA survey. As the transgender umbrella expands to include the ever-growing list of gender identities — such as demiboy, eunuch, gendervoid, maverique, neutrois, etc. — plastic surgery centers are offering customizable surgeries that cater to them.

“We understand that some patients will not be looking specifically for binary surgeries. For gender diverse, expansive, nonbinary patients; we offer individualized surgical options. Examples include penile preservation vaginoplasty, vaginal preservation with metoidioplasty and nullification,” reads the MoZaic Care website, a surgery center in San Francisco that specializes in genital surgeries for transgender and “nonbinary” patients.

Nullification surgery, sometimes referred to as a “Ken doll” surgery or nulloplasty, “removes external genitalia while preserving a urethral opening and anal opening,” according to the MoZaic Care website. While nullification is most often marketed to males, MoZaic offers it to both sexes. “If the patient was born with a penis, the penis will be removed in addition to both testicles and the scrotum,” reads MoZaic’s website.​ “If the patient was born with a vagina, the vagina will be removed in addition to the clitoris and labia.” Recipients of nullification surgery sometimes refer to themselves as a “nullo” or “smoothie” to denote the “smoothness” of their genital area after the procedure.

As one man who received a nullification surgery explained, “Basically for the nullification surgery, they remove the testicles, the scrotum, and the penis, and they essentially just sew the skin up into a very tight vertical line which kind of fades away. If the surgeon’s great, there’s no scar at the end of it, and they relocate the urethra down to kind of between your legs.”

Penile preservation vaginoplasty — offered to males — and vaginal preservation with metoidioplasty — offered to females — are custom surgeries that allow the individual to obtain the “hermaphrodite look” and have the appearance of both male and female genitalia at the same time. Penile preservation vaginoplasty, or as MoZaic calls it, a “Phalgina,” differs from a more traditional vaginoplasty as it does not involve a penectomy (surgical removal of the penis) and uses the genital tissue from the scrotum via orchiectomy (removal of the testes) to create a pseudovagina.

More “traditional” transgender surgeries are also offered, including hysterectomies and vaginoplasties that are available for minors as young as 15, so long as they are emancipated or “live apart from [their] parents or guardians, and manage [their] own financial affairs.”

According to the MoZaic website, federally funded insurance plans require a minimum age of 21 to receive sterilizing genital surgeries. “Federally funded (have Medi-cal or Medicaid) patients, must be 21 years of age to undergo elective sterilization surgery,” the pages for vaginoplasty and hysterectomy FAQs read. Eighteen-year-olds can obtain sterilizing genital surgeries if done through private insurance or paid for out-of-pocket.

San Francisco Health Plan, a form of Medi-Cal, and Blue Cross Covered California, another state-sponsored insurance, are a few of the accepted insurance options at MoZaic. California law prohibits insurance companies from denying medical insurance benefits for transgender-related care. In 2021, $13 million was allocated to the Transgender Wellness and Equity Fund in the state budget that California Governor Gavin Newsom signed off on to fund these services. While prior authorization from a physician is required, transgender and “gender diverse” patients are rarely denied and many advocacy groups assist people in appeals to any Medicare denials.

Dr. Heidi Wittenberg is the director of MoZaic and boasts about having  performed hundreds of genital surgeries. Dr. Adam Bonnington is another surgeon at MoZaic who celebrated his 100th vaginoplasty in April of this year.

“If you need help paying your bill, you may qualify for a government-sponsored program or Dignity Health Payment Assistance Program that may cover some or all of your balance,” according to Dignity Health’s Billing Help and FAQs.

Surveys report that around one in four transgender and “nonbinary” people choose “gender affirmation” surgery,

All copyrights and legal uses attributed to content are located at the article origination: © Daily Wire, Taxpayers Are Funding Surgeons To Play Dr. Frankenstein On ‘Nonbinary’ Patients 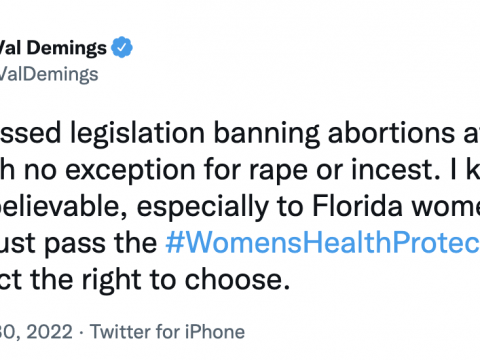