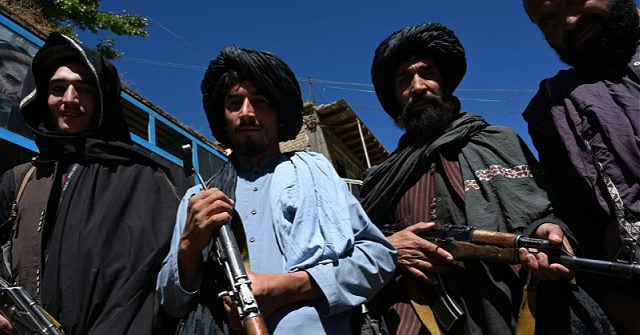 “This evening, a dispute between people who reside on the border caused gunfire in the Sistan border area, which was handled and ended with the coordination of the border guards on both sides,” Iranian Foreign Ministry Spokesman Saeed Khatibzadeh said in a statement issued December 1.

“The clashes came after unknown armed men made troubles for Iranian farmers whose lands cross a border wall that Iran recently built to curb smuggling and drug trafficking from the Afghan side of the border,” the news agency revealed.

“[S]ome pieces of land belonging to the Iranian farmers were divided by the wall,” MNA noted.

In the days immediately preceding Wednesday’s border skirmish, the “armed men” — confirmed to be Taliban members on Thursday — allegedly “fired on Iranian farmers, puncturing the tires of a number of their tractors because they misunderstood the wall and the activities of the Iranian farmers on their own lands,” according to the press agency.

The Taliban “deployed a lot of their gangs to the area on Wednesday morning and started firing at the positions of the Iranian border guards, which was followed by a response from the land forces of the Iranian army, and the Their positions were hit back by artillery,” MNA detailed. The encounter produced no known injuries on either side of the conflict.

“The clashes ended and Iran is discussing the dispute over the border with the Taliban,” Iran’s semi-official Tasnim news agency reported on December 1.

Taliban deputy spokesman Bilal Karimi confirmed that members of his organization participated in the fighting on Wednesday by telling Afghanistan’s Tolo News “the clashes had stopped,” without providing further details.

Taliban spokesman Zabihullah Mujahid issued a Twitter statement on December 2 in which he also confirmed the border encounter between Taliban fighters and members of the Iranian armed forces.

“There was a misunderstanding between the Afghan and Iranian border guards in the border area of Kong city in Nimroz province, and with mutual understanding, the incident was controlled,” he wrote.

“We have issued the necessary instructions to prevent similar incidents,” the spokesman added.

Iran shares a 572-mile-long border with Afghanistan. While the states share much in terms of geography, ideological differences between Tehran and Kabul have long fostered frosty relations between the two neighbors. An estimated 90 percent of Iran’s population follows Shia Islam, which is the country’s official state-mandated religion. About 90 percent of Afghanistan’s population follows Sunni Islam, making the country a natural rival of Iran.

The Taliban, which previously ruled Afghanistan from 1996-2000, reconquered Afghanistan on August 15 by deposing Kabul’s U.S.-backed government. The regime quickly reinstated its historic ruling system of sharia, or Islamic law, based on its fundamentalist interpretation of Sunni Islam. The Taliban seized control of Afghanistan in part by staging a month-long ground offensive that allowed the group to sack key sites across the nation before it ultimately laid siege to Kabul, the Afghan national capital. The Taliban captured a strategic Afghan-Iran border crossing known as Islam Qala on July 9 as part of this preliminary campaign.

“Since the Taliban’s takeover in August, hundreds of thousands of Afghan civilians have escaped into neighboring Iran using informal border crossings,” Al-Monitor reported on December 1.

“The Shiite Islamic Republic has pledged to work with Afghanistan’s new Sunni extremist leaders despite their historically rocky relationship,” the news site noted.