There’s been a ton of criticism lobbed at the “Sex and the City” (“SATC”) reboot slash sequel, “And Just Like That” (“AJLT”). Many viewers claim the new version is trying way too hard to fit in with modern times. But according to actress Cynthia Nixon, who plays Miranda Hobbes on the series, these updates were essential.

The original “SATC” premiered in 1998 and ended in 2004. The series was initially heralded as progressive, but critics looking back say there are multiple instances of homophobia, discrimination, cultural appropriation, and slut shaming, just to name a few. The series was edgy at the time. However, “SATC” wouldn’t be classified as anywhere near woke by today’s standards.

One of the biggest issues is the lack of diversity. “AJLT” producers were eager to rectify this issue, and Nixon said that’s a major reason she agreed to the project. She discussed some of her thoughts during an episode of “The Drew Barrymore Show” this week, The Daily Mail reported.

She continued, “We were in our early 30’s when we started, we are 55, 56 now. And the world is very different. I wanted to be sure, and I think we all wanted to be sure that when we went back we could save a lot of what was great about the original and fix what was maybe not so great.”

Next, the actress addressed the issue of racial representation.

“Like the fact that it was such an overwhelmingly white show. That we would really open up the door and invite these new characters in and really do right by them so we could get great actors and actresses to play them.”

“AJLT” is missing the fourth member of their group after actress Kim Cattrall, who played Samantha Jones in the original version, decided not to participate. But in Cattrall’s place, the producers added a bevy of secondary characters who are all intentionally non-white.

Lisa Todd Wexley (Nicole Ari Parker), Seema Patel (Sarita Choudhury), Dr. Nya Wallace (Karen Pittman) and Che Diaz (Sara Ramirez) each serve as friends and even lovers for Carrie, Miranda, and Charlotte. Miranda has also been exploring a sexual relationship with the non-binary character Che. This comes as a real disappointment to fans of her husband Steve (David Eigenberh), especially now that the characters are heading toward divorce.

Fans aren’t upset that Miranda is experimenting with sexuality; that’s always been a theme of the show. They’re more disappointed that she would cheat on her husband plus lie about it with Che, which are both actions that don’t fit with Miranda’s personality.

Some critics are saying “AJLT” is trying to inject too many woke themes into the series to make people love them, which is mostly backfiring.

0 16
‘Why Wouldn’t They Hate Us’: Fmr Rolling Stone Editor Admits Why Many Americans Hate Journalists 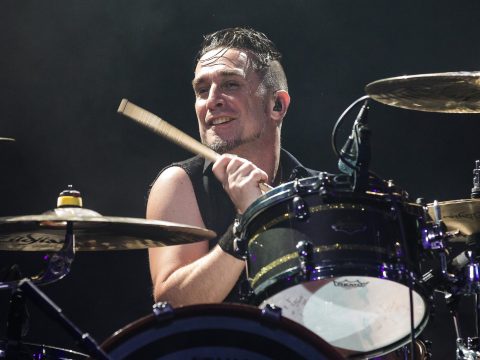