The battle began on June 4, 1942, and ended on June 7 — and it represented not just a turning point in the Pacific theater but the first major naval defeat suffered by a previously unbeatable Japanese Imperial Navy. Military historians have referred to Midway as “the most stunning and decisive blow in the history of naval warfare.”

The Battle of Midway was one of the most important battles of the Pacific campaign in WWII. This blog lays out the battle, which military historians have called “the most stunning and decisive blow in the history of naval warfare.””

Read about it here: https://t.co/jGVr2gBbEd

The Yorktown, which had only just returned to sea after spending several days in dry dock at Pearl Harbor for repairs, was stuck early on and rendered dead in the water.

Yorktown has stopped and white smoke is pouring from her stacks. The diesel generators are cut in, but the circuit breakers cannot hold and the ship remains in darkness. Her list has gradually increased to 26°. Without power, nothing can be done to correct it. #Midway80 pic.twitter.com/0NgNaDMCwC

By late afternoon, the Yorktown had been abandoned and survivors diverted to other ships. Dive bombers from the USS Enterprise moved on the Japanese carrier Hiryu, landing half a dozen direct hits.

17:05 PM (Midway Time, June 4) The Enterprise’s scout bomber squadron has attacked the enemy aircraft carrier. Six direct hits were made on Hiryu, which is now a mass of flames.#Midway80 #WWIITurningPoint #NavyCarrierCentennial

The larger B-17 — Boeing’s Flying Fortress — bombers took off from Midway Island and joined the battle. By day’s end, between the B-17s and the dive-bombers, American pilots had damaged or destroyed three of the Japanese aircraft carriers.

18:45 PM (Midway Time) Results of June 4th air attacks from Midway and our carriers on the enemy’s striking force were as follows: three carriers—Akagi, Kaga, Soryu—set on fire and ultimately destroyed.

For two more days, B-17s continued to launch from Midway while the USS Hornet and USS Enterprise supplied fighters and dive-bombers — and they proceeded to pick off several more of the Japanese cruisers and planes in the process.

On the afternoon of June 6th, torpedos struck the already-damaged Yorktown — and early on the morning of the 7th, the carrier disappeared beneath the waves for the last time. “She turned over on her port side and sank in about 3,000 fathoms of water with all her battle flags flying.”

05:01 AM (Midway Time), It is now the morning of June 7th in Midway—Yorktown update: “She turned over on her port side and sank in about 3,000 fathoms of water with all her battle flags flying.” #Midway80 pic.twitter.com/fhfuH8UUVP

All told, the Battle of Midway cost the Japanese Imperial Navy dearly: they lost 4 carriers, 256 planes, and roughly 3000 men. The United States, in contrast, lost only one carrier — the Yorktown — along with 150 aircraft and 307 men.

Their sacrifice gave the United States the momentum it needed to wrest control of the Pacific from the Japanese.

All copyrights and legal uses attributed to content are located at the article origination: © Daily Wire, ‘Stunning And Decisive’: U.S. Navy Commemorates 80th Anniversary Of Victory At Midway 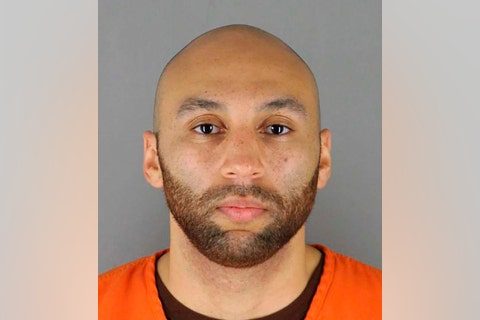