In Iran today people rummage through dustbins searching for scraps of food. Eighty million Iranians have seen their daily income drop below the international extreme poverty line of $2 per day. Desperate men and women offer to sell their kidneys and retinas to raise money to feed their children. But when the afflicted population takes to the streets to vent its anger in peaceful protests it is met with violent beatings, gunfire, arrest and often death.

When the ten-story Metropol Tower in Abadan, southwest Iran, collapsed on May 23, killing at least 24 people, injuring 48 and leaving many others still feared buried under piles of bricks and rubble, it was the last straw. Enraged protesters poured onto the streets chanting slogans against the corrupt contractors responsible for the rotten building. Soon the chants grew to direct attacks on Iran’s Supreme Leader, Ayatollah Ali Khamenei, the president, Ebrahim Raisi, and the theocratic regime itself. Angry crowds could be heard shouting: “Death to the dictator;” “Khamenei is a murderer, and his rule is invalid” and “Shame on you. We are ready for war and will fight to the end!” News of the protests quickly spread on social media and in their usual fashion, the mullahs deployed anti-riot units from the Islamic Revolutionary Guards Corps’ (IRGC) paramilitary Basiji forces, who began a vicious crackdown on the demonstrators.

The recently built Metropol twin towers in Abadan were designed to accommodate medical, administrative, recreational, commercial, and multi-story parking facilities. The final stages of construction had been stopped due to “technical reasons”, according to the semi-official news agency INLA, although Saeed Hafezi, a local journalist, had reported bending and buckling walls inside the building for more than 12 months, warning of an imminent cave-in. The tower collapse has led to fears that nearby residential buildings could also be at risk and an evacuation order has cleared some of the surrounding streets. However, news leaked out that the provincial governor Sadegh Khalilian had ordered local emergency chiefs to keep the death toll secret. There was also public outrage that rescue teams and specialist equipment had only arrived at the scene 12 hours after the disaster, when the IRGC refused to allocate cargo planes to carry the machinery to Abadan from the capital, Tehran, and other major cities. Instead, the authorities sent in dozens of security forces and anti-riot units, fueling public rage.

As reports of the riots intensified on social media, crowds of protesters poured onto the streets of towns and cities across Iran, in solidarity with the people of Abidan. The continuing riots in Masjed Soleyman, Kazerun, Shahr-eRey, Andimeshk, Behbahan, Qom, Minoo Island, Susangerd and in the capital Tehran, went on into their fifth night last weekend, with people who have lost their fear of the authorities chanting “Basiji, get lost,” at the paramilitary thugs who tried to drive them back with batons, teargas, and blasts from shotguns. Fearful of a nationwide uprising, the mullahs have, as usual, tried to block social media channels, disrupting internet access.

In a bid to quell the rising public unrest the mullahs announced that they had detained the Metropol Tower owner Hossein Abdolbaghi and the project contractor. But this move was openly mocked on social media with people saying: “The judiciary rescued them from outraged citizens, rather than holding them to account.” Iran ranks 150 out of 180 countries in the 2021 Corruption Perceptions Index (CPI). Abdolbaghi was known to have deep ties with high-ranking government officials, and it was claimed that he managed to bribe his way around all the failed safety tests on the tower. In 2020, he had even received a plaque of appreciation from the local IRGC commander and State Security Forces chief, together with a certificate recognizing him as “a safe building constructor.” Latest reports have confusingly claimed that Abdolbaghi was, in fact, one of the dead in the collapsed building, encouraging further fears of a cover-up.

The protests which have taken place following the collapse of the Metropol Tower in Abadan have come in the wake of tens of thousands of teachers, pensioners, defrauded investors, industrial workers, doctors, nurses, and students who have taken to the streets in towns and cities across Iran. There is a growing realization that the cruelty, oppression, venal corruption and rank incompetence of the ruling mullahs have taken Iran to breaking point. Iranians know that their once wealthy country has been plundered by the mullahs to finance their proxy wars in Syria, Yemen, Iraq, Lebanon, and Gaza, while 540,000 citizens have been allowed to die from the coronavirus pandemic through downright neglect. Ordinary Iranians know that while they starve, billions of dollars are beings squandered to build a nuclear bomb and the ballistic missile systems required to carry it.

It is shameful that the Biden administration is desperately seeking ways to resurrect the deeply flawed and defunct Iran nuclear deal, even addressing demands by the mullahs that American sanctions should be lifted and the IRGC removed from international terrorist blacklists. Biden seems oblivious to the fact that the theocratic regime and its terrorist Islamic Revolutionary Guards Corps (IRGC), are sitting on a mammoth jihad war chest worth an estimated $300 billion. The mullahs prefer to keep this money to fill their own pockets, to wage Holy War on their Middle East neighbors and to finance international terror, rather than supporting their own people. The theocratic regime’s oppression, corruption, humanitarian discord and sponsorship of terror, should be enough to persuade Joe Biden and the West that negotiations on reviving the nuclear deal are a sham and a waste of time.

Struan Stevenson is the Coordinator of the Campaign for Iran Change (CiC). He was a member of the European Parliament representing Scotland (1999-2014), president of the Parliament’s Delegation for Relations with Iraq (2009-14) and chairman of the Friends of a Free Iran Intergroup (2004-14). He is an international lecturer on the Middle East and president of the European Iraqi Freedom Association (EIFA). 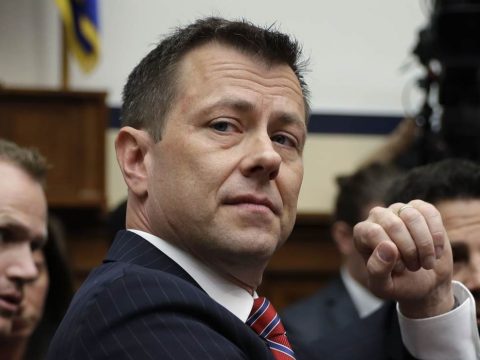 0 79
Bubba Wallace Slammed For Statement Not Apologizing To Driver He Attacked: ‘You Tried Murdering A Driver’

0 16
‘Back To The Soviet Union’: Putin Threatens To Nationalize Industries That Stop Doing Business In Russia