Governor Ron DeSantis (R-FL) received a standing ovation at a rally in Kansas City, Missouri, on Sunday when he alluded to his transportation of 50 illegal immigrants from Florida to the wealthy leftist enclave of Martha’s Vineyard, Massachusetts.

DeSantis made his remarks at a rally in Olathe, Kansas, for Kansas state Attorney General Derek Schmidt, the GOP gubernatorial candidate. The arrival of the immigrants and the subsequent effort to get them transported posthaste from the wealthy island dominated the news last week.

“The one place in the country where we see virtually no law and order is at the southern border. And this is a crisis,” DeSantis said, before saying with a grin. “It’s now getting a little more attention.”

That prompted a standing ovation from the crowd as DeSantis insisted, “This is a crisis. It is a crisis. And it’s a manufactured crisis because of Biden’s failed policies.”

Speaking of the reaction of the residents of Martha’s Vineyard to the illegal immigrants, DeSantis pointed out, “You’re talking about 50 people. Did they get them employed? Did they get them set up? No. They called out the National Guard and they deported those people off the island the very next day.”

DeSantis also noted that he knew just how devoted Kansans were to their beloved Kansas City Chiefs, quipping that organizers of the rally “said they wanted to do it on a Sunday afternoon and I said, ‘the Kansas City Chiefs better not be playing.’”

DeSantis voiced his support for Schmidt, telling the crowd, “You have a legislature here that will produce a lot of good legislation. You just need a governor that will sign the legislation. And you guys can make that happen.”

Hours after the Kansas event, DeSantis, who has been spending tons of cash to support GOP candidates around the country, spoke at a rally in Wisconsin for GOP gubernatorial candidate Tim Michels. Declaring the subject of immigration is “on the ballot” in November, he stated, “This border is now an issue in these elections. And I think it’s something that our candidates need to take,” CNN reported.

Michels praised DeSantis, calling him “a man who was willing to step up and make the hard decisions.”

The Daily Wire reported on Sunday, “Florida Governor Ron DeSantis’ (R) political operation has raised a historic $177.4 million, more than any other governor in history … DeSantis is not being stingy with his money as he is giving millions to help down-ballot Republicans to further increase GOP majorities in the state legislature.”

All copyrights and legal uses attributed to content are located at the article origination: © Daily Wire, Standing Ovation For DeSantis When He Brings Up Martha’s Vineyard 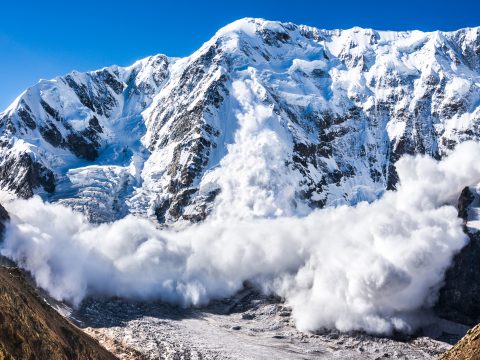 0 55
WATCH: Tourist Escapes Avalanche Roaring Down Mountain Over Him