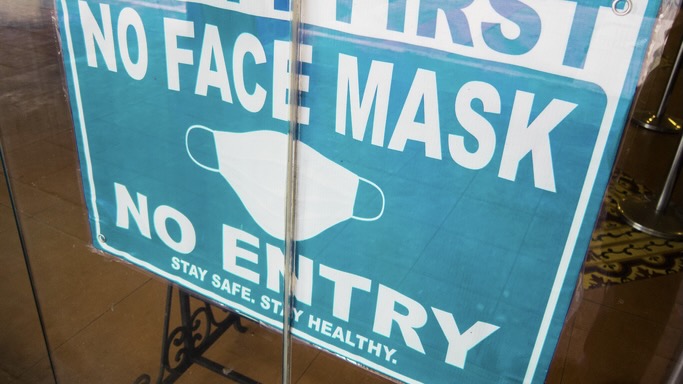 According to Fox News, officials said Friday that the mandate applies to people regardless of their vaccination status and is being put into place while the delta variant spreads in the area.

The new orders — a response to the resurgence of COVID-19 cases and pleas from area hospital officials — will require most people, both vaccinated and unvaccinated, to wear masks in indoor spaces and on public transportation. People in the city and county also will be urged, but not required, to wear masks outdoors, especially in group settings.

“We’ve lost more than 500 St. Louisans to COVID-19, and if our region doesn’t work together to protect one another, we could see spikes that overwhelm our hospital and public health systems,” Dr. Fredrick Echols, acting director of health for the City of St. Louis, said Friday.

On Friday, there were 266 new cases in St. Louis County, Missouri, with the average positivity rate at 9.8% over the past week.

Dr. Faisal Khan is the acting director of the St. Louis County Department of Public Health. Khan reportedly said that vaccines are the “best way to stop the fast-spreading Delta variant of COVID-19.”

“We are relentlessly committed to making vaccinations more accessible and convenient,” Dr. Khan said Friday. “In the meantime, we need everyone, vaccinated or not, to wear masks in crowded indoor settings.”

Local officials have pushed back against the mandate. Missouri Attorney General Eric Schmitt, who is running for the Republican nomination for the U.S. Senate, said on Friday that he is planning to file a lawsuit due to the order.

In a tweet, he said, “The citizens of St. Louis and St. Louis County are not subjects — they are free people. As their Attorney General I’ll be filing suit Monday to stop this insanity.”

The citizens of St. Louis and St. Louis County are not subjects — they are free people. As their Attorney General I’ll be filing suit Monday to stop this insanity. #covid https://t.co/30RwiyS9Mr

Schmitt appeared on Fox News’ “Fox and Friends” on Sunday to explain his decision to file the lawsuit, noting that the city is experiencing a violent crime crisis.

People are fed up. That’s why we’re suing to stop them. I joined @foxandfriends to discuss.#NoMaskMandate pic.twitter.com/6FkOGG7HTd

Wildwood Mayor Jim Bowlin “also pledged to stop the mandate, saying he would use his own executive action to prevent enforcement of the mandate in the large west St. Louis County suburb. His executive action will also allow business and other gathering places to use parking lots and other adjacent spaces to do business to accommodate people without masks outside, he said on Facebook,” per St. Louis Post-Dispatch.

As The Daily Wire previously reported, the Los Angeles County Department of Public Health modified its COVID-19 health order and reinstated a mask mandate for indoor public settings, regardless of vaccination status.

Local authorities have also pushed back against the mandate there, with Los Angeles County Sheriff Alex Villanueva saying that deputies will not enforce the modified order.

As The Daily Wire reported, “On Friday afternoon, Villanueva released a statement indicating that the Sheriff’s Department would remain focused on other public safety matters.”

“Forcing the vaccinated and those who already contracted COVID-19 to wear masks indoors is not backed by science and contradicts the U.S. Centers for Disease Control and Prevention (CDC) guidelines,” said Villanueva. “The Los Angeles County Department of Public Health (DPH) has authority to enforce the order, but the underfunded/defunded Los Angeles County Sheriff’s Department will not expend our limited resources and instead ask for voluntary compliance.”

.@lapublichealth has authority to enforce a new mask order, but the underfunded/defunded will not expend our limited resources and instead ask for voluntary compliance. Read my full statement by visiting https://t.co/DVBvmRbFA9 pic.twitter.com/Je1nMerWrO

“We encourage the DPH to work collaboratively with the Board of Supervisors and law enforcement to establish mandates that are both achievable and supported by science.”

0 10
No One Out-Sleazes the Hut: Pizza Hut Peddles Books About ‘Drag Kids’ 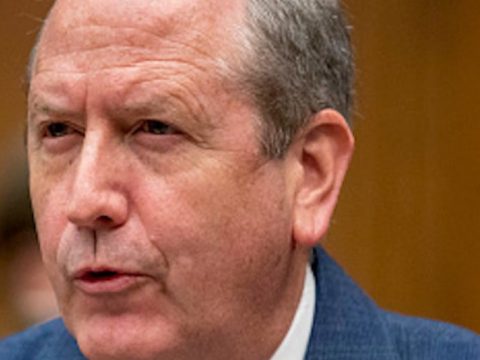 0 104
EXCLUSIVE: House Republicans Call On DHS, DOJ To Provide Them With Information About Threats On Churches

0 23
Employee Behind Call for Assassination of Congresswoman: New York Post