When Republican South Dakota Gov. Kristi Noem refused to follow the lemming-like herd of governors imposing drastic lockdowns and issuing mask mandates, she was reviled for her failure of leadership.

Guess who is laughing now?

On Friday, Noem trumpeted the fact that unemployment in her state is now lower than it was before the coronavirus hit, triggering economic consequences that sent ripples through all parts of the economy.

“NEWS: South Dakota’s unemployment rate dropped to 3.0% in December,” Noem wrote on Twitter on Friday. “That’s lower than it was BEFORE the pandemic.”

According to state figures, the 3 percent unemployment rate was lower than both the 3.5 percent rate posted for November and the 3.4 percent rate from December 2019. By way of contrast, the jobless rate in lockdown-heavy California rose in December to stand at 9 percent, the state announced Friday.

It’s not all roses for Noem’s administration. South Dakota’s employment numbers show about 13,000 fewer jobs in December 2020 than December 2019, but that total includes a drop of about 3,000 jobs in government and 8,000 jobs in the hard-hit hospitality sector, while marking increases in retail jobs, mining, logging and construction.

But even in the tourism sector, South Dakota fared better than most states, according to SiouxFallsBusiness.

Does this show that lockdowns do not always work?

Tourism revenue dropped 18 percent in 2020, according to a study by Tourism Economics cited in a state Department of Tourism new release. However, on average, tourism spending plummeted by 45 percent, the study noted. Hotel occupancy, at 46.3 percent, was above the national average of 44.7 percent.

“South Dakota’s tourism industry faced many challenges in 2020. They adapted and turned it into an incredible year,” Noem said in the release. “Because of their efforts, we were able to put more than $3 billion into South Dakota’s economy and set the state up for a very bright future.”

Noem went against the grain of lockdowns in April when she said that “South Dakota is not New York City,” according to Fox News.

Noem has faced criticism for her stance. In November, the South Dakota State Medical Association issued a news release urging the state to impose a mask mandate, The Hill reported. Noem maintained mask use is a “personal” choice.

Noem had defended her approach to fighting COVID-19 in a commentary published in December by the Wall Street Journal.

“Rather than following the pack and mandating harsh rules, South Dakota provides our residents with information about what is happening on the ground in our state — the science, facts and data. Then, we ask all South Dakotans to take personal responsibility for their health, the health of their loved ones, and — in turn — the health of our communities. The state hasn’t issued lockdowns or mask mandates. We haven’t shut down businesses or closed churches. In fact, our state has never even defined what an ‘essential business’ is. That isn’t the government’s role,” she wrote.

“Since March, many of my peers have attempted to stop the spread of the virus without considering their citizens’ social or mental well-being or the state of their economies. Even amid a pandemic, public policy ought to be holistic. Daily needs must still be met. People need to eat and keep a roof over their heads. And they still need purpose. That means policy makers cannot have tunnel vision,” she wrote.

She noted that, “As we continue to see spikes move throughout the country, the course of the virus doesn’t seem to be quantifiably different in the states that, according to the media, did everything ‘right,’” citing the ravages of the virus in Illinois, New Jersey and California.

Noem touted the results of her leadership.

“South Dakota is entering 2021 in one of the strongest financial positions in the country. At 3.6%, our state has the third-lowest unemployment rate in the nation,” she wrote. “We closed out this past fiscal year with a $19.1 million surplus. And we are unveiling ways in which we can further improve our state, including a more than $130 million investment in infrastructure improvements, paying off more than $21 million of debt, which my administration inherited, and bolstering our rainy-day fund, as good stewards of the public’s money should do,” she wrote.

“In contrast, Illinois plans to borrow $2 billion from the Federal Reserve. New Jersey, which already has the highest debt per taxpayer in the nation, is issuing an additional $4.3 billion in bonds. And New York is looking at a nearly $60 billion revenue shortfall. Each of these states is likely also counting on federal bailouts to keep them afloat,” she wrote.

“South Dakota won’t be taking on billions of dollars in new debt. We won’t be raising taxes on residents or businesses. And we won’t be looking to Congress to send us more stimulus money,” she wrote, adding that “I am confident that we have and will continue to come out ahead of many other states in important measures of public health, economic well-being and liberty.” 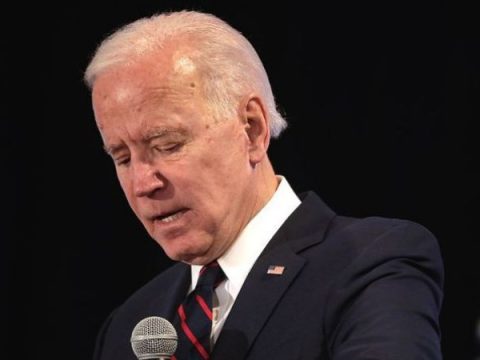 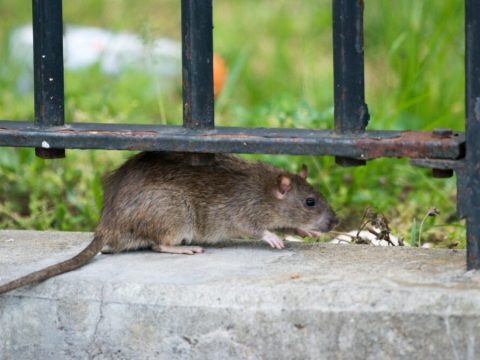 0 47
‘Bloodthirsty,’ ‘General Aura Of Badassery’: NYC Is Hiring A New Rat Czar, And It’s Something Else