Democrats attempted to delay the vote by proposing an estimated 1,000 amendments, according to the Associated Press. Debate on the amendments Tuesday lasted eight hours, with Democrats proposing measures such as renaming the bill the “Discrimination Capital of the United States Act,” allowing high schools to opt out of the requirements and only allowing school bands to perform at girls’ sporting events.

The House then voted 82 to 28 to pass the “Save Women’s Sports Act,” which bans males from female sports in public schools at the secondary and postsecondary levels and allows schools to sue for damages over violations. Gender is determined by the sex listed on athletes’ original birth certificates under the legislation.

“[R]equiring the designation of separate sex-specific athletic teams or sports is necessary to maintain fairness for women’s athletic opportunities,” the bill text stated.

Male sports teams could still choose to admit females under the bill, and co-ed teams would also be permitted.

How is it fair to #FemaleAthletes that they are being forced to compete against biological males, who have a CLEAR advantage?!

We MUST fight for fairness in #WomensSports.

South Carolina is the latest of about a dozen GOP-led states moving to ban males from girls’ and women’s sports, the AP reported. Florida, Mississippi and South Dakota have enacted similar laws recently, and Utah’s legislature overrode its Republican governor’s veto of a similar bill March 21. Indiana’s Republican governor vetoed a Save Women’s Sports bill March 23.

The bill now heads to the state Senate and, if passed, will require Republican Gov. Henry McMaster’s signature.

McMaster’s office did not immediately respond to the Daily Caller News Foundation’s request for comment. 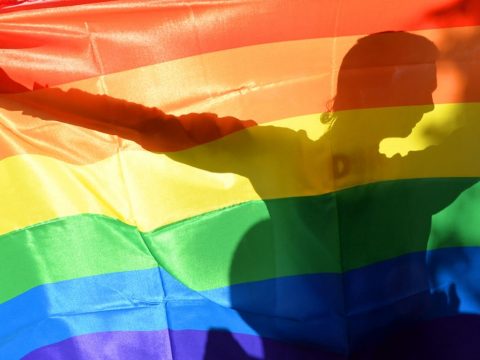