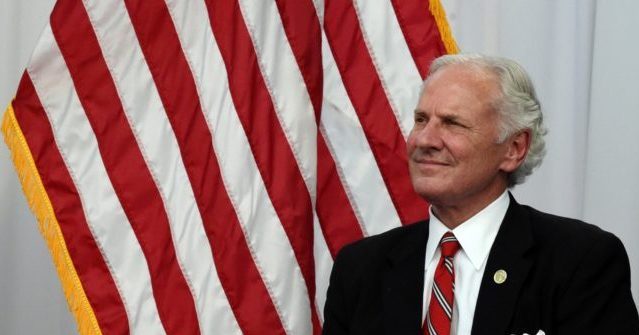 The directive comes just hours after the Biden administration said it would carry out “planned inspections” and levy large fines to ensure businesses comply with its federal vaccine mandate set to take effect January 4.

“I will be issuing an Executive Order barring any South Carolina cabinet agency from issuing or enforcing any vaccine mandate,” McMaster said, adding that he will be “requiring all state agencies to report any communication with federal government on vaccine mandates, in anticipation of litigation.”

1. I will be issuing an Executive Order barring any South Carolina cabinet agency from issuing or enforcing any vaccine mandate. pic.twitter.com/CKmPUGi5RO

Further, McMaster labeled Biden’s vaccine mandates as a “blatantly unconstitutional” and said the restrictions “are forcing South Carolinians to choose between a vaccine and their jobs.”

The governor said South Carolina will join a lawsuit led by Georgia Gov. Brian Kemp (R) in opposition to a federal contractor vaccine mandate. To date, six other states have joined the suit and more may soon sign up.

“I presume we will have to be fighting this thing all the way to the Supreme Court on multiple fronts,” McMaster stated.

0 27
Democrats Can Have Access To Only Some Of Trump’s Financial Records, Judge Rules

0 20
U. of Virginia Faculty Slams Student Paper After It Tried to Ban Mike Pence from Speaking