Dozens of progressive prosecutors, many of them funded by left-wing billionaire George Soros, have signed onto an open letter signaling their intention to defy state laws that would impose limits on abortion.

Since Friday, 87 prosecutors have signed a letter published by Fair and Just Prosecution, a Soros-funded progressive legal nonprofit, stating that they will “decline to use our offices’ resources to criminalize reproductive health decisions and commit to exercise our wellsettled discretion and refrain from prosecuting those who seek, provide, or support abortions.” Twenty-eight of the document’s 87 signatories, roughly a third, have ties to Soros, per the Washington Free Beacon‘s analysis, having either received direct contributions from the billionaire or been championed by his network of political organizations.

Soros has spent tens of millions of dollars over the past decade to get candidates aligned with him elected as top prosecutors. The Free Beacon reported that Soros has helped elect prosecutors in half of the United States’ largest legal jurisdictions. Many of the areas where Soros-backed candidates have won now face issues with rising crime.

The prosecutors who signed the letter hail from 30 states and the District of Columbia, with millions of Americans under their jurisdiction.

“Enforcing abortion bans runs counter to the obligations and interests we are sworn to uphold,” the letter reads. “It will erode trust in the legal system, hinder our ability to hold perpetrators accountable, take resources away from the enforcement of serious crime, and inevitably lead to the retraumatization and criminalization of victims of sexual violence.”

Prosecuting violations of abortion laws represents a “mockery of justice” that “prosecutors should not be part of,” the letter concludes.

Many of the prosecutors who signed the letter have taken fire for being soft on crime and letting free offenders who went on to commit grievous crimes. Los Angeles County district attorney George Gascón lessened penalties for repeat offenders within his jurisdiction and was later sued by the union representing the county’s deputy district attorneys over the policy changes. San Francisco district attorney Chesa Boudin is also a signatory of the letter. Boudin was defeated in a recall election earlier this month after critics accused him of being too soft on crime.

0 35
Could NATO Still Send MiG-29s To Ukraine to Fight Russia? 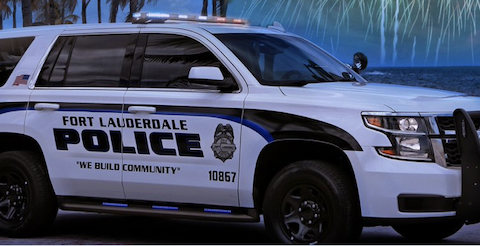 0 120
WATCH: Florida Dem Curses Cop, Speeds Off After Being Pulled Over For Speeding