Former Immigration and Customs Enforcement (ICE) Director Tom Homan slammed Democratic Michigan Rep. Rashida Tlaib for saying that she would like to eliminate funding for ICE, U.S. Customs and Border Protection (CBP) and the entire U.S. Department of Homeland Security.

In a Friday interview with “Fox & Friends First,” Homan was asked about Tlaib’s comments from a video uploaded Wednesday, in which she said the easiest way to cut funding for technology that would help fight illegal immigration in the U.S. amid the ongoing border crisis would be to eliminate all funding for the CBP, ICE and the DHS.

“That’s the single dumbest thing I’ve heard any member of Congress say. A sitting member of Congress wants to defund the United States Department of Homeland Security that not only has CBP and ICE, but they have the Secret Service, the Coast Guard, FEMA, the terrorist screening center,” Homan said.

“[Tlaib] wants to defund the department that has responsibility for the safety, security, this nation. That is a ridiculous statement. ICE and CBP have done more to protect this country and take criminals off the street than she and the rest of the Squad will ever do it,” he continued.

Homan then said we should defund Congress and “the Squad.” (RELATED: Sen. Tom Cotton Goes Off On Rep. Rashida Tlaib For Saying We Must Eliminate Funding For CBP, ICE, DHS)

“She wants you to defund somebody? I’ve got a suggestion. Defund Congress, defund the Squad, because name one thing they have done to improve this country. Name one thing they’ve done to address the rampant crime in the cities, the out-of-control border, the deficit, Afghanistan, the economy, they’ve done nothing. So they want to defund somebody. I suggest we stop giving them paychecks till they actually do their job,” Homan added.

Tlaib’s comments came from a video meeting with Just Futures Law on June 2, a group that advocates against deportations.(RELATED: Rep. Rashida Tlaib Says We Must Eliminate Funding For CBP, ICE And The Entire DHS)

In late June, House Democrats proposed a new spending bill that would cut funding to immigration enforcement agencies and rescind border wall funding. (RELATED: ‘The Squad’ Pushes To ‘Defund The Police’ While Spending Thousands On Private Security To Protect Themselves)

Border patrol apprehended 180,000 migrants at the U.S.-Mexico border in May, following 178,000 in April and 173,000 in March. Meanwhile, ICE deported the fewest number of illegal immigrants in the agency’s history.

0 3
‘What Kind Of Support Will Germany Send Next? Pillows?’: Kyiv Mayor Mocks Germany For Promising 5,000 Helmets To Ukraine

0 3
Report: CDC Will ‘Ease Up’ Guidance On Indoor Mask-Wearing For Fully Vaccinated People 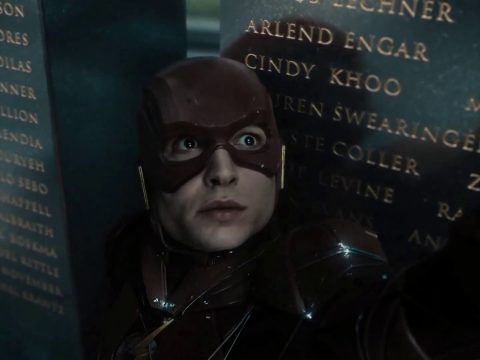