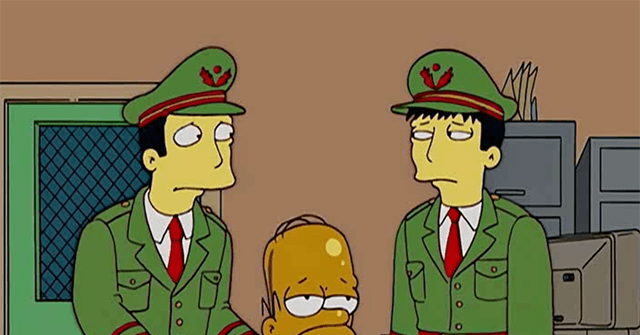 Viewers of the Disney+ streaming service in Hong Kong noticed on Friday that an episode of the long-running animated series The Simpsons disappeared from the lineup without notice or explanation.

The episode includes two references to the 1989 Tiananmen Square massacre, an event the communist Chinese government is attempting to erase from history.

In Season 16, Episode 12 of The Simpsons, titled “Goo Goo Gai Pan” and originally broadcast in 2005, the family goes on a trip to China. During their visit, the Simpsons stroll past a line of tanks that echoes the iconic “Tank Man” photo and see a plaque that reads: “Tiananmen Square: On This Site, In 1989, Nothing Happened.”

The Simpsons also check out the embalmed corpse of dictator Mao Zedong, memorialized by Homer Simpson as “a little angel that killed 50 million people.”

S16, E12 is simply missing from the list of episodes available to Disney+ viewers in Hong Kong. The Season 16 lineup jumps from Episode 11 to 13 without explanation.

HKFP and many major media organizations – including CNN, the UK Guardian, the New York Times, Bloomberg News, Variety, and the Hollywood Reporter – asked Disney for comment on the censored episode, but none of them received a reply from the company as of press time on Monday.

Most of those organizations also attempted to contact Hong Kong officials to ask if Disney was ordered to black out the episode or if it did so on its own initiative. The officials did not respond to these inquiries.

“It appears the episode has suffered precisely the kind of the censorship it was written to ridicule,” the Hollywood Reporter noted.

The Chinese Communist Party (CCP) has been relentlessly tightening controls on speech and political activity in Hong Kong over the past year, ever since China bypassed the Hong Kong legislature in June 2020 to impose a “national security law” that criminalized every activity the CCP considers threatening to its power.

The national security law was quickly employed to crush the remains of the massive 2019 pro-democracy movement in Hong Kong and purge pro-democracy city officials. It also spawned a series of increasingly heavy-handed censorship laws, cracking down on books, films, and movies the Communist Party considers “subversive.”

International human rights organizations are pulling out of the city because the environment has become so repressive that any statement critical of the government could be labeled subversive and prosecuted under the national security law. The law is especially militant about punishing “collusion” between Chinese nationals and foreign governments or international organizations.

In October, the Hong Kong legislature – now firmly controlled by Beijing – passed a bill that gave local officials enhanced powers to censor media they deemed “contrary to the interests of national security.”

The law was notably slack about punishing Internet streamers, but HKFP speculated big streamers such as Disney might still be growing nervous about testing the patience of CCP censors.

“The apparently voluntary removal of the episode in Hong Kong – especially when done by a major U.S. media company – is a relatively new feature of civic life there,” the Hollywood Reporter said of the Simpsons episode blackout in Hong Kong.

Chinese University of Hong Kong media expert Grace Leung told the New York Times that Disney “obviously sent out a clear signal to the local audience that it will remove controversial programs in order to please” CCP censors.

Leung speculated Hong Kongers would grow more interested in using VPNs and other techniques to bypass censorship and view banned material like the Simpsons episode.

“If they didn’t do anything, then people may not be aware of the existence of that episode. But if you do it so obviously, then it arouses people’s interest,” she said.

Marlow noted U.S. corporations are well aware the Chinese government will punish them for violating its speech codes, and some of them have developed business models that depend on revenue from China to make up for losses elsewhere. Disney and some other big media companies own both news and entertainment divisions, so there is a constant danger that journalism will be compromised to ensure entertainment media can be sold profitably in the Chinese market.

“How about ABC News, which is owned by the Walt Disney Company. Disney’s business interests in China are vast, including billions of dollars in revenue from movies and theme parks. Recall that the end credits of the recent live-action remake of Mulan featured a thank you to a Chinese government security bureau linked to Uyghur concentration camps. Now you know why,” Marlow wrote in a June editorial for Breitbart News based on his book.

Marlow presciently noted in a conversation with radio host Laura Ingraham that no Hollywood studio would dare to make a film about Mao Zedong’s brutal “Great Leap Forward” – and now Disney has evidently decided that Hong Kong audiences are not allowed to watch Homer Simpson make a sarcastic comment about Mao’s 50 million victims. 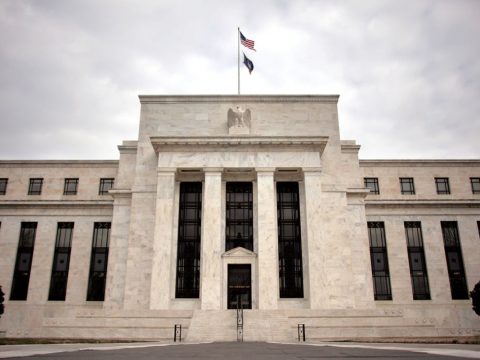 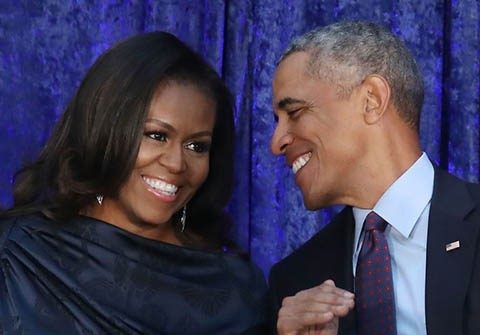 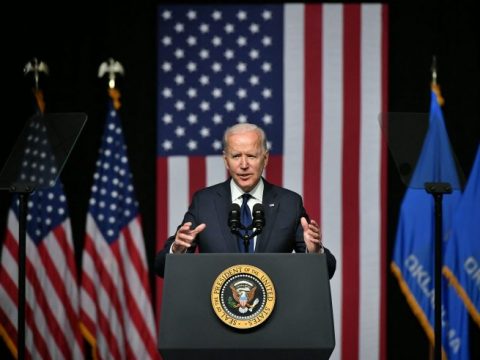 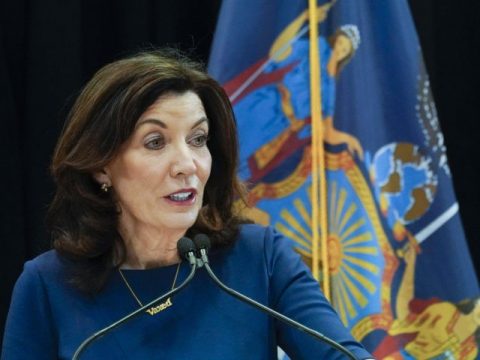