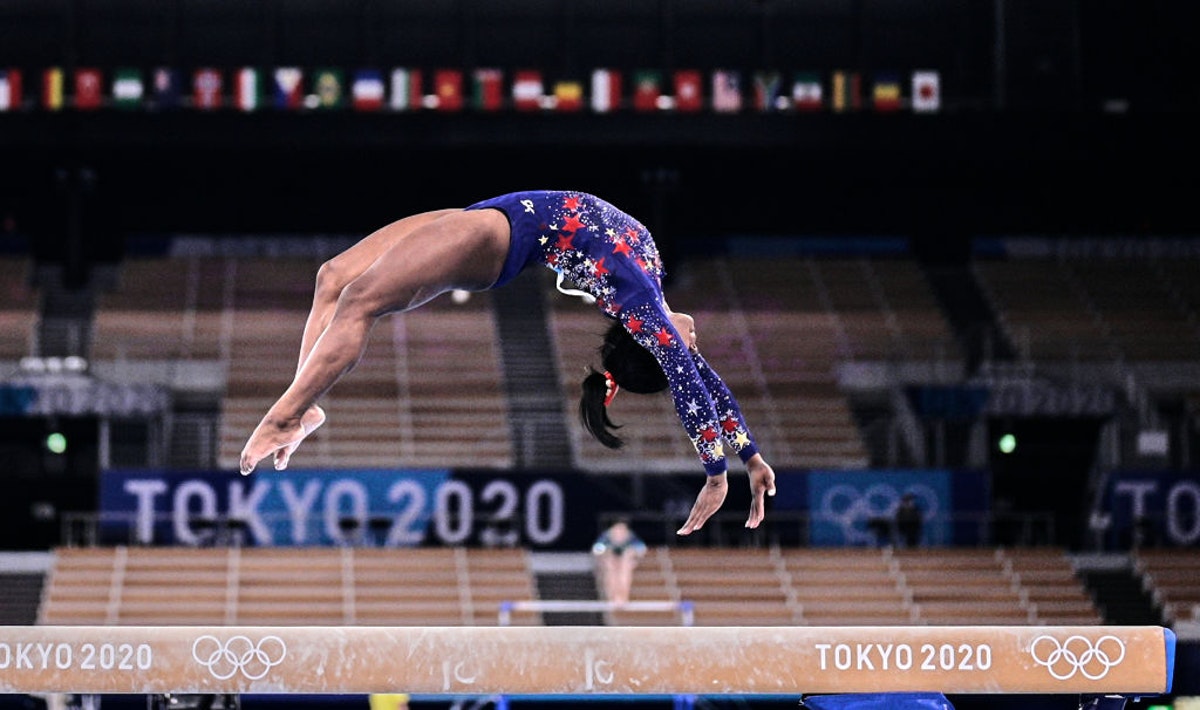 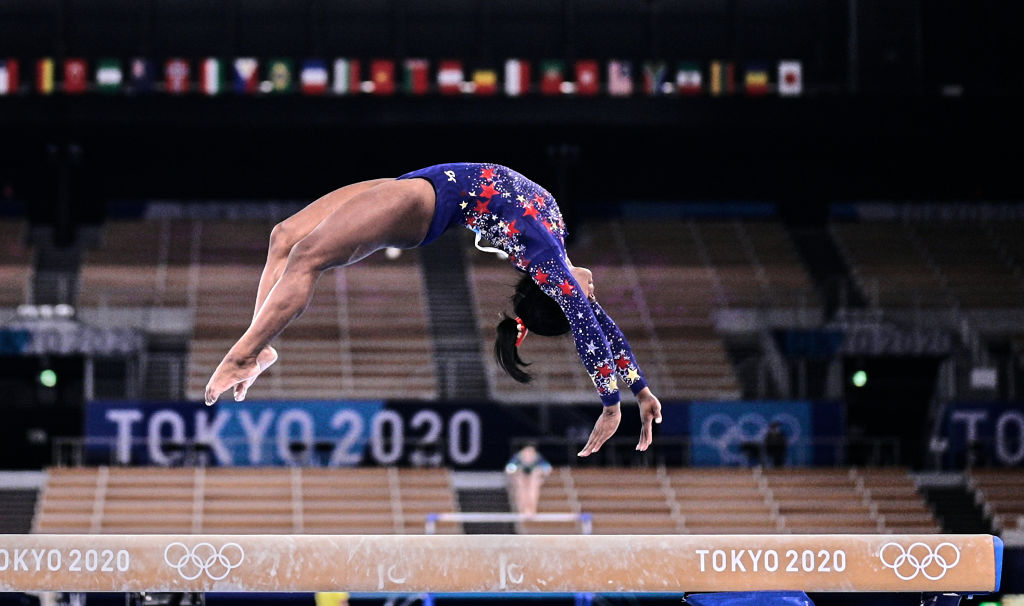 On Monday, USA gymnastics, the national governing body of gymnastics in the United States, announced on Twitter that gymnast Simone Biles would compete on Tuesday in the balance beam final after Biles had withdrawn last week from competing in the team finals, then withdrew from the individual all-around competition.  She later withdrew from the event finals for vault, uneven bars and for floor exercise.

USA Gymnastics tweeted, “We are so excited to confirm that you will see two U.S. athletes in the balance beam final tomorrow – Suni Lee AND Simone Biles!! Can’t wait to watch you both!”

We are so excited to confirm that you will see two U.S. athletes in the balance beam final tomorrow – Suni Lee AND Simone Biles!! Can’t wait to watch you both!

Earlier on Monday, Biles cheered on teammate Jade Carey as she won the gold medal in the floor exercise event.

The last time Biles competed in the balance beam in the Olympics, in the 2016 Olympics in Rio de Janeiro at which she won four gold medals, she won the bronze medal.

Biles pulled out of the prior events last week, citing suffering from the “twisties,” in which the brains of gymnasts and divers lose connection with the body and the muscle memory that has been built in by years of practice suddenly fails.

Last week, wanting to give evidence that what triggered her decision to withdraw from the team final and the individual all-round was a genuine physical issue, Biles posted videos of her practicing on the uneven bars and crashing to the mat when she attempted a dismount.

Biles addressed her critics by writing on the first video, which showed her landing on her back, “For anyone saying I quit. I didn’t quit, my mind and body are simply not in sync. As you can see. I don’t think you realize how hard this is on hard/competition surface. Nor do I have to explain why I put health first. Physical health is mental health. I’m supposed to do 1 ½ more twists.”

In the second video, showing her landing on her feet and then falling, Biles wrote, reacting to claims she should have left the competition earlier, “Almost there but not quite. Still have ½ twist to go. No, this was not happening before I left the USA. It randomly started happening after prelims competition the VERY next morning. By that time NO an alternate was not allowed to be placed in my position for you ‘know it alls.’”

“We have 4 on a team for a reason,” she continued. “I chose to not continue competition in jeopardizing losing a medal (of any color) for the girls/US. Also for my own safety and health.”

On her IG stories, Simone Biles responds to people who think she “quit” on her team by explaining the “the twisties” she’s been experiencing and what it feels like “not having your mind and body in sync” …. pic.twitter.com/79hN973rkd

During a Q & A session, Biles called the “twisties” “petrifying,” asserting, “I have experienced them before. They are not fun to deal with. It’s honestly petrifying trying to do a skill but not having your mind and body in sync. 10/10 do not recommend. … It’s never transferred to bars and beam before for me it’s strictly like floor and vault. Go figure, the scariest two… this time it’s literally on every event, which sucks… really bad,” according to the Daily Mail.

After her initial withdrawal, Biles told reporters, “Whenever you get in a high-stress situation, you kind of freak out. I have to focus on my mental health and not jeopardize my health and well-being. We have to protect our body and our mind. It just sucks when you’re fighting with your own head. … I feel like I’m also not having as much fun — and this Olympic Games I wanted it to be for myself and it felt like I was still doing for other people — and that hurts my heart that doing what I love has been taken away from me.”

.....Continue  at The Daily Wire, Simone Biles WILL Compete In Balance Beam Event On Tuesday