In a telling indication of the brewing discontent among Russians regarding the invasion of Ukraine, a Russian diplomat to the United Nations in Geneva bashed the war as he resigned.

“For twenty years of my diplomatic career I have seen different turns of our foreign policy, but never have I been so ashamed of my country as on February 24 of this year,” Bondarev wrote in a letter addressed to his colleagues.

“The aggressive war unleashed by Putin against Ukraine, and in fact against the entire Western world, is not only a crime against the Ukrainian people, but also, perhaps, the most serious crime against the people of Russia, with a bold letter Z crossing out all hopes and prospects for a prosperous free society in our country,” the letter continued.

“Those who conceived this war want only one thing — to remain in power forever, live in pompous tasteless palaces, sail on yachts comparable in tonnage and cost to the entire Russian Navy, enjoying unlimited power and complete impunity,” he charged. “To achieve that they are willing to sacrifice as many lives as it takes. Thousands of Russians and Ukrainians have already died just for this.”

Bondarev targeted the Russian Foreign Ministry in his letter, snapping, “I regret to admit that over all these twenty years the level of lies and unprofessionalism in the work of the Foreign Ministry has been increasing all the time. However, in recent years, this has become simply catastrophic. Instead of unbiased information, impartial analysis and sober forecasting, there are propaganda clichés in the spirit of Soviet

All copyrights and legal uses attributed to content are located at the article origination: © Daily Wire, Shocking Public Resignation: ‘Never Have I Been So Ashamed Of My Country’ Says Russian Diplomat 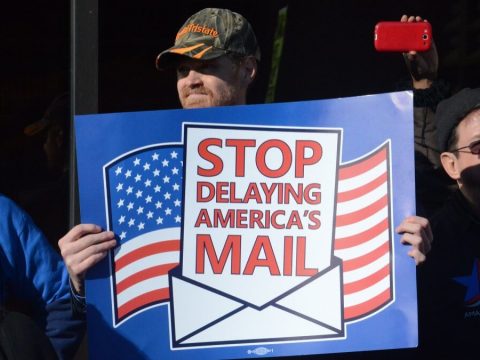 0 4
Air Travel Is a Nightmare. Pete Buttigieg Has a Plan To Make Roads Less Racist.