Home » She Claimed He Raped Her. He Said He Didn’t. Without Any Additional Evidence, The School Chose To Believe Her. 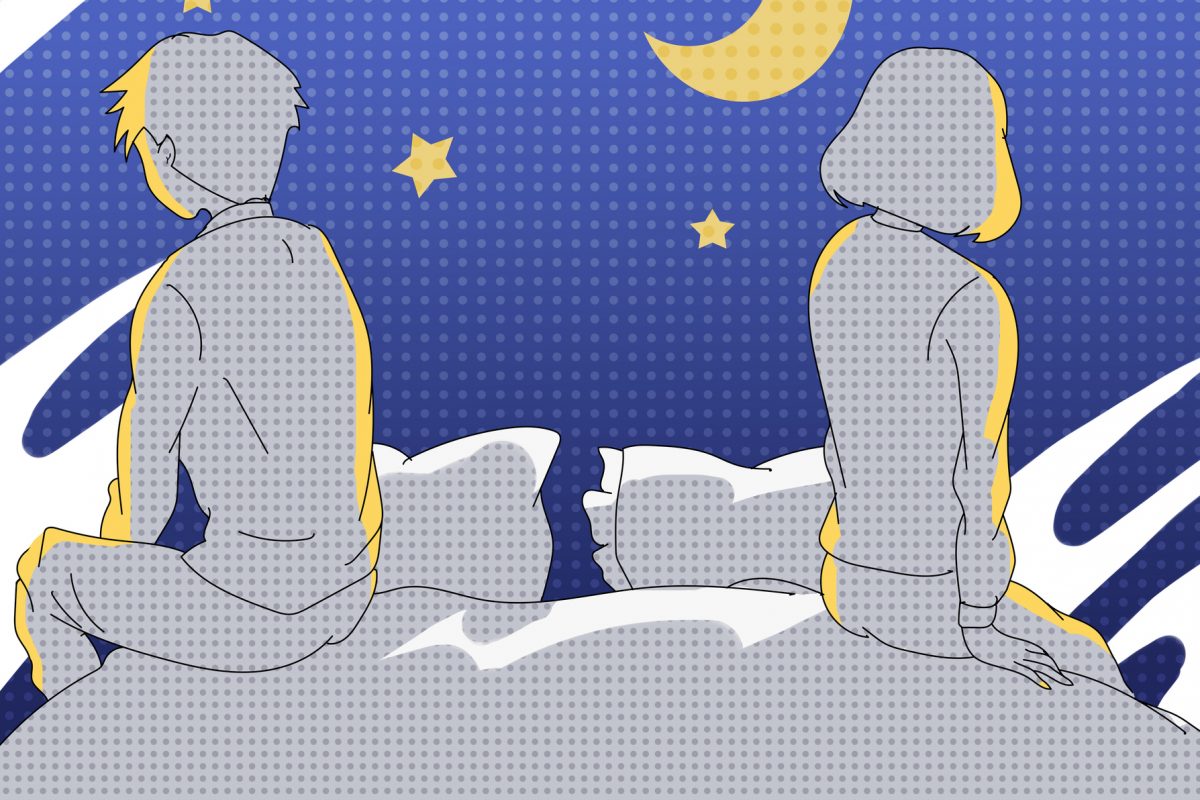 Two students at Washington & Lee University had sex one night in 2017. Both told very different stories regarding the evening, yet as in many cases, the school believed what the female accuser said over the male accused for reasons that appear to be motivated by bias.

The alleged incident involves a student referred to as John Doe in court documents, who as accused of sexual assault by a female student, referred to as Jane Roe. Jane sent an email to Washington & Lee’s Title IX coordinator in charge of investigating such allegations on March 12, 2017, claiming she had been sexually assaulted on March 10. On March 13, the Title IX coordinator, Lauren Kozak, sent John a vague letter saying he had been accused of “non-consensual sexual penetration” and that he would be investigated. The letter gave no details about the allegation but told John not to contact Jane. The letter also told John he would have to meet with Kozak and associate dean of students Jason Rodocker the next day. This letter also said John could choose from a list of Hearing Advisors and also “seek advice and assistance of one Advisor of Choice, which can be an attorney, at your own expense.”

John met with Kozak and Rodocker on March 20, 2017, to tell his side of the story, saying that he and Jane had been “pretty good friends the whole year,” though he admitted it was a “rocky friendship.” John said that on the night in question, he was with his fraternity brothers drinking wine and smoking marijuana. He was also texting with Jane between 6:30 p.m. and midnight, during which Jane repeatedly said she wanted to come over and the two even arranged to meet up.

A few minutes after midnight, John went back to his dorm and texted Jane again “asking if she was going to come over.” Jane arrived at John’s dorm, seemingly “excited to see” him and “ran up to him and gave him a hug,” John says in his lawsuit against Washington & Lee. He also wrote that Jane “didn’t really seem intoxicated” and “was coherent and could walk fine.”

John said the two went to his room and started watching Netflix while sitting on his bed. He told the campus investigators that Jane initiated physical contact with him by grabbing his arm and pulling “it over her body so it was grabbing her breast.” John also said that Jane “kept asking if it would be weird if they hooked up” and “said she didn’t want to just hook up, she wanted a relationship.”

John said he knew Jane had just gotten out of a long-term relationship but said she “turned around and started kissing him.” He insisted she initiated the kissing, but that it was mutual. He said Jane left hickeys on his neck and said she was thirsty, so he gave her a non-alcoholic beverage – which he says they both drank. Further, John said he and Jane removed their own clothes while making out.

“At one point [Roe] was laying on top of him and she said ‘I don’t know if I want to have sex because I think it is going to be weird for our friendship and it will ruin it,” John’s lawsuit said, adding that he told Jane that “it would only be weird if you make it weird.” John says in his lawsuit that Jane then offered to perform oral sex on him, and he agreed, but after “a bit” of time, he pulled Jane back up to him because he “thought it was weird.”

John says that he and Jane then laid on the bed for 20-30 minutes, while Jane repeatedly asked if “sex would ruin their relationship.” John eventually asked if he should get a condom, and Jane “nodded her head and said yes.” He says that Jane enthusiastically participated in sexual activity, requiring him to ask her “not to be as loud because he didn’t want anybody to hear them.” He said Jane left the next morning while he was still in bed and later texted him to ask what time they had sex, which he thought “seemed like a weird question to ask.”

Jane would claim she was sexually assaulted the day after she left John’s dorm.

Washington & Lee’s investigation found that Jane had visited several houses before ending up at John’s. At one of these homes, Jane had consensual sex with another man before leaving his place around midnight. She returned to her residence after midnight before John texted her to come over.

The investigation also claimed Jane said she was tired and wanted to sleep, but that the two began kissing. The investigators claimed Jane’s clothes “were removed at some point” and that “she was not wearing underwear.” The investigative report glossed over the discussion about the condom, saying “[a]t some point, [Doe] put on a condom and vaginal/penial penetration occurred.”

John’s lawsuit claims the investigators treated these claims as facts and undisputed.

Jane told investigators she ate pizza and drank four glasses of wine over a three-hour period but “wasn’t feeling very intoxicated.” She claimed that John initiated the kissing and that she kept telling him she didn’t want it to go any further than that because she only saw him as a friend. She claimed that John kept trying to convince her to have sex but she wanted to leave. She said she didn’t feel comfortable staying the night but eventually fell asleep. She claimed she woke up the next morning and saw a used condom near the bed and asked John if they had sex the night before. Jane claimed she didn’t remember having sex with John and was “shocked” when he said they had. Jane told investigators she believed she wasn’t conscious when John penetrated her.

She claimed the hickeys on her neck “felt more like bruises.”

The investigation also determined that on the evening of March 11 – the day Jane left John’s dorm room, she informed the first man she had slept with the previous night that she went to a friend’s house after and was raped. Jane would tell the school this a day later. The “sober driver” who took Jane to John’s dorm said she was walking and talking normally but was “fairly drunk.” He said she was speaking coherently and he didn’t have to help her walk.

Dr. Janet Boller, Clinical Psychologist and University Counselor, determined after several meetings with Jane that she suffered from “Acute Stress Disorder” brought on by a “traumatic event” – the alleged incident between her and John.

Boller’s letter to investigators is important because she trained the school’s disciplinary committee on trauma and investigations, which U.S. District Court Judge Norman K. Moon – a President Bill Clinton appointee – determined may be an example of gender bias. Boller’s letter stated that it was her “clinical opinion” that Jane was traumatized and therefore telling the truth.

The Washington & Lee investigators acknowledged that “[b]ecause the statements of the parties as to whether consent was present differ in crucial ways, the hearing panel must evaluate the credibility of the parties to determine whether [Roe] met her burden of proof to show that nonconsensual sexual penetration occurred by a preponderance of the evidence.”

The report tried to bolster Jane’s credibility by saying she couldn’t remember certain parts of the event and that Boller’s assessment was that Jane’s “symptoms are consistent with the experience of a traumatic event.”

The panel decided for various reasons that John’s account was not credible, claiming the amount he drank and smoked right before meeting Jane wouldn’t impact his memory, even though they determined Jane’s much earlier drinking would impact her memory. The panel determined Jane was asleep or nearly asleep when John had sex with her and suspended him for one year. John appealed but failed, so he filed a lawsuit, which Washington & Lee tried to dismiss.

Judge Moon refused to grant summary judgment for John’s gender discrimination claim, which can be viewed as a win for the student. In many other situations such as this, the school has agreed to settle with the accused student rather than risk a trial. 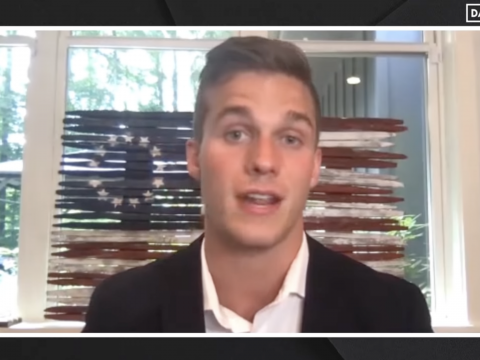 0 131
‘They Are The True Conspiracy Theorists’: Cawthorn Slams Russia Rumors 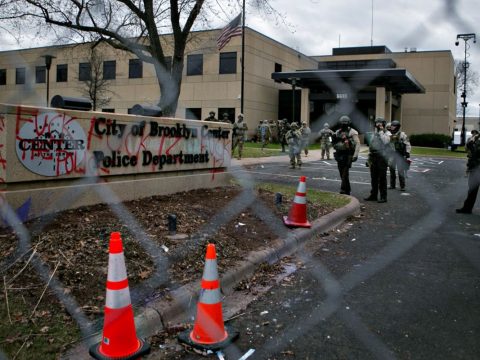 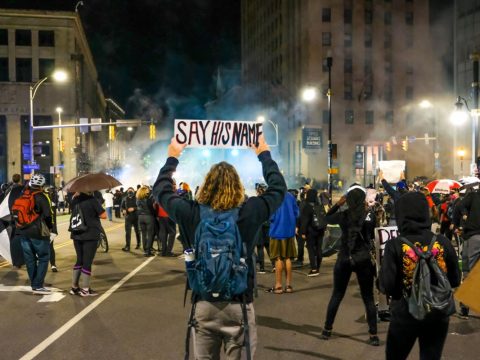 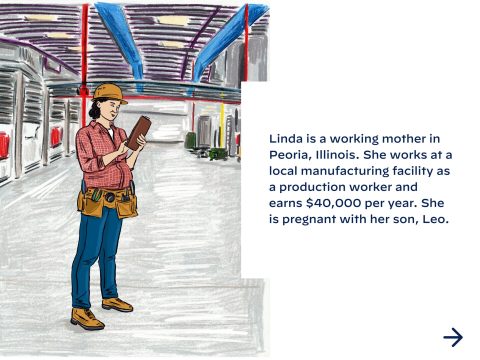