Grassroots Law PAC, a group backing political candidates who “fight to end oppressive policing, incarceration and injustice,” contributed almost $31,000 in February to Potrero Performance Dogs in California for “contractor services,” according to Federal Election Commission (FEC) filings. But the PAC’s co-founder, King, posted on Facebook days later about “new member of the King family,” referring to a mastiff show dog bred by Potrero, according to the Free Beacon.

“These financial irregularities are disturbing and ought to cause donors to think twice before supporting this group in the future,” Hayden Ludwig, a senior investigative researcher at the right-wing think tank Capital Research Center, told the Daily Caller News Foundation.

SEATTLE, WA – MARCH 08: Shaun King, a Black Lives Matter leader and writer for the New York Daily News, speaks a rally at Westlake Center on March 8, 2017 in Seattle, Washington. The rally was co-hosted by Seattle City Councilmember Kshama Sawant and Socialist Students USA in honor of International Women’s Day, to stand up for reproductive rights and economic equality for women. (Photo by Karen Ducey/Getty Images)

King, who co-founded Grassroots Law PAC in 2020 and was a vocal supporter of Independent Vermont Sen. Bernie Sanders’ presidential bid in 2020, has been rebuked for his past financial dealings. DeRay Mckesson, who sat on the board of another PAC founded by King in 2015 called Justice Together, which disbanded in 2015, accused King in 2019 of concealing PAC finances and misrepresenting the group.

Another group King co-founded, the Real Justice PAC, was also ordered by the City of Philadelphia in December 2021 to pay $30,000 for campaign finance violations in connection to Philadelphia District Attorney Larry Krasner’s race, the Philadelphia Inquirer reported. Last year, the mother of a 12-year-old black boy killed by police slammed King and Grassroots Law PAC for fundraising off the incident.

Grassroots Law PAC did not respond to a request for comment, nor did King or Protrero.

0 3
Why Won’t The Pulitzer Board Answer Trump On Whether Its ‘Review Process’ Is Legit Enough To Revoke Prizes For Russia Hoax Propaganda? 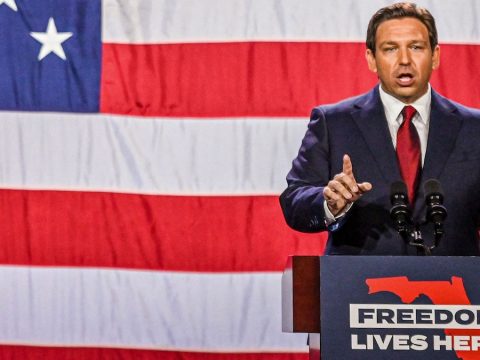