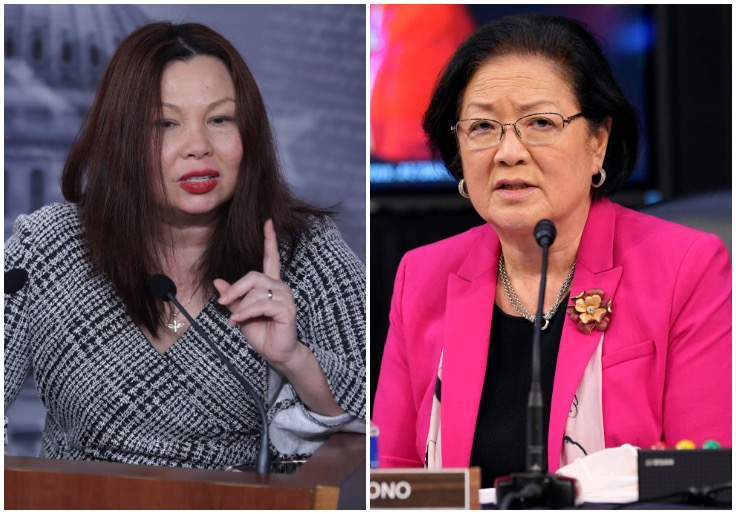 Duckworth relayed the decision to reporters on Tuesday afternoon. She called the lack of Asian American representation in President Biden’s cabinet “unacceptable,” vowing to oppose all White House nominees “until they figure this out.”

She also confirmed that she will now opposed top Pentagon pick Colin Kahl, whose nomination has already been delayed by Republicans. She noted, however, that her moratorium would not apply to “diversity” nominees supported by congressional minority caucuses or to LGBTQ nominees.

Hirono joined Duckworth’s pledge Tuesday evening, calling the move “very serious” in light of Biden’s “commitment” to appoint a diverse cabinet. While the Constitution does bar any religious test for high office, it does not mention a racial test.

Duckworth said that the ultimatum was triggered by a Monday evening conversation with deputy chief of staff Jen O’Malley Dillon. According to Duckworth, O’Malley Dillon made an “incredibly insulting” reference to Vice President Kamala Harris’s Asian heritage.

“To be told that you have Kamala Harris, we are proud of her, you don’t need anybody else is insulting,” Duckworth said. “That’s not something you would say to the black caucus.”

Given the Senate’s 50-50 party split, Duckworth and Hirono may derail contentious Biden nominees like Kahl if their demands go unresolved.